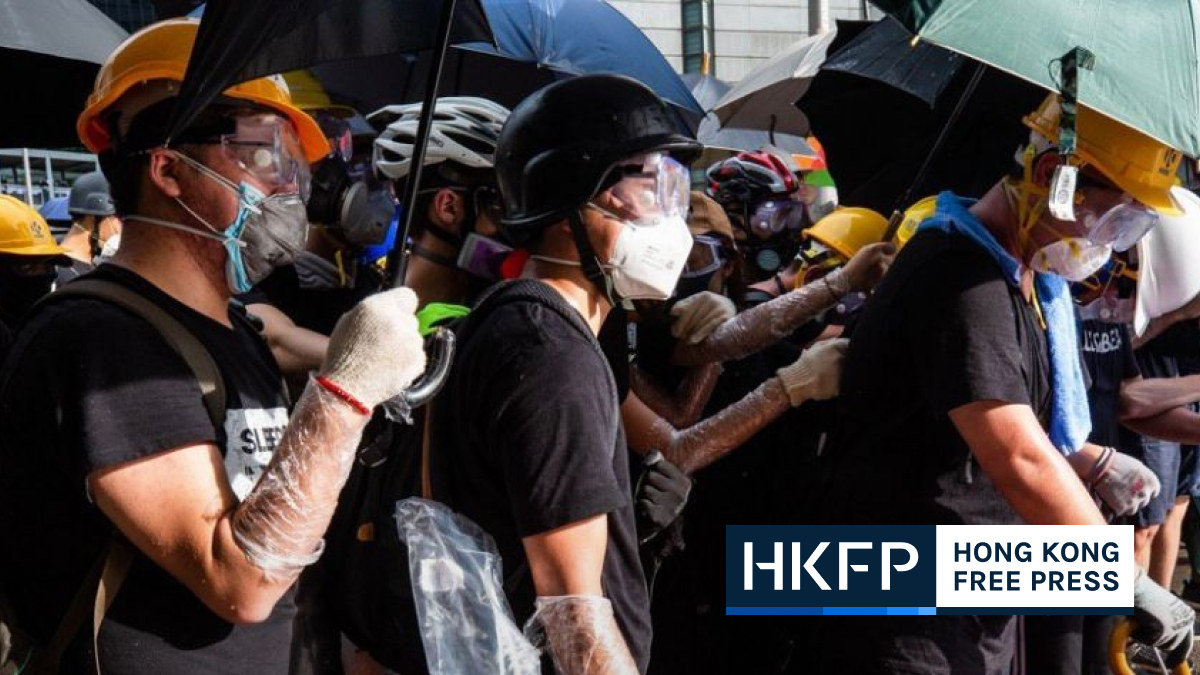 More than 80 per cent of some 2,000 court cases linked to the 2019 protests triggered by the now-axed extradition bill have been concluded at different levels of court in Hong Kong, documents submitted to the legislature have revealed.

As of February 28, a total of 2,079 cases related to the months-long citywide unrest have been or are being handled by the courts, the Judiciary said in a written reply to the Legislative Council Finance Committee, which was set to review the government’s expenditure estimates for 2022 to 2023 starting on Friday.

Among the cases, more than 1,700 – or around 83 per cent – were completed. The courts also proceeded or are proceeding with 85 national security cases as of February 28, including bail applications made under the sweeping legislation imposed by Beijing on June 30, 2020.

The handling of protest-related cases was “more complex” and required longer hearing periods compared to regular criminal cases, the Judiciary said. A number of cases involved more than 10 and up to 50 defendants, which brought along a large group of legal representatives, media and public court attendees, while evidence was often presented in the form of “voluminous video recordings.”

“The rapid and substantial upsurge in social events cases since 2020 has been bringing unprecedented challenges to the Judiciary in terms of judicial resources, manpower support, competing use of court premises, media and security arrangements,” the Judiciary wrote.

To cope with the high number of protest cases, the Judiciary increased the number of criminal judges at the District Court by around 50 per cent and extended court hearings beyond regular sitting hours.

The largest courtroom at the West Kowloon Law Courts Building was also converted into a mega courtroom that could accommodate as many as 54 defendants and 100 legal representatives. A total of 50 seats were made available to family members of the accused or members of the public.

A high-profile subversion case involving 47 pro-democracy figures who were first brought to court in March last year has yet to see a trial date, however, with dozens among them detained for more than a year pending trial under the national security law.

As of January 31, there have been 10,277 arrests in connection with the 2019 protests, according to police figures cited in a separate written response from the Department of Justice. The courts have convicted 1,158 people, bound over 297, put six under a “care or protection order” and found four guilty of contempt of court in civil proceedings.

The sentences handed down in protest-related cases varied from fines of HK$100 to $41,000 to imprisonment of four days to 12 years. Other penalties included suspended sentences of 12 to 24 months, community service of 60 to 240 hours, compensations of HK$120 to $230,000 payable to victims or organisations concerned, as well as being sent to detention centres, training centres and rehabilitation centres.

Between 2019 and 2021, court buildings saw 48 instances of property damage mainly by graffiti, the Judiciary told the legislature, while 17 judges and judicial officials faced 31 incidences of intimidation mostly involving threatening items sent via post.

The Judiciary said it stepped up security measures in light of the incidents by working closely with the police and scaling up patrols in court buildings, with around 60 additional security personnel deployed since last year.

Security screening was introduced in phases as well, with court goers now required to scan their bags under metal detectors at the Court of Final Appeal and the West Kowloon Law Courts Building. The Hongkong Post was also enlisted to screen postal items addressed to court buildings.

The additional security arrangements were estimated to cost around HK$13.8 million.