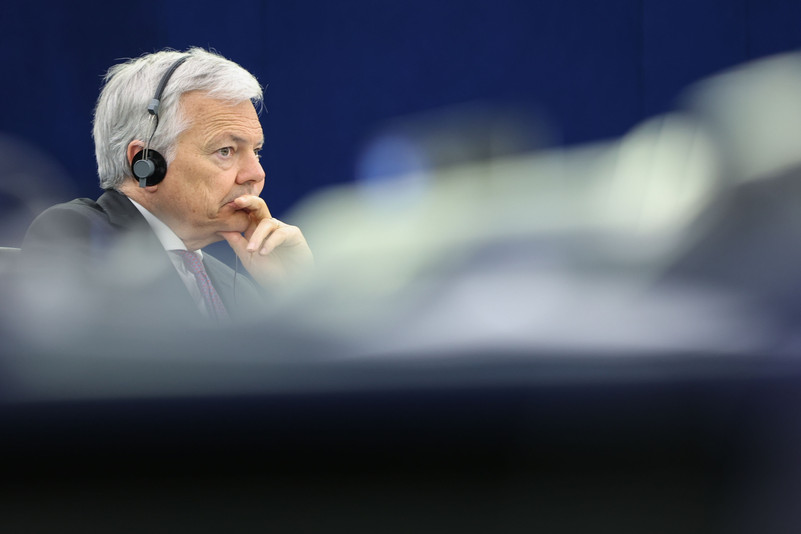 MEPs have urged EU governments and the European Commission not to relax the policing of rule of law and democratic norms for the sake of unity in the face of the Russian invasion of Ukraine.

European lawmakers debated on Tuesday (3 May) the lack of progress in the EU sanctions probe against Poland and Hungary, the Article 7 procedure, which has been moving at a snail’s pace in recent years.

“While Ukrainians are dying for freedom, democracy, and rule of law, it would be cynical to turn a blind eye on attacks on those very same values at home,” centre-right Dutch MEP Jeroen Lenaers said.

He said that solidarity with Poland and Hungary for welcoming Ukrainian refugees after Russia’s invasion is important — but the two countries should not be let off the hook.

“Helping member states should not come at the expense of being silent on rule-of-law issues,” the Dutch MEP said, adding that president Vladimir Putin’s Russia should be a “stark warning” on the danger of not defending those values.

MEPs are expected to adopt a resolution on Thursday calling on member states to make meaningful progress in the Article 7 procedures, which could eventually end in the suspension of voting rights.

Several MEPs have criticised the French EU presidency for not being present at the debate even though the presidency is in charge of organising the procedure in the council.

The commission has triggered Article 7 against Poland in 2017 and the European Parliament triggered it against Hungary in 2018.

But EU governments have been unable to come to a common position on the state of democracy in the two countries. In the case of Poland, EU ministers held five meetings, on Hungary, the French presidency is planning a fourth hearing on 23 May.

Justice commissioner Didier Reynders said on Wednesday that “serious concerns” over the judicial independence in Poland persist, pointing to new draft laws seeking to fundamentally change the structure of the judiciary.

Reynders said that a bill aiming to modify the disciplinary regime for judges is a “positive step”, but warned that what will matter is to what “extent” the legislation will address the requirements set out by the European Court of Justice in its ruling last July.

In the case of Hungary, the commission has recently launched another unprecedented procedure, on top of the Article 7 process, and which could result in suspending EU funds.

While the nationalist governments in Warsaw and Budapest have long been under EU scrutiny over democratic backsliding, Russia’s invasion of Ukraine seemed to have changed the political dynamic.

Hungary’s prime minister Viktor Orbán, who secured a fourth consecutive win at the general election last month, criticised Ukrainian president Volodymyr Zelensky, calling him one of his “opponents”, refused to send arms to Ukraine, and drew a red line at Russian gas imports when it comes to EU sanctions against the Kremlin.

On the other hand, Poland’s premier Mateusz Morawiecki was one of the first EU leaders to travel to Ukraine in a show of support, has been arming Ukraine, and pushed for tougher sanctions — seemingly earning political points.

The majority of MEPs, however, warned that governments should not relent in upholding democratic standards.

He warned that the war in Ukraine means a struggle between “autocracy and democracy, Putin’s model and the European model, tyranny and freedom, brute force and the rule of law”.

“This is precisely why now more than ever it is important to protect our democratic model in Europe,” he argued.

Green French MEP Gwendoline Delbos-Corfield urged EU governments to at last agree that what happens in Hungary, “constitutes a serious breach of EU values”, which does not require unanimity among EU countries.

She also warned that in 2024 Hungary will take over the EU presidency.