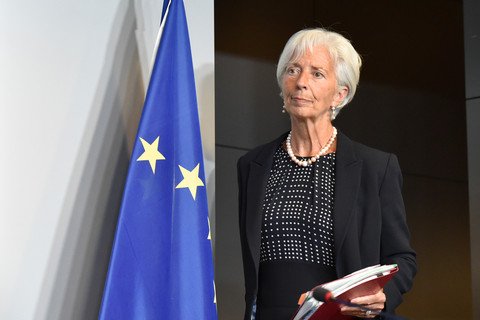 Inflation in the eurozone rose by a record 5.1 percent in January, higher than ECB projections.

Rising prices eat away at savings and increase the cost of living, and central banks have been under pressure to take action.

The Bank of England has already raised interest rates — but Lagarde last week postponed a decision until the next policy review update in March.

Dutch conservative Michiel Hoogeveen said, “governments are living too well.” He pressed Lagarde to raise the cost of borrowing to instil budgetary discipline in one sign of the pressures on her to act.

Meanwhile some MEPs from the greens and the socialists were worried about a premature tightening of monetary policy, warning that higher interest rates could damage economic recovery.

“Increasing borrowing costs, the opposite of what we need,” said Henrike Hahn a German green MEP. “This only slows economic growth and causes unemployment,” she said.

Underlining a threat to jobs, a global investment giant, BlackRock, published a paper in January estimating that unemployment in the EU would be 10 percent higher if the ECB decided to hike rates with the goal of limiting inflation to 2 percent.

The Bank of England has estimated that to achieve a 2.1 percent rate of inflation rather than a business-as-usual rate of 2.6 percent over the next two years, 340,000 people would lose their jobs in Britain.

Dutch Green MEP Bas Eickhout pushed Lagarde on whether any forthcoming ECB rate rises would lead to higher borrowing costs that could in turn harm growth and investment, particularly in southern Europe.

But Lagarde declined to go into details, leaving Eickhout unsatisfied.

“The fact she did not want to answer how she plans to prevent higher borrowing costs … means we will just have to trust them to do the right thing,” Eickhout told EUobserver. “That worries me,” he said.

Describing her decision to hold rates last week, Lagarde said a hike was not the best solution to lower inflation as it is predominantly caused by a shortage of materials, container availability, and higher energy prices in the eurozone.

“High energy prices cause at least 50-percent of today’s inflation. [But] it is not up to the ECB to determine the price of oil,” she said.