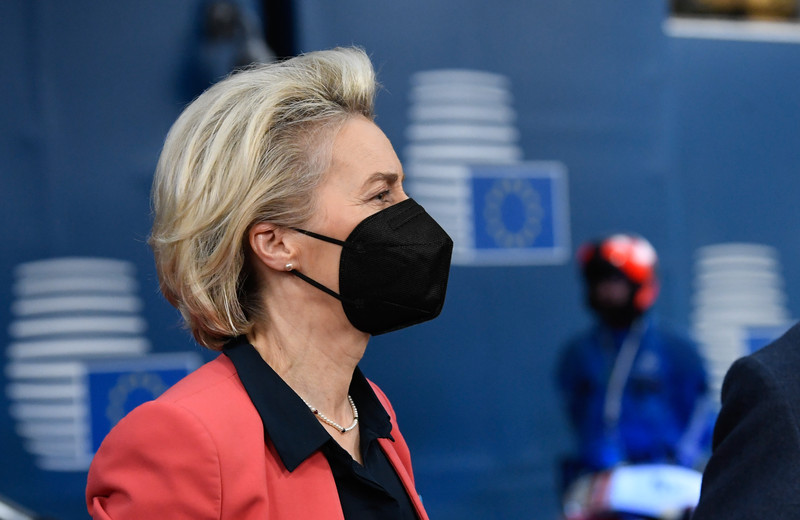 The EU will block technology transfers to Russia, lock out its banks from Europe’s markets, and seize Russian assets in its “massive” reaction to the invasion of Ukraine, EU Commission president Ursula von der Leyen said Thursday (24 September).

“We will target strategic sectors of Russia’s economy by blocking their access to technologies that are key to Russia’s economic base and its chance to modernise,” she said in a press conference in Brussels, speaking ahead of an emergency EU summit later in the day.

“We will freeze Russia’s assets in the European Union and stop Russia’s access to Europe’s financial markets,” she added.

“These sanctions are designed to take their toll on the Kremlin’s financial interests and its abilities to finance war,” she said.

The EU’s foreign policy chief, Josep Borrell, speaking alongside her, said he would coordinate evacuations of EU nationals and EU diplomatic personnel still in Ukraine.

He vowed to make Russia face “unprecedented isolation” on the world stage by reaching out to Europe’s international allies.

Russia’s assault on Ukraine has also prompted debate in Germany and further afield about sending weapons to Ukraine.

“I was against arms deliveries in order to keep channels of communication with Moscow open. That’s over for now. What matters now is defence. Whatever #weapons we can provide, we must deliver to #Ukraine,” Norbert Röttgen, a senior German MP tweeted.

“Innocent women and children are dying or fearing for their lives,” von der Leyen also said Thursday, amid the first reports of casualties from Ukraine in international media.

Borrell called the events “the darkest hours for Europe since the days of World War 2”. “It’s costing many lives, with unknown consequences ahead of us,” he added.

“A major nuclear power has attacked a neighbouring country and is threatening reprisals against any other states that may come to its rescue,” he said.

The EU, on Wednesday night, prior to Russia’s attack, already adopted its first tranche of Russia sanctions by imposing visa-bans and asset freezes on 374 Russian individuals and four entities.

The EU’s “massive” economic sanctions were drawn up last April in coordination with the US and the UK, when Russia began its build up of military forces around Ukraine, but have remained a closely guarded secret.

But an EU sanctions options paper drafted in 2014, when Russia first attacked Ukraine, indicated how far EU leaders might be willing to go.

But no leaders mentioned halting Russian gas or oil imports in the run-up to Thursday’s events.