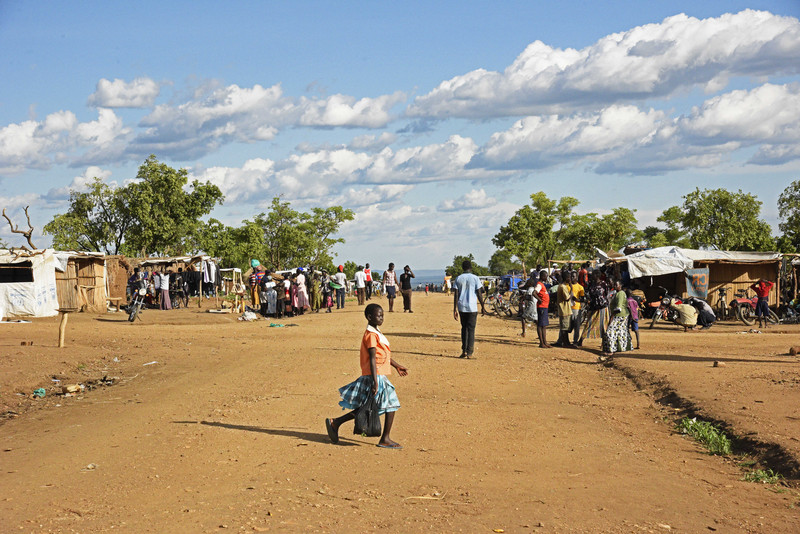 Let’s be clear: so far, the approach to tackling the climate crisis has not been equitable between the European Union and African Union.

Their relationship is bound up in colonial and post-colonial exploitation, and structural inequalities, thrown into sharp relief most recently by rich countries’ failing to do enough to address the vaccine inequity and economic damage of the Covid-19 pandemic.

Negotiations on a new partnership between the two have been on a rocky path. The climate and energy elements have not been helped by an EU-centric European Green Deal approach, without enough attention to increasing climate impacts in Africa, African ownership, and without putting people at the centre of the debate and the solutions.

The African Union in turn, rejecting the European Green Deal approach, has not centred its own vision for solving the climate crisis.

Both sides failed to ensure meaningful participation and inclusion of civil society voices in the development of the partnership. But if they can correct these failures, the EU and AU should be natural partners – exchanging expertise on climate adaptation and loss and damage, developing successful models for just energy transition, and allying for successful outcomes on ambition, finance, adaptation and loss and damage at the next UN climate summit, COP27, hosted by Egypt in November.

On 17-18 February leaders of the African Union and European Union will meet at a summit in Brussels where they will confirm a new partnership covering global challenges.

Heads of state from the EU and AU will sit down together at various roundtables, including one on climate and energy transition, digital and transport (connectivity and infrastructure) where Egypt is touted to head a discussion on COP27.

An investment package built on existing funds from the EU budget’s Global Europe Instrument will be showcased at the summit, with Brussels busy trying to drum up further support from EU and African Union member states and institutions in the final days.

Key tests will be how the summit deals with climate impacts and solutions.

Africa is particularly vulnerable to climate change whilst having done least to cause it. Africa has been experiencing record-breaking heat in the last years, and millions are right now facing severe hunger due to devastating drought in eastern Africa.

The forthcoming IPCC report on adaptation, impacts and vulnerability, to be adopted by governments by 25 February, will lay bare the latest assessments.

With the summit a first major milestone after COP26, the EU and AU should demonstrate that they will make clear progress on and go beyond the Glasgow Climate Pact, which failed to deliver enough for climate vulnerable countries, including missing the $100bn [€88bn] climate-finance commitment.

This requires the EU to scale up its climate finance, and re-orientate its focus and show that it is serious about upping its game on adaptation and addressing losses and damages, to regain trust of climate vulnerable countries.

It can do this through increasing financing (at COP26, parties agreed to double adaptation finance by 2025), supporting African adaptation initiatives, and learning from African communities’ expertise on locally-led adaptation, including indigenous peoples’ knowledge and guardianship of nature protection and restoration.

Crucially the EU needs to show that it is ready to move forward the agenda on loss and damage finance by engaging with African countries to understand needs on the ground, and with their negotiators to build a constructive path towards the Glasgow loss and damage dialogues to be held in June.

Furthermore, without strong action from the EU at home to rapidly scale up and accelerate its own emissions reductions, and phase-out fossil fuels, Africans face even greater risks from climate impacts.

The other side of the coin is supporting livelihoods, households and businesses through renewable energy solutions.

African countries themselves have identified renewable energies as a key contribution to their national climate plans submitted to the UNFCCC.

In a vast and diverse continent this requires understanding and tailoring to needs in different regions and localities – from clean cooking to developing green industries.

The EU’s much-touted Global Gateway Strategy, set up as an offer to counter Chinese investment and with first projects to be showcased at the summit, will likely focus on big energy infrastructure.

While important, it’s much easier for these projects to attract public and private investment. A key test will be how smallholder farmers, hard to reach communities, and informal workers who make up the backbone of many countries’ economies, can be supported towards universal 100 percent renewable energy access, an end to energy poverty, and solutions to support women’s and household needs, as well as the future generations.

At the same time the EU should commit to an end to any finance in fossil fuels which undermines these goals.

In higher income countries the partnership should support a just transition out of fossil-fuel industries and into quality green jobs and healthy environments.

A just energy transition partnership between the governments of South Africa, the EU and others at the last COP is a step in the right direction, if designed right.

The EU and African countries should now go on to develop successful partnership models, involving all stakeholders in the planning, incorporating finance for infrastructure and affected communities, technology transfer, technical assistance and training, and just transition funds for affected workers and communities.

The EU and African countries can’t afford not to repair relations and make the most out of this summit. They need to work for concrete outcomes that balance years of neglecting tackling people’s and environmental needs in an equal, fair, inclusive way.