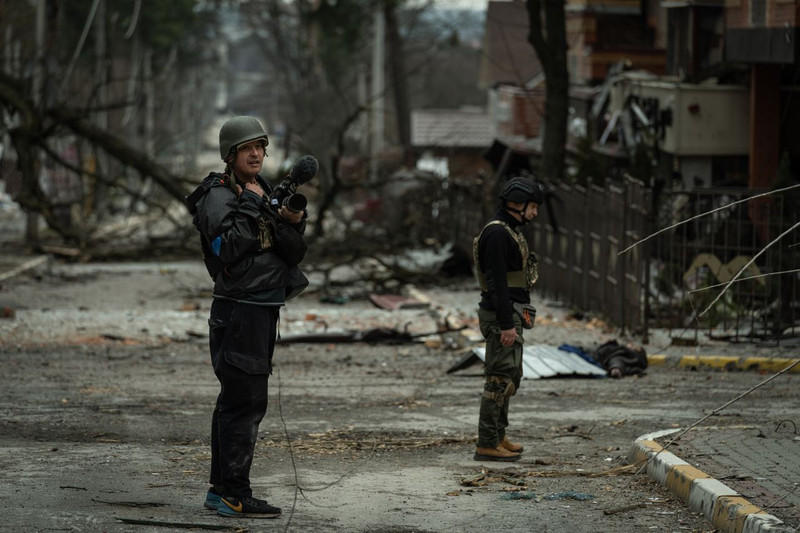 There is a major new battle coming in east Ukraine and Russia’s war could drag out for “years”, Nato secretary general Jens Stoltenberg has said, dampening optimism over Russia’s recent pull-back from Kyiv.

Russian president Vladimir Putin could end the war overnight if he chose to, Stoltenberg told reporters on Thursday (7 April) after speaking to allied foreign ministers in Brussels.

“But we need to be realistic and we have no indication [that] president Putin has changed his overall goal and that is to control Ukraine and to achieve significant battlefield victories,” Stoltenberg said.

“We don’t see a Russian retreat. We see a regrouping and Russian forces moving out of northern Ukraine and to the east and we expect a big battle in Donbas [a Ukrainian region],” he added.

“This war may last for weeks, but also months and possibly also for years,” Stoltenberg said.

“The battle for Donbas will remind you, I say it with regret, but it is true, it will remind you of World War II. With large operations and manoeuvres, using thousands of tanks, armoured vehicles, aircraft, and artillery,” he said, based on his assessment of Russian preparations.

“The more weapons we get, and the sooner they arrive in Ukraine, the more human lives will be saved,” Kuleba said.

“It’s clear that Germany can do more,” he added. “The issue that concerns me the most is the length of procedures and decision making in Berlin. Because while Berlin has time, Kyiv doesn’t,” he said.

Ukrainians are paying the highest price for Russian aggression, but as long as fighting goes on, all of Europe would have to live with the threat the war could “escalate beyond Ukraine”, Stoltenberg said.

And even if it was to end tomorrow, it would still have long-term consequences, he added.

One of these could be Finland and Sweden opting to join Nato, with both countries’ foreign ministers also at Thursday’s talks.

“There is an important Nato summit in Madrid in June. Of course Nato is wondering whether Finland and possibly Sweden will have submitted their membership applications before that,” Finnish foreign minister Pekka Haavisto said, Reuters reports.

Stoltenberg paid an impassioned tribute to the “bravery, the courage” of Ukrainians which, he said, has “inspired us all”.

He deplored the “horrific murders” of Ukrainian civilians in the town of Bucha, but said any reports of Ukrainian violations of UN war conventions should also be investigated.

EU countries are preparing to impose a new raft of economic sanctions and blacklistings over the Bucha massacre. They have also expelled more than 200 Russian diplomats from their capitals this week in disgust at Putin’s tactics.

The German intelligence service, the BND, has intercepted Russian military officers discussing the Bucha killings in a way that shows they were deliberate and premeditated, German newspaper Der Spiegel reported Thursday.

Russian mercenaries from the Wagner group played a leading role and similar atrocities were committed in the Ukrainian town of Mariupol, the BND intercepts indicated.