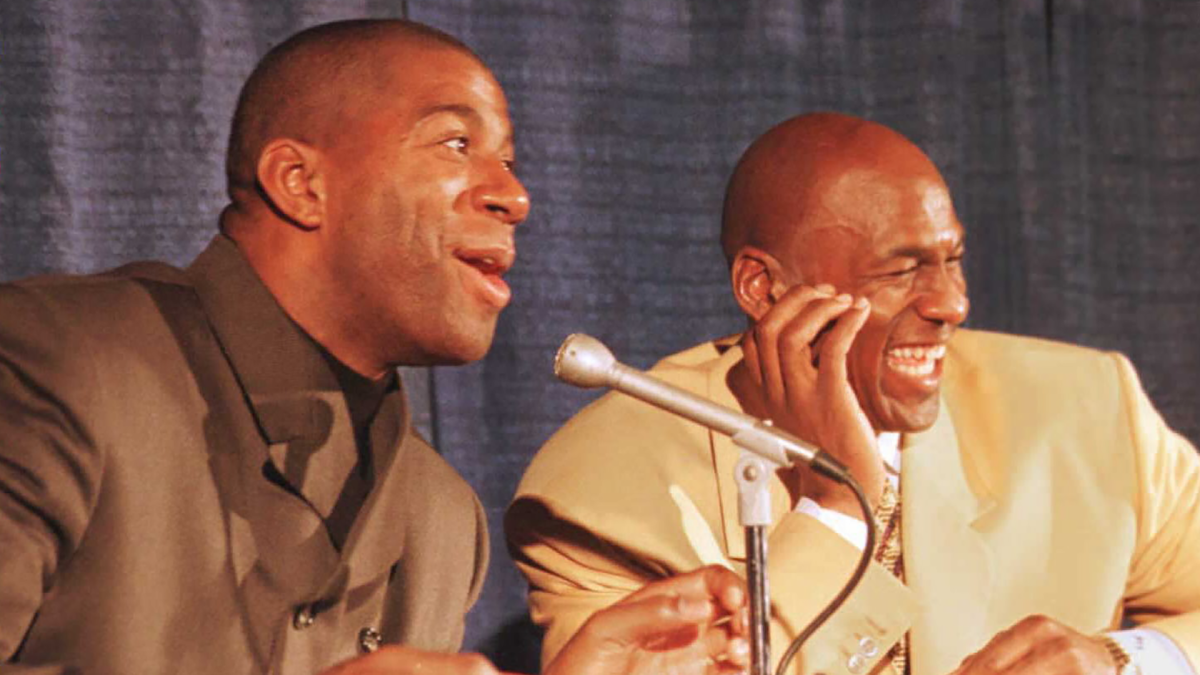 joined Thursday, where he talked about his new docuseries . In particular, at one point he spoke of his own in the NBA in early 1996 after nearly five years away due to his HIV diagnosis. In his second game back, Johnson’s Los Angeles Lakers took on future world champion Chicago Bulls, who were stacked with a roster consisting of , and .

“They really showed me the difference between a champion team and a playoff team,” Johnson said. “They were a championship team, we were just a regular team. And they played me so hard. They were physical, they pushed me around…” “They roughed you up,” interjected. “Oh , no doubt about it,” Johnson replied.

Next, Johnson revealed the advice Jordan gave him after the game.

“Michael, after that game he pulled me aside – I don’t think I’ve told anyone yet,” Johnson said. “He met me between the locker room and he was like, ‘Earvin, you gotta remember now, you’re not with, you’re not with James Worthy. All the guys you used to play with, showtime , are no longer on this Laker team. So remember, maybe you should think about retiring.

In May of that year, after two-time world champion Houston Rockets knocked his Lakers out of the playoffs, Johnson took Jordans advice and for good at the age of 36. But all these years later, Kimmel still has thoughts on Jordan’s advice to Johnson. .

Watch Rosie Perez Reminisce About Her ‘Favorite Memory’ Of Tupac Shakur: ‘He Held My Hand To Make A Guy Jealous’: