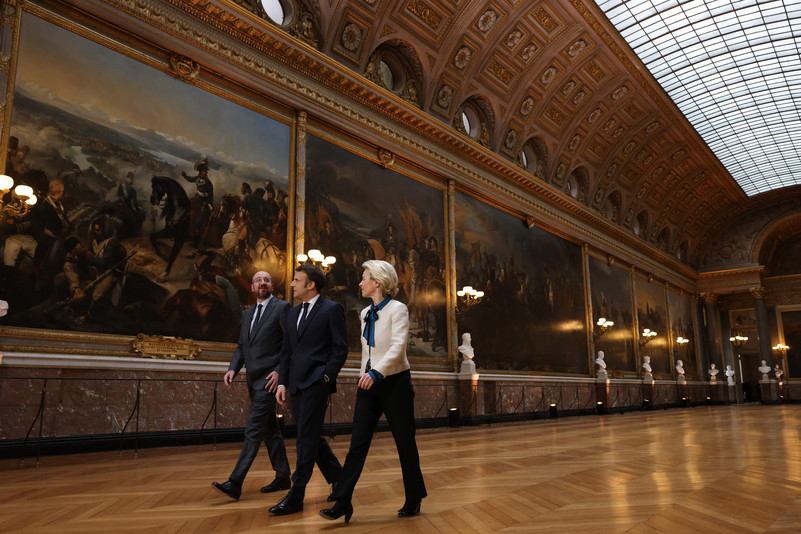 European leaders welcomed France’s re-election of centrist president Emmanuel Macron Sunday (24 April) as a vote of confidence in the EU.

The Belgian president of the EU Council, Charles Michel, said Europe needed a France that was “totally engaged” in this “turbulent period”, referring to Russia’s war on Ukraine.

Macron’s win was much smaller than the last time he saw off Le Pen — with 66 percent of the vote in 2017 — and turnout was 2 percent lower, in a sign of French fatigue with both candidates.

The incumbent liberal had tacked to the right in his campaign, for instance by declaring a war on what he called Islamic separatism, while Le Pen had tried to sound less radical, dropping talk on leaving the EU or the euro.

But for all her softer rhetoric, the French left-wing and Green candidates also welcomed Macron’s election Sunday.

Le Pen’s defeat was “good news for the unity of our people,” left-wing politician Jean-Luc Mélenchon said. “We avoided the worst, but the country is more divided than ever,” Green former candidate Yannick Jadot said.

And this divisions might yet be laid bare in parliamentary elections in June, with Macron’s own camp, as well as the far right, predicting a tough fight for Macron to keep his ruling majority among MPs.

“We will not spoil the victory … but (Le Pen’s) National Rally has its highest score ever,” Macron’s health minister Olivier Veran told French TV.

“The French showed this evening a desire for a strong counterweight against Emmanuel Macron, for an opposition that will continue to defend and protect them,” Le Pen said while conceding defeat, Reuters reports.

And Eric Zemmour, a far-right TV pundit who had also run for president, called on “the national bloc to unite and gather together” ahead of the June vote.