Shane Warne’s state funeral at the MCG tonight will be a reminder of how the cricket legend was able to relate to people from all walks of life, according to his former captain Mark Taylor.

More than 50,000 people are expected at the famous ground, the stage on which Warne gave some of his most memorable performances.

Taylor pointed to the huge crowd as evidence of Warne’s impact on people.

“It shows how admired Shane Warne was,” he told Wide World of Sports.

“He’s one of those guys where you hear lots of stories about him, some good, some not so good, but the overriding emotion is that he’s been an outstanding contributor to the game of cricket, and Australia in general.

“People resonate with him, he was the guy everyone could relate to.

“Some people said he was difficult to work out, I found him very simple to work. He was a guy who loved his sport, loved a good time, and that came through.

“Even the very small percentage of people who weren’t admirers of Warnie still kept an eye on what he was doing, and what he was up to.” 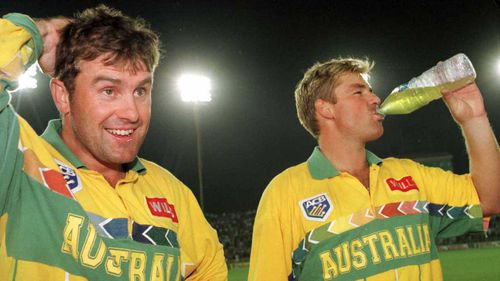