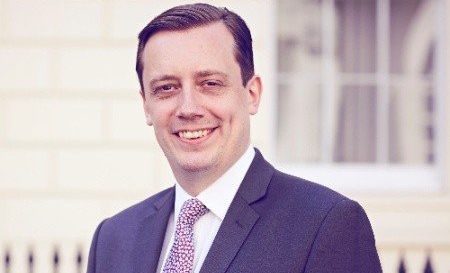 At the beginning of August, while in the middle of her Conservative leadership election campaign, Liz Truss came up with a policy that would have meant civil servants working outside London and the south-east of England would be paid less than those based in other regions of the UK.

Her “regional pay boards” to set Civil Service pay would have matched salaries according to those in local labour markets, meaning a teacher, nurse or police officer in Leeds or Wolverhampton would be paid less for doing the same job as someone in London or Woking.

It was a policy that lasted only a few hours before Ms Truss was forced into a humiliating U-turn, as it became clear a claimed £8.8bn in savings could only be achieved by cutting wages across the public sector.

Where did this “war on Whitehall waste” idea come from? We got a big clue on Tuesday, just after Ms Truss had filled the main positions in her Cabinet and announced the appointment of Matthew Sinclair as her chief economic advisor.

Mr Sinclair, who studied at the London School of Economics, is a director of accounting giant Deloitte, as well as a former chief executive of the hard-right economic think tank The TaxPayers’ Alliance (TTA).

Not a lot is known about how TTA is funded – largely because the organisation does not want us to know – but it has played a pivotal role in forming the economic thinking of MPs on the right of the Tory party for more than a decade.

Back in 2012, while at the TTA, Mr Sinclair argued for the scrapping of national pay deals for civil servants.

In an article in the Guardian, he wrote: “Ending centralised pay bargaining would mean better value for taxpayers, better services for those who rely on them, and a fairer deal for public sector workers overall.

“There is no reason workers in some regions should get an arbitrary windfall, and others unnecessary hardship, simply because of the quirks of national pay bargaining.”

If you want to know where our new Prime Minister’s theory that tax cuts drive economic growth comes from, look no further than Mr Sinclair.

He has long been an advocate of low taxes and is believed to be driving the Prime Minister’s plan to raise income tax thresholds, reverse Rishi Sunak’s 1.25 per cent rise in national insurance and suspend the green levy on energy bills.

Indeed, he has never been a fan of much when it comes to spending on tackling climate change, and advocated the abolition of the government’s Green Investment Bank – which is now independent of government and called the Green Investment Group.

In 2016 he said: “I think we’ve pushed energy efficiency too far, too fast. Not really more ‘efficient’, just warmer.”

Indeed, Mr Sinclair appears to be more interested in mining asteroids and terraforming Mars than the environment on his own planet.

One of those cuts to the public sector he may bend Ms Truss’s ear about is the abolition of the Equality and Human Rights Commission, which he advocated while at the TTA.

Mr Sinclair has never made any attempt to hide his views and enjoys putting them in book form. In 2010 he edited How to Cut Public Spending (And Still Win an Election). The following year he authored Let Them Eat Carbon: The Price of Failing Climate Change Policies, and How Governments and Big Business Profit From Them.

The titles alone not only provide insight into Mr Sinclair’s beliefs, they also give a hint of what Ms Truss wants to hear.

He added: “It very much aligns with Truss’s stance on tax cuts and reducing costs within Whitehall. Matthew is openly known to be against tax increases – in particular for the wealthy – and I would expect he will be on the side of radical reform to the UK tax system, but I’m not sure if he or the Government will have enough time to see through that agenda.

“I don’t have any doubt in Matthew’s capability to advise the new Government, but I would be concerned about the lack of counterbalance he provides, given the existing views of Truss, Kwasi Kwarteng and Jacob Rees-Mogg. Truss is vehement in her economic strategy but the lack of diversity on this stance is a real gamble in my view.”

Russ Mould, investment director at AJ Bell, added: “The appointment of Matthew Sinclair is further confirmation – not that it is particularly needed – of Prime Minister Liz Truss’ preference for a tax-cutting, deregulating administration.

“Even those who share his philosophy may have to reluctantly accept that the early 1980s were very different from the situation that faces the Truss Government, in that the UK’s national debt to GDP ratio was barely 40 per cent then compared to more than 90 per cent now, and interest rates were falling from double-digit levels rather than rising from record lows. As a result, there is on the face of it, little or no money in the kitty and much less room for manoeuvre.”

That lack of money “in the kitty” is unlikely to prevent Mr Sinclair pushing a tax-cutting, cost-slashing agenda. One which the Prime Minister will consider a validation of her policies to drive growth.