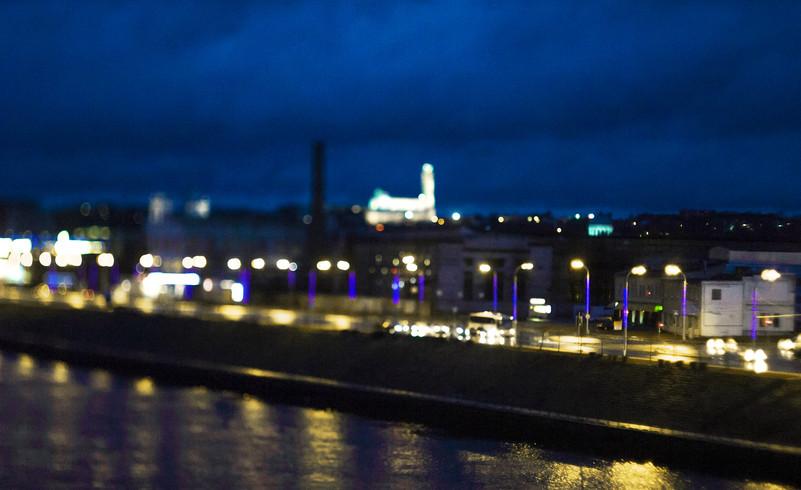 Baltic states are to ban all Russian tourists in some 10 days’ time, but Nordic countries are not joining the move amid uncertainty over its legality.

Estonia, Latvia, and Lithuania announced the ban at a meeting of Baltic and Nordic foreign ministers in Kaunas, Lithuania, on Wednesday (7 August).

It means they would not just stop issuing new Russian tourist visas, but also refuse to honour Russian visas granted by other members of the so-called Schengen travel zone, which covers 22 out of the 27 EU countries, as well as Iceland, Liechtenstein, Norway, and Switzerland.

“It means Russians will not be able to cross the border,” Latvian foreign minister Edgars Rinkevičius said, citing moral, political, and security reasons to curb Russian holiday-making in the EU amid the Ukraine war.

Estonian foreign minister Urmas Reinsalu spoke of stopping “an invasion of Russian people” into Estonia, referring to a recent spike in visitors.

The tourist-ban move was “fully in line with comprehensive European regulations”, he claimed, while inviting other EU countries to join it.

Lithuanian foreign minister Gabrielius Landsbergis said other EU capitals had nodded approval to the Baltic plan when it was floated at informal talks in Prague last week.

He said it would enter into force from 15 or 16 September.

The Baltic trio said they’d go ahead on the basis of national security measures and would exempt several categories of Russians, such as humanitarian workers, dissidents, lorry drivers, relatives, diplomats, and asylum seekers.

The details still remained to be worked out, a Lithuanian diplomat told this website.

But Finland, which has the longest Russian border of any EU state, opted to wait until the EU Commission had issued legal advice before going further.

Finland had already slashed the number of new tourist visas it was giving to Russians by 90 percent so that there were no more left for September, its foreign minister Pekka Haavisto noted in Kaunas.

But it was unsure how to treat Russians entering on visas issued by other Schengen countries who were using Helsinki airport to transit to Italy or Spain, for instance.

“We’ve done what we understand is possible in the Schengen context,” he said.

“We’re waiting for European Commission guidance on how to handle all of Schengen,” Haavisto added. “Can you actually cancel the Schengen principles? This is still unclear. We have this legal problem,” he said.

Denmark, Iceland, Norway, and Sweden also held back despite echoing the Baltics’ views.

Danish foreign minister Jeppe Kofod said Copenhagen had put Russia in the same category as Eritrea, Somalia, and Syria in terms of how hard it was for Russians to now get Danish entry permits.

It was a “provocation” to see Russian tourists having fun on European beaches and in shops and cafes while Russian soldiers bombed Ukrainian cities, killed civilians, and committed “war crimes”, he added.

But Denmark would not be going beyond the current EU-level Russian visa sanctions either, he indicated.

EU foreign ministers in Prague last week agreed to freeze a 2007 visa-facilitation agreement, meaning the costs of Russian tourist visas would soon go up from €35 to €80 and fewer of them would be issued across the bloc.

They stopped short of a full ban after France, Germany, and Hungary objected due to fears it might isolate ordinary Russians.

Poland, another EU state with a Russian border, had called for stricter measures in Prague.

Warsaw declined to react to the Baltic initiative on Wednesday, but a Polish diplomat said it had a near blanket ban on new Polish visas for Russians anyway.

Poland was letting in dissidents and independent journalists on a case-by-case basis, as well as honouring other Schengen states’ visas.

But it was not issuing new entry permits for study, sports, family visits, work, or tourism.

The EU Commission could not immediately reply when asked by EUobserver if the Baltic measures were in conformity with their Schengen obligations.