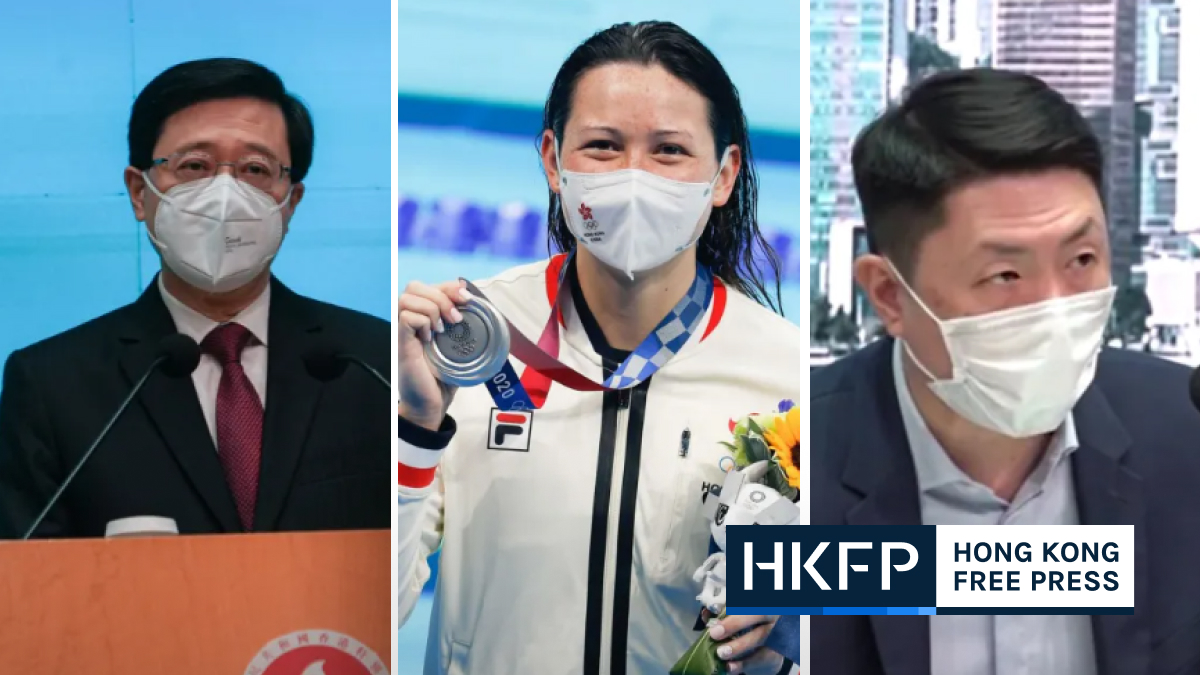 Hong Kong has granted top awards to hundreds of public figures including its current leader, civil servants and people from sectors ranging from health to sport in recognition of their contributions to the city.

According to a list of the appointees released to the media on Tuesday, seven people received the most prestigious Grand Bauhinia Medal.

Among them was Chief Executive John Lee, who was honoured for his “sterling contributions during his tenure as the Secretary for Security and the Chief Secretary for Administration,” the list read.

Since the 1997 Handover, the Hong Kong government has issued the awards annually to acknowledge outstanding public service contributions, excellence in respective fields and “acts of bravery which deserve public recognition.”

The presentation ceremony will be held later this year, though a date is yet to be announced.

Last month, the government revoked honours that had been awarded to pro-democracy figures Benny Tai, Yeung Sum and Sin Chung-kai. Honours may be removed if a recipient has been convicted of an offence.

Contributions during the pandemic

Covid-19 experts were among those whose contributions to the community were acknowledged.

The University of Hong Kong’s professor Ivan Hung was awarded a Bronze Bauhinia Star for his “notable contributions as a specialist in infectious disease, gastroenterology and hepatology” and as the co-convener of a committee that oversees clinical events following Covid-19 vaccinations.

“He tenders scientific and impartial opinions on the safety of Covid-19 vaccines which are extremely crucial in upholding public confidence in the safety of the COVID-19 vaccines,” according to the list of awardees.

Lau Yu-lung and and Wallace Lau, both professors at the University of Hong Kong, were similarly awarded a Bronze Bauhinia Star for their work in the city’s Covid-19 vaccination drive.

“[Lau Yu-lung] has actively updated members of the public about the Covid-19 vaccines and enhanced their understanding of the vaccines,” the list read.

Former health secretary Sophia Chan was awarded the Gold Bauhinia Star. “She has made remarkable contributions in the formulation and implementation of policies on health… as well as the fight against the Covid-19 pandemic.”

According to a government statement, the award recipients come from “different walks of life with diverse backgrounds” including education, finance, scientific research and urban development.

A number of Olympic athletes were also honoured.

Swimmer Siobhan Haughey, who clinched two silver medals in the Tokyo games last year, was awarded a Silver Bauhinia Star. Following her performance at the Olympics, Haughey also broke a world record at the Fina World Swimming Championships in December.

“Former Chief Executive Mrs Carrie Lam is grateful to all awardees for their contributions to Hong Kong and hopes that they will continue to excel in their own fields and serve the community,” a government spokesperson said.

“With over 30 awardees on this year’s Honours List from the sports sector, she is particularly happy with the unprecedented outstanding achievements of Hong Kong’s athletes and coaches in the 2020 Tokyo Olympics and Paralympic Games and other major sports events.”

The award appointments were made by Lam.

The government also honoured cyclist Sarah Lee with a Silver Bauhinia Star. “She has brought glory to Hong Kong for being the first Hong Kong athlete who has won medals at two editions of the [Olympic] Games,” the list read.

Separately, 61 Service Medals for the disciplined services and the Independent Commission Against Corruption were awarded.

Among the recipients were David Jordan and Rupert Dover, both assistant police commissioners who played a role in directing the force’s response to the protests in 2019.

Jordan and Dover were recognised for their “outstanding performance and dedicated service in the Hong Kong Police Force” for over 30 and 33 years respectively.

Both had received the Chief Executive’s Commendation for Public Service in 2020 “in relation to the handling of social incidents.”

In June, three pro-democracy figures – Benny Tai, Yeung Sum and Sin Chung-kai – were stripped of their government honours. The latter two also lost their special status as justices of the peace, which allowed them to visit anyone behind bars.