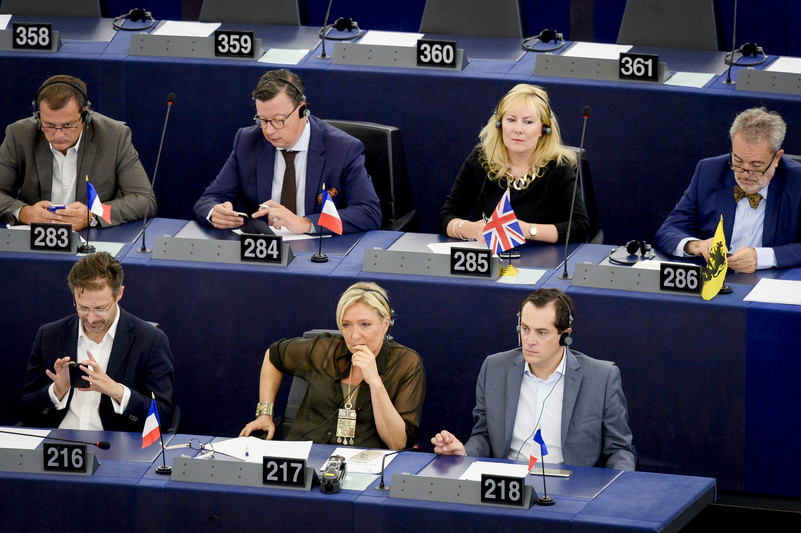 In her main French presidential election manifesto, Marine Le Pen is rather grandiloquent, but also lacking in detail on Europe.

Her party’s “presidential project” speaks about the “progressive substitution” of the European Union by a European Alliance of Nations. There is not much more by way of concrete points.

The vagueness of the proposal is striking, perhaps even too obvious, but it is also convenient for her party. No big words about Frexit, just talk of “progressive substitution”, which means little by itself.

But that is not the end of the story.

Less visible, in her other pre-election documents — her project on immigration — there is another proposal, one about the primacy of the French constitution and of national law over EU law.

The choice of words is not casual, as the European Union is founded, precisely, on that concept: the primacy of European Union law over national law is the cornerstone of European integration. And Le Pen’s “national primacy” negates this.

Le Pen’s strategy is not very imaginative. Much less is it new. Not least because the Polish Constitutional Tribunal recently made use of it to legitimise Polish backsliding on EU norms.

The same idea has also featured in other eurosceptic manifestos in recent years — even in Le Pen’s own party.

In 2019, its manifesto for the European Parliament elections called for a restoration of national law over that of supranational institutions.

Still further back in time, in 2007, her party (then called the National Front and led by her father Jean-Marie Le Pen) proposed re-establishing the primacy of national law over the secondary law of the European Union.

But even if Marine Le Pen’s constitutional euroscepticism is not new, it is not innocuous either. Rather the opposite — it has the potential to be more successful electorally and, at the same time, just as damaging for the European Union as France leaving the EU.

At the end of the day, constitutionalism is deservedly prestigious in democracies.

And in turning constitutionalism against the European Union, Le Pen is exploiting that principle to put it at the service of her euroscepticism. It is easier to sell constitutionalism than it is leaving the EU.

Constitutional euroscepticism is not a soft, but a very hard form of rejection of the European project and eurosceptics have learnt to be subtle, indirect, and ambiguous.

They have had to. The citizens of member states are generally supportive of the European Union.

They have witnessed the pains of Brexit in the United Kingdom. The mere mention of leaving the European Union can be electorally costly for eurosceptic parties, and the implementation of such a proposal costly for their nations.

Probably because of this, many eurosceptics no longer explicitly propose leaving the EU. Instead, they often resource to more imaginative strategies and exploitation of constitutionalism is one of these.

As a political strategy, constitutional euroscepticism is marked by a paradox and a secret.

This is the paradox: It uses a powerful, appealing language and has the potential to inflict great damage to European integration. But at the same time, it is based on a weakness — the lack of appeal of euroscepticism to most voters, which forces politicians like Le Pen to obfuscate their real intentions.

Real constitutionalism is about democracy, checks and balances, human rights, and rule of law — these values are compatible with the European Union, which has the potential to reinforce them.

Eurosceptics, on the other hand, as in France, Hungary, or Poland, often have other priorities which actually go against these values.

And so, constitutional euroscepticism is a sham.