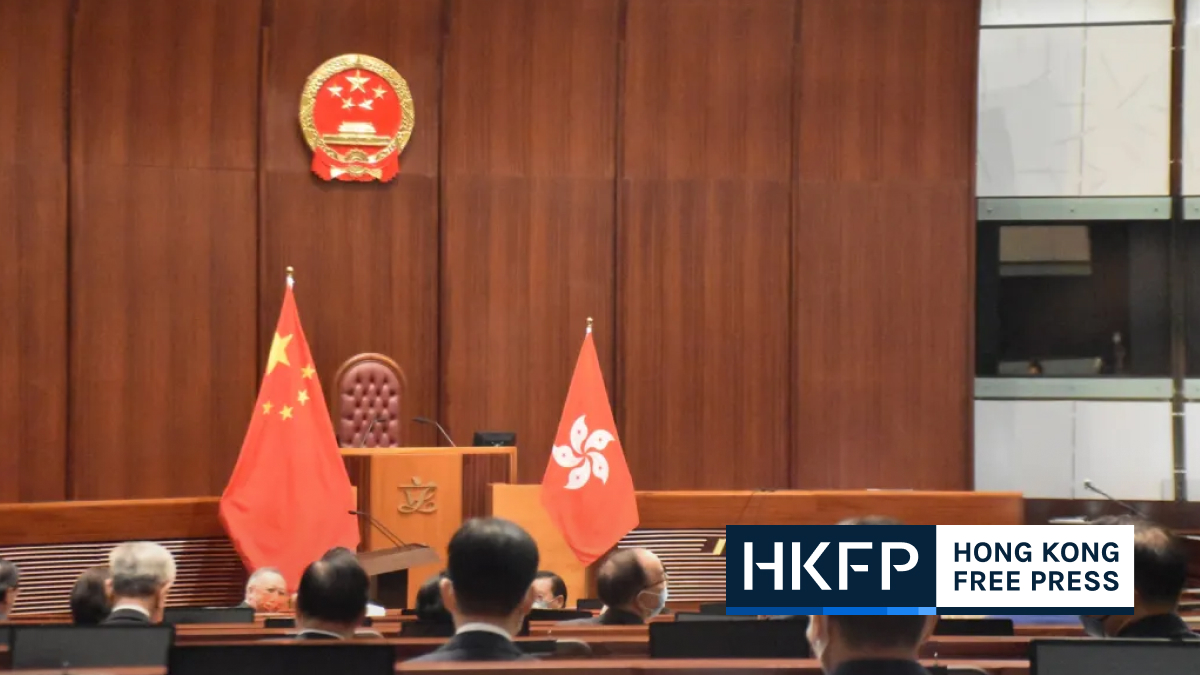 Two lawmakers were asked to repeat their oaths after they missed some words in the statements, and three people chose to take their oaths in Mandarin rather than Cantonese, as spoken locally.

Michael Luk from the Hong Kong Federation of Trade Union, as well as Third Side’s Tik Chi-yuen – who claims to be of the non-pro-establishment camp – were asked by Secretary General of the Secretariat of LegCo Kenneth Chan to repeat their oaths.

Luk left out the word “councillor” from his oath, while Tik left out “Hong Kong” from “Hong Kong Special Administrative Region of the People’s Republic of China” in his statement.

Another LegCo councillor-elect, Gary Chan from the DAB, was seen not raising his right hand when taking his oath.

The election, took place in mid-December and had a record-low voter turnout with only one self-proclaimed non-pro-establishment candidate elected. It was delayed from 2020 with Lam citing Covid-19 health concerns.

‘It only gets busier’

All 90 lawmakers met with the press following the oath-taking ceremony, with a dozen of them making speeches.

Lam has said the local national security legislation – Article 23 – will be on the agenda this year.

“LegCo’s work will not be easier than the past, the situation is: it only gets busier…”

Lawmaker Reverend Peter Koon, known for being the spokesperson for a murder suspect whose case sparked the anti-extradition bill protests and unrest in 2019, said that he will resign from his administrative role at the church to “better fulfil his role.”