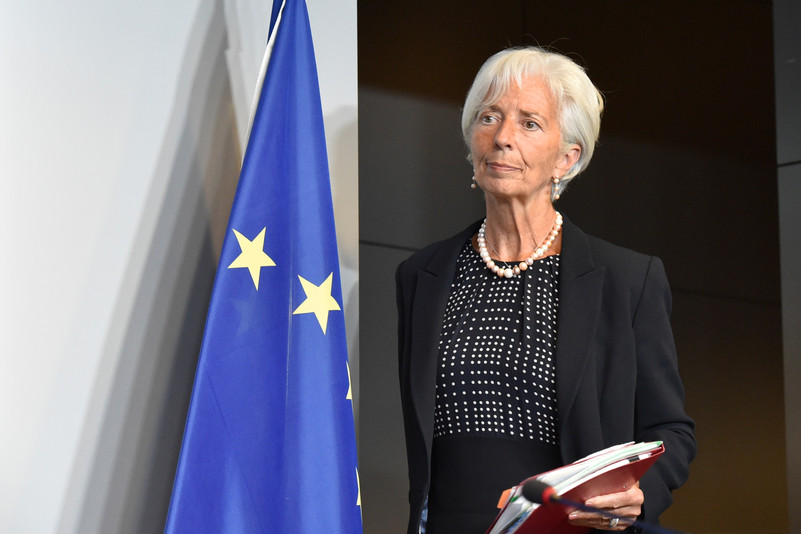 In a speech celebrating the 30th anniversary of the Slovenian Central Bank, European Central Bank (ECB) president Christine Lagarde said on Wednesday (11 May) that the bank will increase interest rates in the eurozone “some time after the end of net asset purchases,” which is set for the third quarter.

Although choosing her words carefully, experts took this as the clearest signal the bank is set to hike rates sooner rather than later.

But Lagarde did not put a date on the decision yet, noting that growth in the eurozone is “uncertain.”

The ECB has held off increasing interest rates for far longer than the US Federal Reserve and the Bank of England, which have already increased borrowing costs, with high-ranking members of the Frankfurt-based EU bank’s governing council speaking publicly against such a move.

Last Thursday (5 May), executive board member Fabio Panetta told Italian press that it would be “imprudent” to raise rates without “fully understanding” how the economy will develop in the second quarter.

“If rates were to rise sharply for longer, we might well be facing Euro Crisis 2.0,” Deutsche Bank investment strategist Maximilian Uleer told Reuters on Tuesday.

For now, hawks have won the debate, which has been raging behind closed doors for weeks and recently came to a head when Finland’s Olli Rehn, Austria’s Robert Holzmann and Belgium’s Pierre Wunsch openly called to increase rates as early as July, with the latter describing the move as a “no brainer.”

“It is appropriate for policy to return to more normal settings,” Lagarde said on Wednesday, noting that it is unlikely that the consistently low inflation of the last decade will return.

But growth in the eurozone has come to a virtual standstill caused by record-high energy prices and the outfall of the Russian invasion of Ukraine, which limits ECB action.

Slowing down asset purchasing from its pandemic high of €160bn-per-month to zero in the third quarter has already driven up borrowing costs for member states from zero to 1.5 percent for 10-year bonds on average, with Italy and Greece paying three and 3.5 percent respectively.

With more economic uncertainty on the horizon, the difference in borrowing rates between EU members may escalate further, threatening the stability of the union.

Lagarde reiterated the ECB’s commitment to the stability of the EU, saying all rate increases will be “gradual”, but according to Robin Brooks, chief economist at Washington based Global Association of the Financial Industry, all rate hikes at this point are a bad idea.

“The eurozone is going into recession. Inflation is yesterday’s worry. Don’t hike,” he tweeted on Monday.