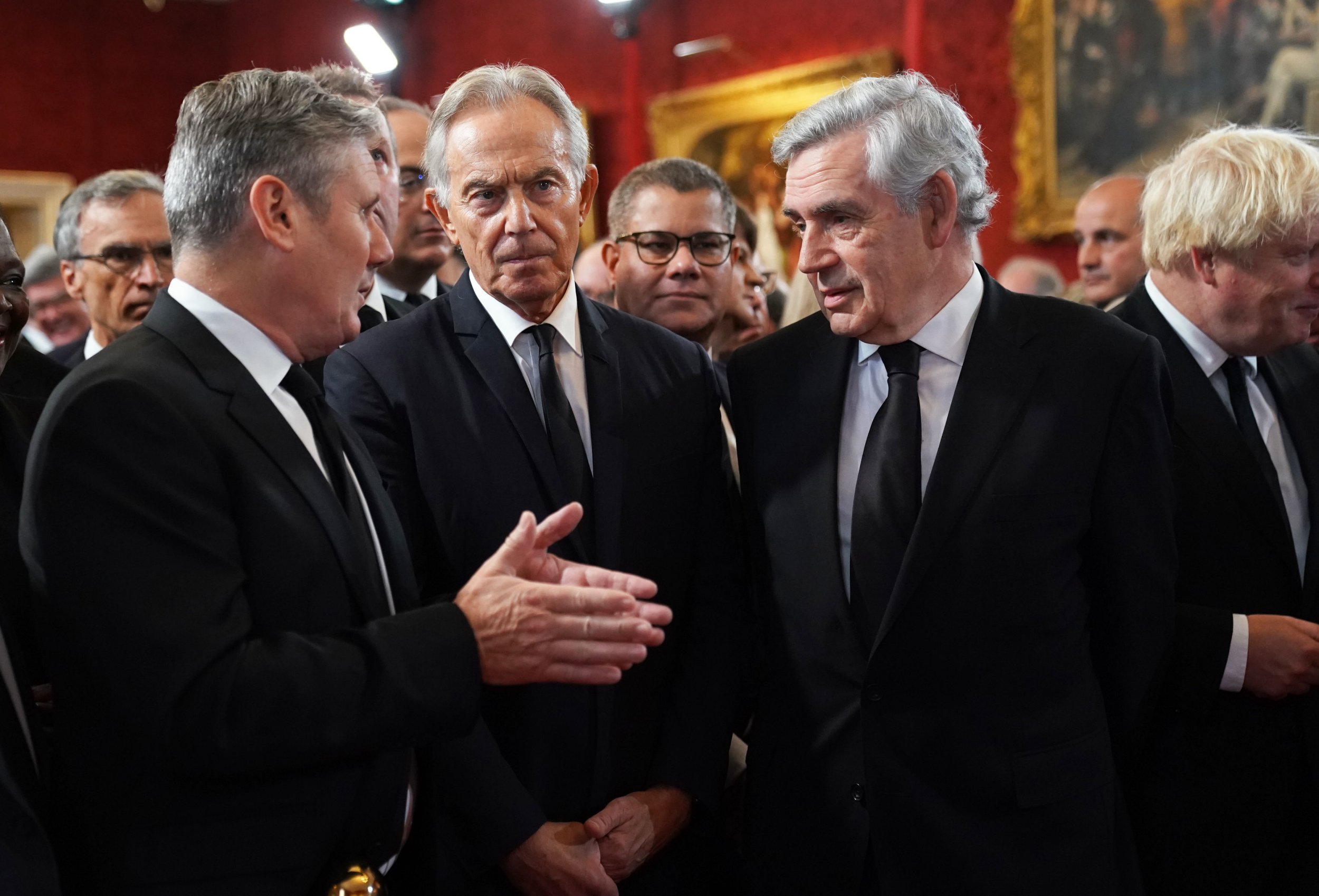 When the Speakers of the House of Lords and the House of Commons both paid generous tributes to King Charles today, he appeared genuinely humbled by their words. But what was most striking was that the loyal addresses to the new monarch came from two former Labour MPs.

Thanks to a quirk of fate and timing, Lord McFall of Alcluith (a former Labour minister) and Sir Lindsay Hoyle (now officially an independent) are currently the two representatives of the Houses of Parliament at the start of this “Carolean age”. Neither put a foot (or word) wrong during the historic ceremony and in the informal goodbyes afterwards the King made clear that he enjoyed their company.

Photos of the King and Sir Keir Starmer laughing together at their Buckingham Palace audience at the weekend told a similar story: Labour is relaxed, indeed happy, in the presence of royalty.

Among the minority of the public (27 per cent at last count) who want a republic, there may well be some bitter resentment that the main party of progressives appears to have once more “sold out” to “the Establishment”.

Those who have seen the clip of Starmer joking in 2005 that it was funny being called a Queen’s counsel – because “I often used to propose the abolition of the monarchy” – may also feel his latest position is yet another example of “careerism” similar to the way he ditched the left-wing manifesto that got him elected as Labour leader.

But that would be to seriously misunderstand the leader of His Majesty’s Most Loyal Opposition (the clue is in the title), and his worldview. In fact, it was Charles who knighted Starmer in 2014 for his services to criminal justice as Director of Public Prosecutions.

During the Platinum Jubilee celebrations, Starmer explained that his investiture was an occasion that his parents said was “the proudest day of their lives”. Note that it wasn’t the proudest day of his life to date, but he rammed home his main point that “for the son of a toolmaker and a nurse growing up in a town just outside the M25, being invited to Buckingham Palace to receive a knighthood was never really in the script”.

That personal story of social mobility, of a “working-class boy made good”, often lost amid the jibes that he is the embodiment of a north London metropolitan elite, is one of his key political assets, aides believe. Although Starmer prefers not to use his “Sir” title, that’s not out of some cultural cringe but more about not wanting to put a barrier between himself and the public.

His heartfelt, emotional tribute to the late Queen last week, describing her as the country’s “stillest point, its greatest comfort”, was one that both his own late parents would have fully appreciated. Crucially, his speech was more than a lament for a much-loved monarch: it was a paean to constitutional monarchy itself.

Indeed, I’m told that Starmer sees himself as sitting firmly in the pro-monarchy tradition of his party that has been exemplified ever since Clement Attlee was Prime Minister. In recent days Labour MPs have been sharing the 1959 essay by Attlee, entitled “The Role of the Monarchy”. He foreshadowed Blair with his belief that monarchies
are “immeasurably reinforced by the attachment of the people” (and was aware that King George IV, and even Victoria at times, lacked that attachment).

Attlee was adamant that “the Labour Party has never been republican”. This was partly because it was a bulwark against extremism. There was “far less danger under a constitutional monarchy of being carried away by a Hitler, a Mussolini or even a de Gaulle”, he declared.

Six decades before Donald Trump and the storming of the US Capitol, he added: “A British King making himself a dictator is unthinkable. But many thoughtful Americans would not deny that a President might do so.”

Attlee also made plain that no monarch in the modern age would interfere in politics, pointing out that for socialists like himself “capitalism, not monarchy, was the enemy”. He highlighted that the countries which had the “highest equality of well-being” – Norway, Sweden and Denmark – had constitutional monarchies.

And as for dictators, even Stalin admitted that Attlee’s government proved that socialism didn’t need revolution for its implementation. “Yes, socialism is possible even under an English king,” the Soviet ruler said at the time.

One senior Labour figure tells me: “There is a good argument to be made that historically the Labour Party’s inherent monarchism is the reason republicanism has never had much traction – it has nothing to latch on to. See also, Labour’s anti-communism.”

Crucially for any Labour leader, Attlee pointed to something more fundamental than pragmatism. He argued that as the party for the working classes, Labour knew better than any party that those workers most felt a deep connection through the monarch to their own nationhood and history, in a way no Prime Minister could. Starmer knows that if he wants to win back his party’s lost “Red Wall”, he has to maintain that link too.

Even Jeremy Corbyn, for all his clear unease with the hereditary principle, never tried to change party policy. In the 2017 election, he said abolition of the monarchy was “certainly not on my agenda”. Although some tried to make much of his non-appearance at the Accession Council at the weekend, Corbyn did turn up to today’s event in Parliament. He also made a moving and authentic tribute to the Queen on her death.

So republicans, many of whom may still feel that the accession of Charles III will provide a new impetus for their cause, are left without a parliamentary vehicle for their movement.

Things could still change, of course, and there may well be some Labour members who make their views clear at the party’s conference next month. But Starmer knows that the Conservatives cannot weaponise his own youthful jokes about the monarchy, because Truss has said even more strident things as a teenager.

The sight of Charles sitting as King alongside his Queen Consort for the first time yesterday was another reminder of just how far he has come in popular affection since the death of Princess Diana in 1997. Back then, it was Tony Blair who was in his pomp, his “People’s Princess” oratory filling the void left by what was seen as a cold, distant, monarchy.

Now, as the carpets of flowers outside Buckingham Palace are set to exceed those seen after Diana’s death, some Conservatives think that a new mood is abroad. Some even think that whereas the New Labour government matched the public’s desire for modernity 25 years ago, the Queen’s passing has revealed a respect for tradition that is more in tune with conservatism with both a small and a large “c”.

Yet any notion that the Tories will benefit from this moment is ill-placed simply because Labour has long accepted that our constitutional monarchy is part of the fabric of the nation. While it saw the need to modernise, it also saw the popularity of the institution itself.

King Charles said today: “I cannot help but feel the weight of history which surrounds us and which reminds us of the vital Parliamentary traditions to which members of both houses dedicate yourselves, with such personal commitment for the betterment of us all.”

On a cold, grey February day in 1952, people of all classes and races stood in a four mile-long queue through the night to visit King George VI’s coffin in Westminster Hall. The queue will be just as long but the crowds will be even bigger for Queen Elizabeth this week. That weight of numbers, not just the weight of history, is what will press heavily on all party leaders. And knowing how to count is the first rule of politics, after all.