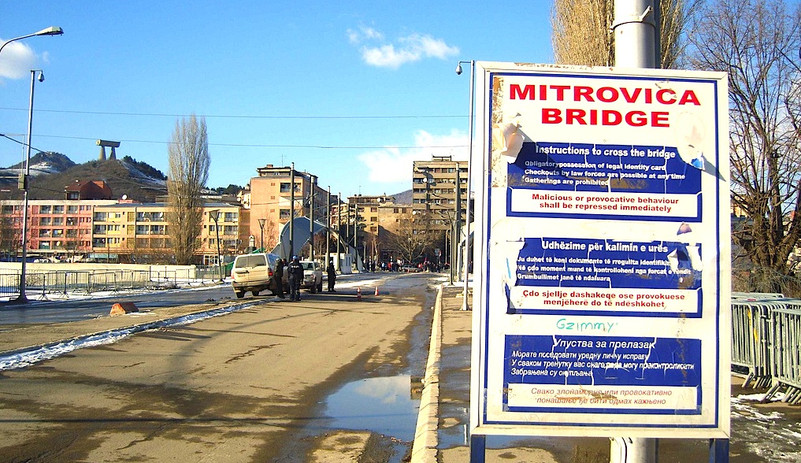 “We should not exclude that these aggressive policies of Belgrade could also turn into an assault against Kosovo in one way or the other,” Kurti told Reuters in an interview on Wednesday (10 August).

Pristina wants ethnic Serbs living in Kosovo to use car number plates issued by Kosovo. But the same Serbs do not recognise Kosovo, triggering legacy grievances from the war in the 1990s.

The plates are now to be issued in September after Nato’s Kosovo Force (Kfor) removed roadblocks set up by the Serbs.

Kfor had earlier this month issued a statement that it was “prepared to intervene if stability is threatened” given the tensions in the northern municipalities of Kosovo.

But shots have since been fired, said Kurti in a tweet over the weekend.

“This is the second time in less than a week that Kosovar Police have been attacked by criminal gangs in the northern part of our territory,” he said.

Kurti said the shootings are being investigated, noting that no one had been hurt.

Kosovo declared its independence from Serbia 14 years ago and has around 50,000 ethnic Serbs concentrated in its north.

Some 100 countries recognise Kosovo, including the United States, Germany, and France. But Spain, Slovakia, Cyprus, Romania, and Greece do not.

Russia’s invasion of Ukraine in February has also since heightened fears of a possible conflict in the Western Balkans.

Those fears are entrenched in views that a Balkan war could possibly destabilise the European Union, playing into the hands of Russia’s president Vladimir Putin.

Unlike Kosovo, Serbia has not denounced Russia’s war and does not support the sanctions against the Russian regime.

The EU is stepping up efforts to mediate between the two sides and has invited Serbia’s president Aleksandar Vučić and Kurti to Brussels on 18 August.