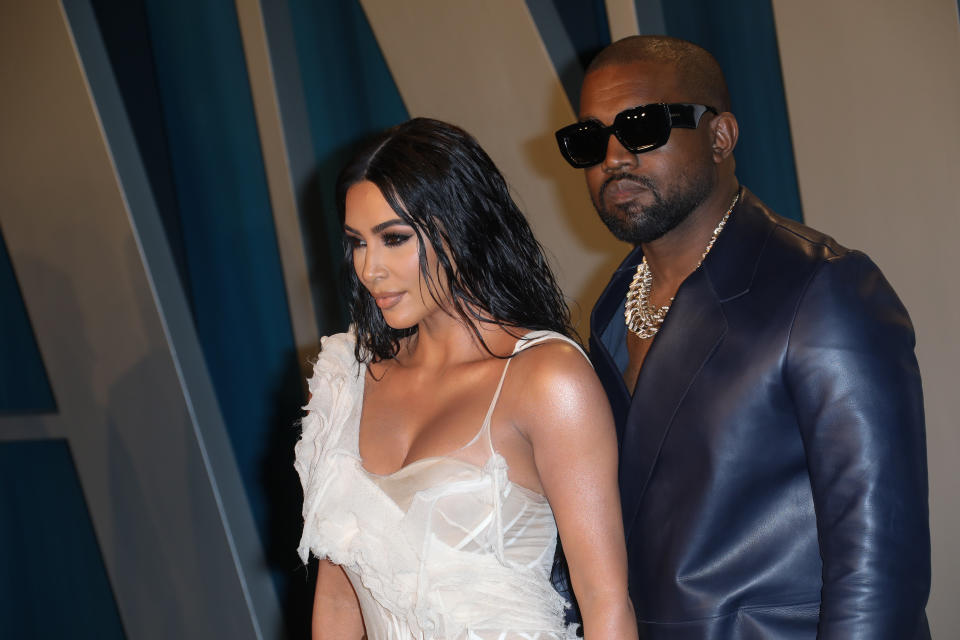 Despite their tumultuous relationship, Kim Kardashian still honors her ex Kanye West for being a parent.

“Thank you for being the best dad to our babies and loving them the way you do!” Kardashian wrote on the Instagram Story, which featured a throwback photo of West outside as he smiled alongside the couple’s four children: North, 9, and Chicago, 4, and sons Saint, 6 years old, and Psalm, 3 years old. “Happy Father’s Day Ye.”

In a second snap, Kardashian showed West wearing a pair of black sunglasses as he played with North, Saint and what appears to be their cousin, Reign Disick.

Kardashian filed for divorce from West in February 2021 after seven years of marriage. While West has been candid about the split, Kardashian said she was trying to take “the high road.”

“I think that’s just who I am and I’ve always seen such a great example in my mom and dad and their relationship, so I’m always just hopeful,” Kardashian said on The Ellen DeGeneres Show in March, Yahoo Entertainment previously reported. “No matter what happens, you know, [Kanye’s] the father of my children. I will always be protective. I always want my kids to see the best of the best, so I just try – as hard as it can be sometimes – I try to ignore it and just try to do what’s best for the kids.”

The reality TV star is currently in a relationship with Pete Davidson.

Kardashian also took a moment to pay tribute to her former stepfather, Caitlyn Jenner, who was married to her mother Kris Jenner until the couple separated in December 2014 after 23 years of marriage. Jenner announced her transition on the cover of vanity lounge in June 2015.

“Thank you for raising us and being the best stepdad,” Kardashian wrote in the photo, which showed her sitting on a couch alongside Jenner with her sisters Kendall, Kylie, Kourtney and Khloé. “Happy Father’s Day.”

Kardashian also honored the memory of her own father, Robert Kardashian, who died of esophageal cancer in 2003.

“Happy Father’s Day to the best dad ever! The kids asked me how I’d celebrate with you today if you’re in heaven and they gave me the cutest suggestions,” Kardashian wrote in caption of a photo of her as a teenager. his father. “I miss you and love you with all my soul.”