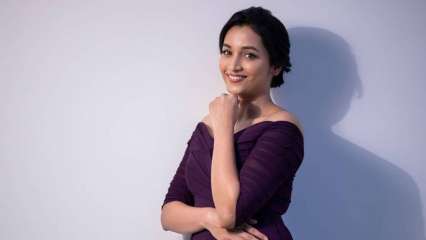 KGF Chapter 2 star Srinidhi Shetty is a huge movie buff and loves watching Bollywood movies. In a chat with Pinkvilla, Shetty revealed that she was born in Mumbai and when she was 5 years old her family moved to Mangalore. She even talked about fighting with her parents over the Shah Rukh Khan movie. “I remember fighting with my parents for not letting me watch Kuch Kuch Hota Hai because I was young.” Srinidhi also used to watch Bollywood movies while traveling by bus. “I always wanted to be on the other side of the screen watching those movies,” Shetty said.

Like Shetty, even KGF director Prashanth Neel is a huge Bollywood fan, and his star Yash’s character is based on Amitabh Bachchan’s angry young man roles. In the trailer launch, Neel said, “When we started doing this series, the first reference was to do a movie like what Mr. Amitabh Bachchan used to do back then. I’m very influenced by the ‘angry young man’ cinema and I try to replicate something like that. The director continued, “However, I can’t get close to Manmohan Desai and the Sippys, but I do my better to stay close.” Even Yash said he used to watch Hindi movies, not as much as Prashanth, but even he believes in these masala performers. “We are inspired by the thought and that kind of movie theater. I love watching those movies that can give me hope, or a kick. Yash added, “I believe in these larger-than-life slice-of-life cinemas.”

Yash’s film will clash with Thalapathy Vijay’s Beast. Yash reacted to his film’s clash with Beast and said, “Don’t make those comparisons. He (Vijay) has done so much for the movies. He’s a senior to me. It’s not an election, it’s It’s not KGF 2 VS Beast…it’s KGF 2 and Beast. I have huge respect for Vijay sir, and I’m definitely going to watch Beast. that Vijay fans will love KGF 2. Let’s watch both films and celebrate Indian cinema.”