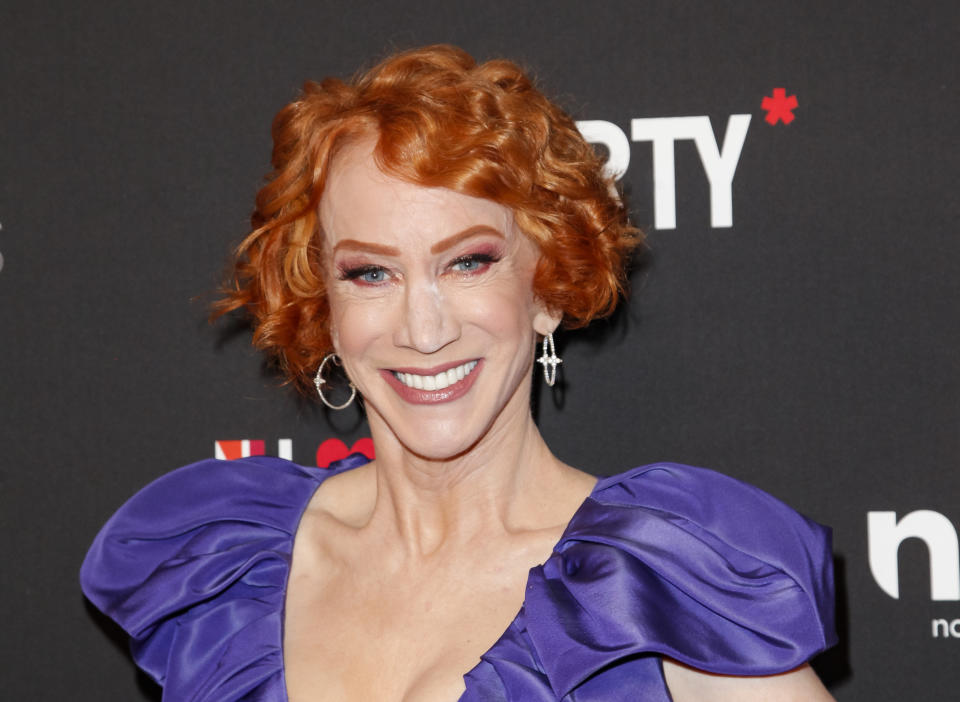 It’s been just over six months since Kathy Griffin announced in early August that she had been diagnosed with lung cancer, telling fans she was planning to undergo surgery to have half of her left lung removed. Now the comedian is sharing the good news that her six-month follow-up exam has come back clean – and to celebrate, she’s losing her clothes and going to the pool.

The 61-year-old Emmy winner shared a video on Saturday that shows her diving into her lavish pool.

“No more #cancer,” she told fans. “And yes, I’m skinny dipping in the pool while shaking my tits and buttocks. AND AND?”

Griffin’s skinny dipping celebration echoes his festivities for his 61st birthday in November. The birthday girl shared a video of herself in her birthday costume.

After going public with her stage 1 lung cancer diagnosis in August, Griffin – who says she’s “never smoked” – was candid about her struggle to get treatment while newly sober. The candid comic revealed she had become addicted to painkillers and felt suicidal, but had been “clean and drug-free” for more than a year before her diagnosis.

“To be honest, this cancer surgery was a little more than I expected,” said the My life on the D-List star wrote on social media a few days after his operation. “Tonight will be my first night without narcotic painkillers. Hello Tylenol, my new best friend!”

She added: “The last night I was in the hospital was in June 2020 when I tried to kill myself and overdosed on prescription pills. With more than a year sober and drug-free, I now know I can do this and anything I want without those evil pills.”