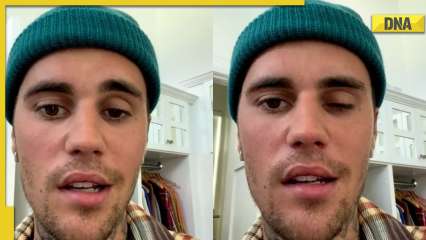 On Friday, popular pop singer Justin Bieber took to Instagram and revealed he had been diagnosed with a virus that had paralyzed half of his face. In order to focus on recovery, the virus has forced the singer to cancel some upcoming performances.

Bieber, 28, said he was physically unable to perform his upcoming shows but was doing facial exercises and expected to recover. “It’s going to go back to normal,” he said. “It’s just time, and we don’t know how long it’s going to take.”

Several fans and celebrities reacted to his message. Khloe Kardashian wrote, “We’re praying for you! We love you!!! Rest! Everyone gets it. DJ Khaled mentioned, ‘I love you bro! You are going to be great! Rest brother. We love you ! GOD LOVES YOU ! WE LOVE GOD! Love forever!.” Bear Grylls commented, “So brave. You are doing great man…. And you are truly loved by many and always in our prayers.

Meanwhile, one of his fans commented, “Justin, don’t worry about the shows. Your followers only care about your health. We pray for you. I’m sure you’ll get better soon and get back on stage doing what you love. We are with you, always.

Another wrote: “Health is wealth. keep you in my prayers and wish you a speedy recovery. take care Justin, we love you.

Bieber shot to fame at the age of 13 and became a global pop phenomenon with songs like “Baby” and “Believe.” He won two Grammy Awards from 22 nominations, including Record and Song of the Year for “Peaches.” (With contributions from Reuters)