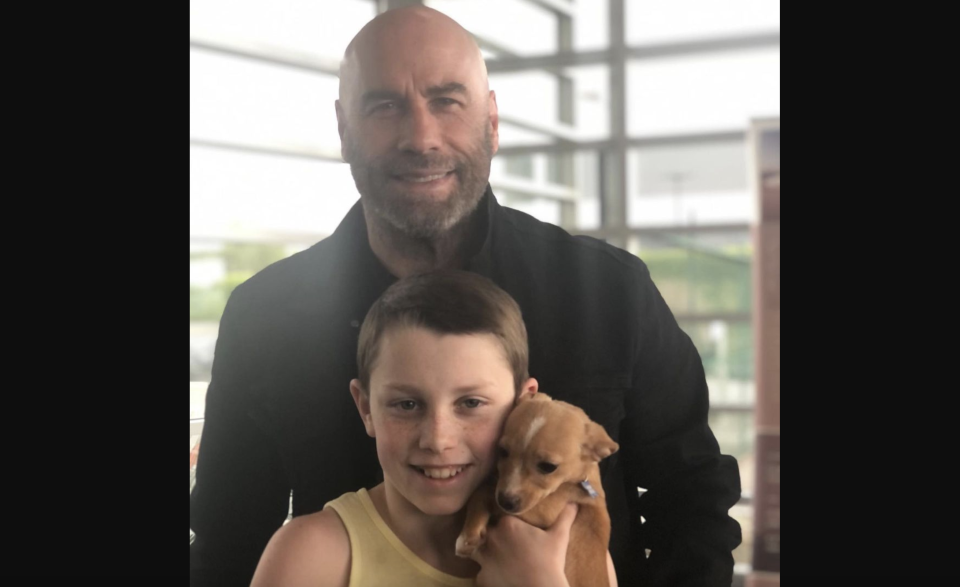 Here’s some good news from Oscar night: John Travolta’s 11-year-old son has adopted the rescue dog that Jamie Lee Curtis snuggled up during his tribute to Betty White.

John, a presenter with his pulp Fiction co-stars, shared on Instagram on Monday that Ben adopted the pooch known as Mac N Cheese. The rescue got screen time during the controversial show because Curtis held the animal on stage during the in memoriam segment honoring animal rights activist White.

Ben, whose mother was the late Kelly Preston, was pictured holding the dog to his cheek.

the Halloween The star said she reconnected with Travolta – who she co-starred with in the 1985 film Perfect – at the Oscars. Shortly after leaving the Dolby Theater and returning home, ‘someone sent me a picture of John holding little Mac N Cheese in the green room’ before presenting the Best Actor Oscar to Will Smith amid controversy.

“I thought it was so beautiful to see him with her and then today I found out that he and his son Ben had adopted the beautiful little Mac N Cheese,” Lee continued. “It’s a moving ending and a perfect tribute to Betty White.”

Paw Works, the Camarillo, California rescue, also shared the news on social media, writing, “On a night of winners and losers, we think Mac N Cheese is the biggest winner of them all!

The Travoltas are animal lovers. A scroll on John’s Instagram page shows him snuggling up to his dog Jinx. Jinx gets such VIP treatment at Chez Travolta that the dog is known to eat off the movie star’s plate.

Almost a year ago, John shared that Ben had a cat, Crystal, so Mac N Cheese is coming home to a house of furry friends.

This July marks two years since Preston died after a battle with breast cancer. The couple are also parents to Ella Travolta, an aspiring actress and singer. Their eldest son, Jett, died in 2009.