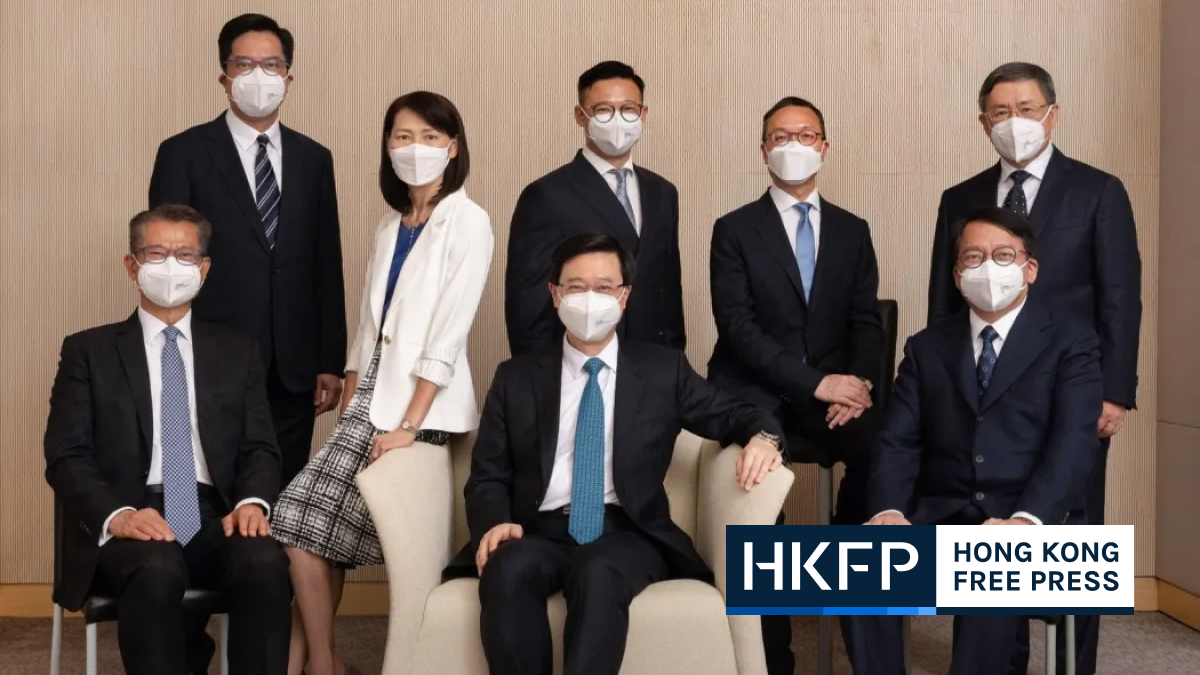 Beijing has appointed the cabinet of incoming leader John Lee, with Hong Kong’s security law chief becoming his no.2 and a “Covid zero” advocate taking on the role of health chief.

Seven new top officials were appointed from outside of the current administration, including four pro-Beijing lawmakers. Including Lee, four are under US sanctions, whilst his cabinet also includes the highest proportion of women of any post-colonial administration.

The chief executive-elect told the press on Sunday afternoon that his governing team was “united and loyal,” and they will “reach out ,listen to , and communicate with the public with sincerity.”

“We will be proactive in winning the trust of the people and make policies that meet with demands,” Lee added.

He was questioned by RTHK about why his interviews were almost exclusively with state-backed outlet. In response, Lee said he did not think it was good “to treat media with differentiation.” Rather, he said he thought he was “talking to everybody in Hong Kong and the world” when he spoke to any particular media outlet.

When asked whether he would ask foreign countries to lift sanctions on him and his cabinet members after his inauguration, Lee said he would ignore the sanctions “with a snort of contempt,” and he will not proactively pay attention to how they develop in the future.

Mainstream outlets, independent media and foreign press are among those barred from attending his inauguration, despite press freedom assurances.

In addition to Lee, three others in the future administration are currently sanctioned by the US for “undermining Hong Kong’s autonomy,” including the incoming chief secretary for administration Eric Chan, security chief Chris Tang and secretary for constitutional and mainland affairs Erick Tsang.

“[Some countries’] plan to sabotage national security were foiled because of our measures -that only made us more determined to continue our duty on safeguarding national security,” Lee said.

His predecessor Carrie Lam was forced to receive her salary in cash, owing to the US sanctions.

Lo Chung-mau was chosen as health chief. He is currently hospital chief executive at the University of Hong Kong-Shenzhen Hospital and the director of Liver Transplantation Centre at Hong Kong’s Queen Mary Hospital. He is a staunch supporter of China’s “zero-Covid” strategy and had openly criticised the 2014 pro-democracy Umbrella Movement as a “cancer.”

Lee won a one-horse race after being voted in by a small circle of elites in May.