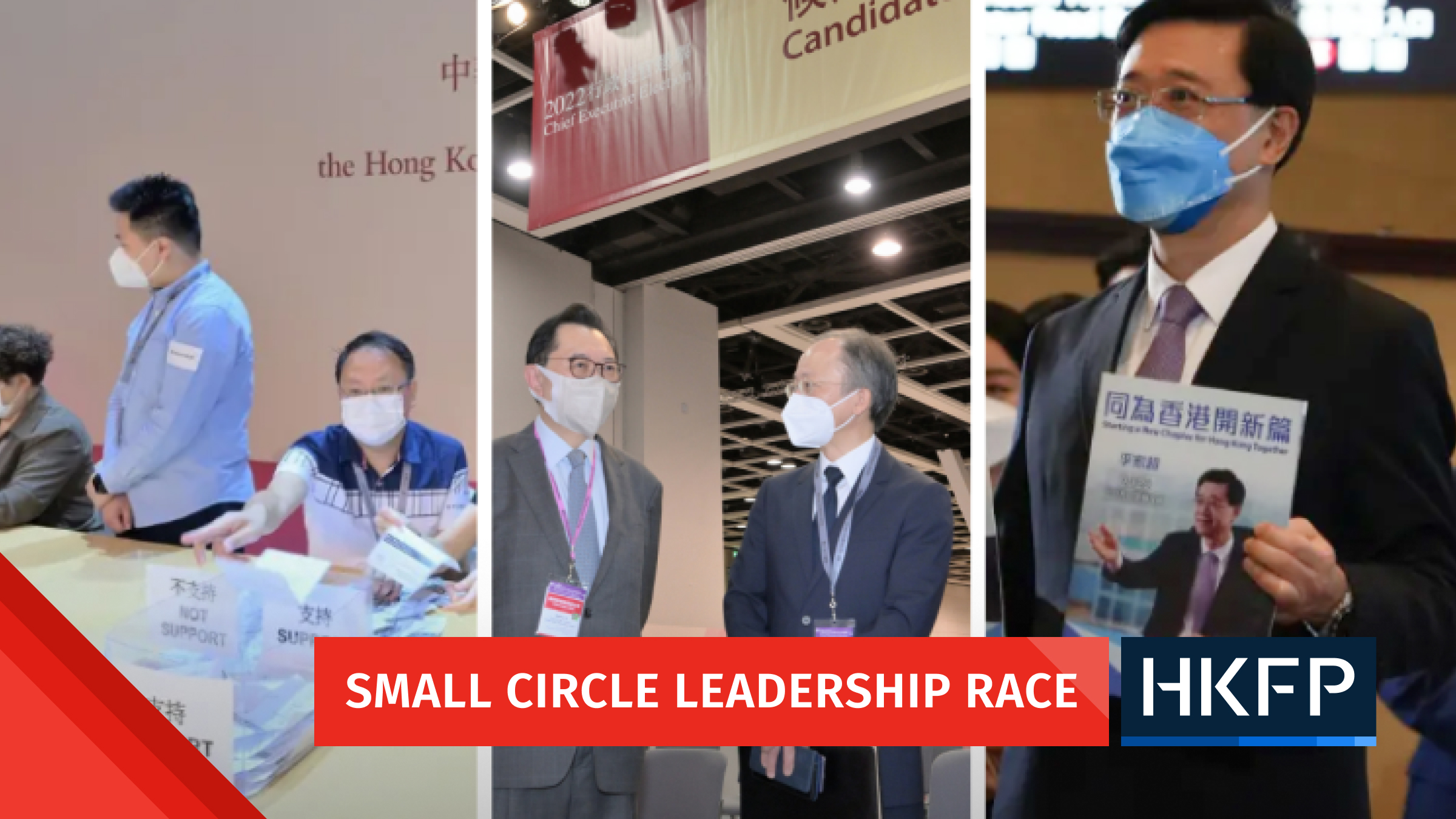 Hong Kong’s small-circle Election Committee has gathered to cast a vote for, or against, ex-No. 2 official and security chief John Lee – the sole contender for the city’s top job.

Members of the group, comprised mostly of pro-Beijing elites, will submit their votes

The small circle of 1,461 elite voters, described by the authorities as “broadly representative,” will vote at the Hong Kong Convention and Exhibition Centre in Wan Chai between 9 a.m. and 11.30 a.m. on Sunday. Each elector was vetted by a committee headed by Lee himself last year.

To be elected as chief executive, Lee needs to secure at least 751 votes.

Lee would be the first former police officer from the government’s security branch to lead post-colonial Hong Kong.

According to his political manifesto released last Friday, Lee intends to legislate Hong Kong’s own security law, tackle the deep-rooted housing shortage and enhance social mobility for young people. His manifesto, however, was light on policies for how he would achieve those aims.

Electors will not be required to comply with Covid-19 Vaccine Pass requirements or use the “LeaveHomeSafe” tracking app on Sunday. However, media representatives and members of the public will need to use the app to observe the vote.

Chairman of the Electoral Affairs Commission Barnabas Fung inspected the voting facilities on Saturday: “We call on the [committee] members to arrive at the main polling station to vote according to the suggested time slots.”

Tik Chi-yuen, self-proclaimed non-pro-establishment lawmaker, told local media on Saturday that he will cast a support vote for John Lee.

He said that while his political platform is “hollow” and lacks concrete plans, Third Side – his moderate political party – believed that Hong Kong today needs communication and cooperation to solve problems. Divisions, he added, would only do more harm.

Six Election Committee members had registered to vote at the polling station in Penny’s Bay Covid-19 isolation centre as of 7:30 a.m. on Sunday, Fung said.

“After sterilising, the ballots will be brought here [to the Convention and Exhibition centre] to be counted with the rest of the votes,” he said.

In 2021, Beijing decreed an electoral overhaul that ensured only those showing patriotism to Hong Kong and China could run in the Legislative Council and chief executive races. Under the changes, chief executive hopefuls must be verified by the Candidate Eligibility Review Committee, which was helmed by Lee as the chief secretary.

The Election Committee was also expanded from 1,200 members to 1,500, with the addition of a new sector that includes Hong Kong delegates to China’s top decision-making bodies.

The overhaul saw the representation of traditionally pro-democracy sectors – such as education, law and I.T. – reduced, whilst district councillors – almost exclusively pro-democracy – were excluded entirely. Most opposition figures remain behind bars, in self-exile abroad, or have quit politics following the onset of the national security law.

The government says the elite voters are “broadly representative” and will ensure the city’s stability and prosperity, though they make up only 0.02 per cent of the population.

Lee announced his intention to join the race last month, resigning from his role as chief secretary less than a year after he was appointed to the position. His announcement came two days after current Chief Executive Carrie Lam, whose popularity dropped to historic lows during the 2019 protests and unrest, confirmed she would not run.

Inspecting the voting facilities on Saturday, Lam said: “It is vital that all electoral staff are well versed in their duties and procedures to ensure the smooth conduct of this election. I hope that every colleague will be fully committed to making this a historic election for Hong Kong.”

Candidates must obtain at least 188 nominations from members of the Election Committee in order to join the race. Lee received 786, or around four times more than the required amount.