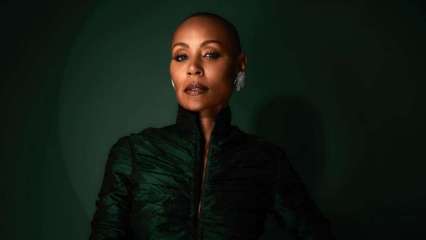 The upcoming season five episode of Red Table Talk featured a statement from Jada Pinkett Smith that revealed the Smith family has been focusing on deep healing since the recent controversy over her husband Will Smith’s Oscar slap in the face.

To open the episode, which featured Janelle Monae as a guest, a title card with a statement from Jada Pinkett Smith appeared onscreen. “Given everything that has happened over the past few weeks, the Smith family has been focused on deep healing. Some of the discoveries around our healing will be shared at the table when the time comes,” reads in the message, according to Billboard.

“Until then…the table will continue to offer powerful, inspiring and healing testimonies like that of our incredibly impressive first guest.” Thank you for joining us,” the statement concludes.

While presenting the Best Documentary Feature award at the 2022 Oscars, Chris Rock made a joke about the shaved head of Smith’s wife, Jada Pinkett Smith.

Rock said he was looking forward to seeing Pinkett Smith, who suffers from alopecia, star in “GI Jane 2,” which led to Smith taking the stage and slapping Rock. Smith returned to his seat and shouted, “Keep my wife’s name out of your fucking mouth!” Minutes after the incident, Smith was named Best Actor at the 94th Academy Awards. While accepting his first-ever Oscar for best actor (lead role) in “King Richard,” Smith apologized to the Academy and the other nominees, but did not mention Rock.

However, after receiving backlash for his disorderly behavior, Smith issued an apology to Chris Rock and the Academy on his social media account.

On March 29, there was a short virtual meeting between Smith, Rubin and Academy CEO Dawn Hudson, initiated by Smith.

Hours later, Smith announced his resignation from the Academy of Motion Picture Arts and Sciences, saying he “voluntarily accepts all consequences of my conduct.”

Shortly after the Academy’s statement, Smith resigned his AMPAS membership and the Academy continued its investigation. The Academy then moved its meeting, where it banned Smith from its events for the next 10 years.