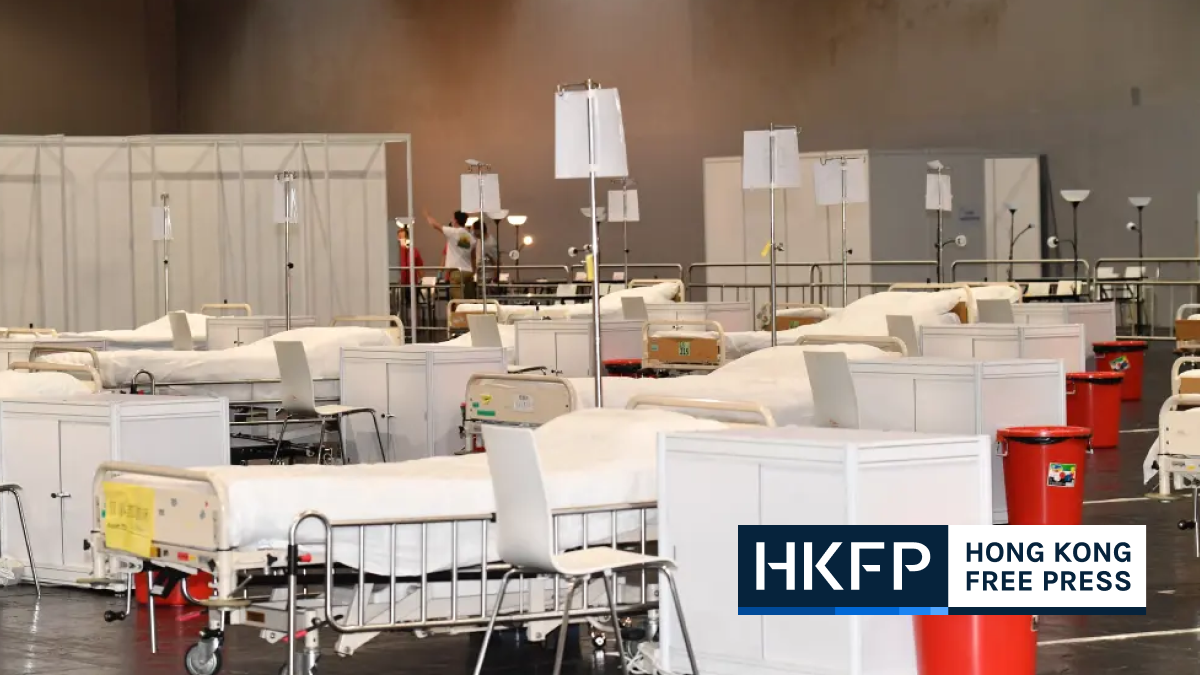 Hong Kong has seen a growing number of Covid-19 outbreaks at residential care homes as infections continue to sweep the city and overwhelm medical facilities.

The affected facilities include Po Leung Kuk Sham Shui Po Integrated Rehabilitation Centre, where a number of people have reported fevers and tested positive via rapid Covid-19 tests, as well as Great Kindness Elderly Home, from which first floor residents will be quarantined.

“Of course, there are a few other elderly home cases we are looking at,” Chuang said without mentioning a tally.

Last Saturday, the CHP said 42 residential care facilities had reported infections since the beginning of the fifth wave in late December. That was followed on Sunday by an additional 11 care homes.

At the Wan Luen Home for Elderly (Yen Chow Street) in Sham Shui Po – where at least four residents were earlier infected – employees who tested positive using rapid antigen tests waited for up to six days to be sent to a hospital, HK01 reported.

Residents at Choi Wan Elderly Home in Ngau Chi Wan also experienced similar delays. According to a local media report, some 20 residents who tested positive with rapid Covid-19 tests were sent to hospital for treatment only to be brought back to the elderly care facility due to a lack of beds. Only three people in a serious condition were admitted to hospital.

When contacted on the phone by HKFP, the person who answered at Choi Wan Elderly Home said they were not responding to media enquiries at the moment.

On Sunday, health officials said hospitals were reserving isolation wards for children, the elderly, and patients with serious symptoms.

Quarantine facilities for the elderly were similarly overwhelmed. At the Salvation Army Po Lam Residence for Senior Citizens, residents spent just five days, rather than 14 days, at Asia-World Expo after an employee of the residential care home tested positive.

Aries Chu told HKFP that his 83-year-old bedridden mother was transferred to the quarantine facility on February 5 after an employee tested positive for Covid-19. Last Thursday, the elderly home informed him that residents would be returned to the care home before the end of their 14-day quarantine period because there were not enough beds at Asia-World Expo accommodate all of the close contacts.

Meanwhile, staff at the care home did not have to undergo any quarantine and were allowed to return to work after testing negative, the elderly home told Chu.

Read more: Covid-19: Family of 88-year-old woman worry for her health, hygiene after she was sent to gov’t quarantine centre

“I asked the [elderly home] why they do not need to quarantine. They said they don’t know,” Chu said.

Her mother was sent back, along with other residents, last Friday – five days after she was admitted.

“She is in good spirits,” Chu said, explaining that staff had arranged him to talk to his mother via video call. “But it’s a mess. The Covid-19 measures change every day, catching us off guard.”

HKFP has reached out to the Salvation Army and the Social Welfare Department for comment.

As the growing outbreak continues to overwhelm the city’s anti-epidemic resources, residents and employees at Hong Kong’s care homes where Covid-19 cases are recorded will have their quarantine halved to seven days, with some allowed to undergo isolation at their residential facility.

Secretary for Labour and Welfare Law Chi-kwong said on Sunday that those sent to quarantine at Asia-World Expo could leave after seven days if they tested negative for Covid-19.

Authorities were also working to increase the number of beds at Asia World-Expo from 640 to 1,028.

Under “suitable anti-epidemic conditions,” residents would be allowed to quarantine at their care home, Law said.

Tsui, from the CHP, said the outbreaks at care facilities were “very concerning.”

“The vaccination rate for the elderly is quite low. If they get infected, there could be severe consequences,” Tsui said, adding that authorities were arranging outreach teams to vaccinate residents of care homes.

While close to 75 per cent of Hong Kong’s population has received two Covid-19 shots, the vaccination rate is just 25 per cent for those aged 80 and above.

Chief Secretary John Lee said on Saturday there are no plans for a city-wide lockdown, but that task forces will mainland authorities will be set up to boost testing capacity and ensure sufficient medical supplies.