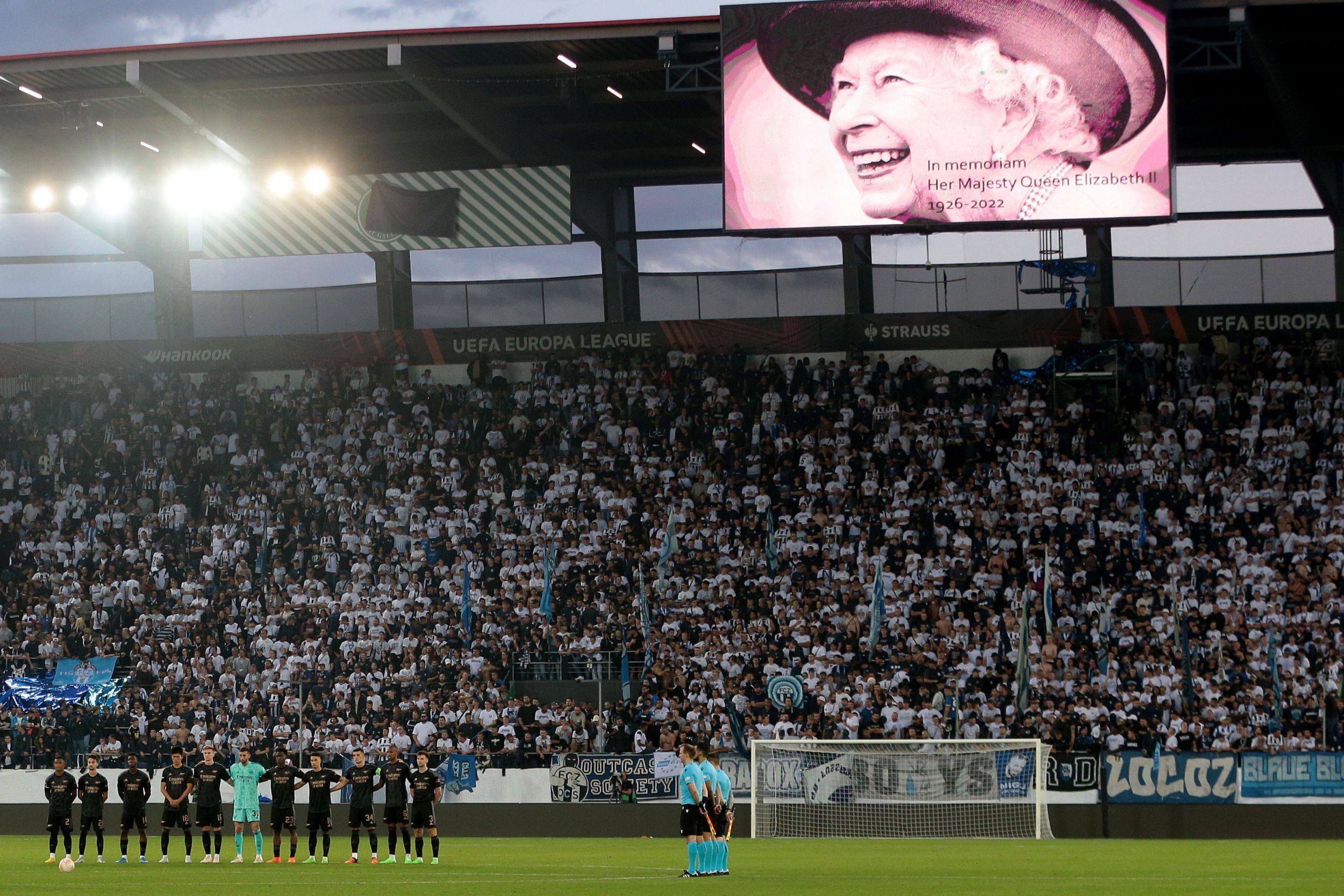 The Premier League is set to announce plans for this weekend’s fixtures on Friday morning, following the Queen’s death.

Representatives from the Department for Digital, Culture, Media & Sport[DCMS] are due to speak on a call with leaders from across sport first thing on Friday and offer guidance over how to proceed while the country mourns the Queen’s passing at Balmoral on Thursday afternoon.

The EFL also intends to make a decision based on the meeting and said on Thursday evening that “an appropriate announcement will be made at the earliest opportunity”.

Six Premier League games had been scheduled to take place on Saturday, including the lunchtime match between Fulham and Chelsea and the televised top-six clash between Manchester City and Tottenham Hotspur at 5.30pm.

On Sunday, a further three games had been slated with Monday’s meeting between Leeds United and Nottingham Forest rounding off this weekend’s games.

An EFL statement read: “As a mark of respect, following the passing of Her Majesty, The Queen Elizabeth II earlier today, the EFL has confirmed that its fixtures scheduled for tomorrow evening – Burnley vs Norwich City and Tranmere Rovers vs Stockport County – have been postponed.

“A determination regarding the remainder of this weekend’s scheduled fixtures will be made following a review of the official mourning guidance, in addition to further consultation with DCMS and other sports on Friday morning.”

The Women’s Super League season was set to kick off this weekend with Tottenham due to host Manchester United at the Tottenham Hotspur Stadium on Saturday lunchtime. It is unclear whether those fixtures will go ahead as planned.

A WSL statement read: “We are extremely saddened by the news that Her Majesty, Queen Elizabeth II has passed away. All of our thoughts are with the Royal Family at this incredibly difficult time.”

Sporting leaders had met on Thursday to discuss possible plans of action.

The Scottish Football Association expressed its deep condolences to the Royal Family upon the passing of the Queen, who was the patron of the governing body.

Will football fixtures be cancelled?

The EFL has said that “an appropriate announcement will be made at the earliest opportunity”.

“Today, the EFL was deeply saddened to hear of the passing of Her Majesty, The Queen Elizabeth II,” EFL chairman Rick Parry said.  “Over a 70-year reign, Her Majesty proudly served the United Kingdom and the Commonwealth with distinction.

“The Queen had a keen interest in sport including football. Her Majesty attended numerous FA Cup finals throughout her reign and was an advocate for our national sport through her many years of service.

“The Monarch was at Wembley Stadium in 1966 for perhaps our national game’s most famous moment to present captain Bobby Moore with the Jules Rimet Trophy after England beat West Germany to win the World Cup.

“On behalf of the League and its Clubs, we join the rest of the nation and people across the world in mourning the passing of our Queen, Elizabeth II.

“The thoughts of everybody at the EFL and our Clubs are with the Royal Family at this sad time for our country.”