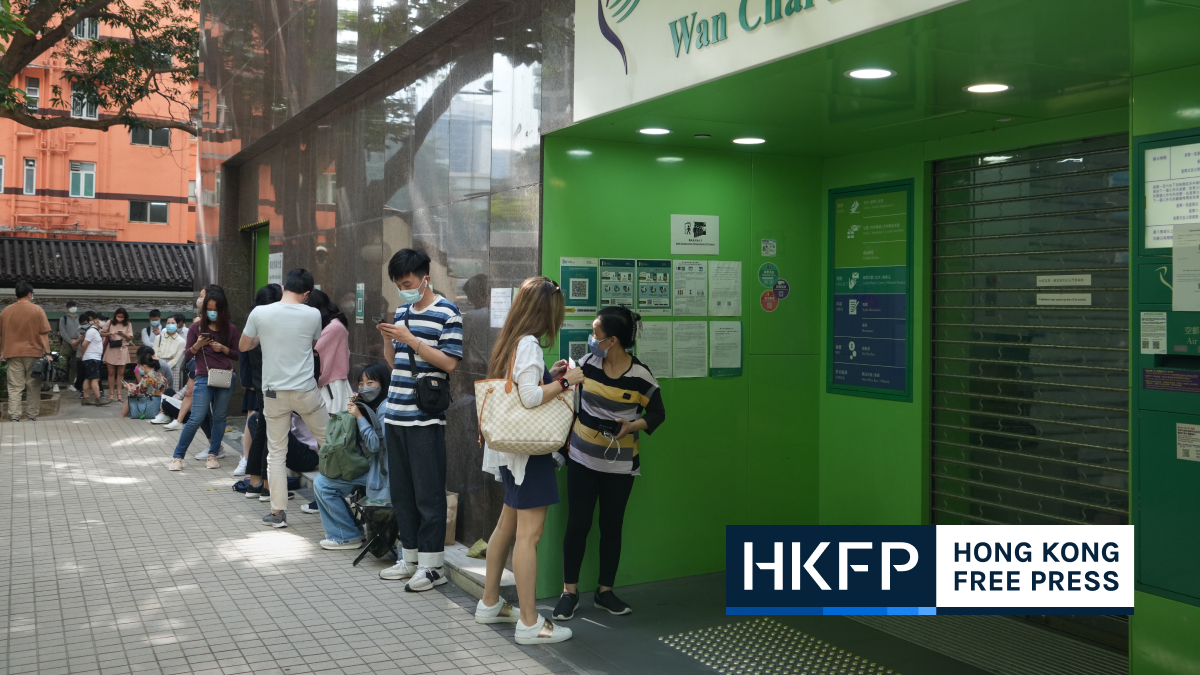 By 9 a.m. on Friday, a queue of dozens of people has formed outside Wan Chai Post Office, one of Hong Kong’s 18 designated post offices that issue Covid-19 vaccination record QR codes for anyone who received their jabs overseas.

Some bought portable chairs and books, in anticipation of a long wait.

Geraldine, who was vaccinated in Paris, said she had visited the post office three times before, yet had still failed to obtain the QR code, or Provisional Vaccine Pass as it is officially known. “I came at 9.25 a.m. last time, but the queue was very long… I only came this morning because I know I have no work meeting,” she told HKFP.

Yan, a postgraduate student who arrived Hong Kong through the Return2hk Scheme and received his jabs in mainland China, was the third in the queue outside Wan Chai Post Office. He told HKFP he had arrived at 5.00 a.m.

Yan had an examination on Saturday that required him to present a local vaccination record. “If I hadn’t called the school and asked for the exam details, I wouldn’t have known that I had to come here and apply for a provisional vaccine pass. I might not have been able to take the exam tomorrow,” Yan said, but he did not think the arrangement was problematic. “It’s just queueing up after all”.

On Thursday, the government announced that it from May 5, inbound travellers would be issued with a vaccination record QR code and a Provisional Vaccine Pass at border control points.

However, those who were vaccinated outside Hong Kong and arrived in the city before May 5 would still need to visit one of the 18 designed post offices to apply for the Provisional Vaccine Pass .

The government announced that the daily quota of Provisional Vaccine Pass application would be doubled from 1,200 to 2,400 from Friday, after long queues were seen outside designated post offices.

The quota will be increased to 3,000 from next week, and an online platform for people to register their non-local vaccination records would be re-introduced “as soon as possible,” the government said in a news release.