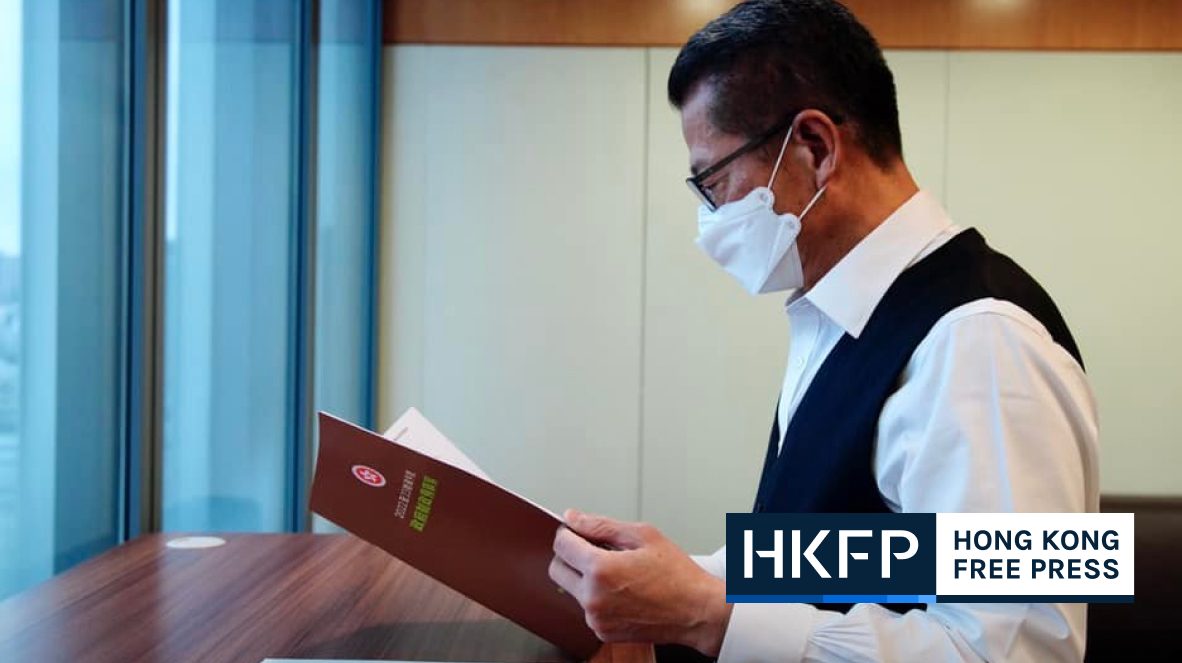 While rival finance centres emerging from pandemic isolation and reopening to the world, Hong Kong has found itself overwhelmed by the highly infectious Omicron variant after the city’s previously successful zero-Covid strategy crumbled.

The surge has prompted the reimposition of painful curbs that have shuttered many businesses, closed schools, pushed authorities to order multiple rounds of mass testing and compounded the city’s international isolation.

Finance Secretary Paul Chan released the taps in his 2022/23 budget speech with a series of handouts.

“Our economy and people’s livelihoods have been under immense pressure in recent months,” he told legislators in a speech that was live streamed because of the pandemic.

“Economic performance in the first quarter is not optimistic.”

Among the measures are HK$10,000 electronic spending vouchers for some 6.6 million people, double the amount offered last year.

As with previous rounds, the vouchers will not be available to foreign domestic workers or non-permanent residents.

The budget also included salary tax reductions, electricity bill subsidies and the continuation of a loan scheme for small and medium businesses.

This year is a politically sensitive one for both China and Hong Kong.

President Xi Jinping, China’s most authoritarian leader in a generation, is paving the way for a third five-year term at a major Communist Party meeting towards the end of the year.

Those celebrations now face being undermined by the coronavirus surge and China has ordered Hong Kong to stick to its zero-Covid strategy.

Some 62,000 cases have been recorded in the current wave, compared with just 12,000 for the two years before, but health experts fear the real number is far higher because of a backlog.

Most of the those who have died in the current wave were elderly and unvaccinated.

City leader Carrie Lam on Tuesday admitted that her administration was unable to deal with the surge and had called for help from the mainland, which will build a series of temporary hospital wards and isolation units.

All 7.4 million residents will have to undergo three rounds of compulsory testing in March.

Hong Kong is also sticking to its policy of trying to isolate anyone who tests positive for the coronavirus but it is not clear whether enough units can be built to deal with the exponential caseload.

Hong Kong’s economy fell into a two-year recession in 2019 and 2020 thanks to massive democracy protests followed by the emergence of the coronavirus.

It rebounded in 2021 with growth of 6.4 percent as zero-Covid largely kept the virus at bay.

But that recovery now looks shaky.

Chan offered a more optimistic take in his budget speech.

“I forecast that Hong Kong’s economy will put up a better performance in the second half of this year and achieve growth of 2.0-3.5 per cent in real terms for the year as a whole,” he said.