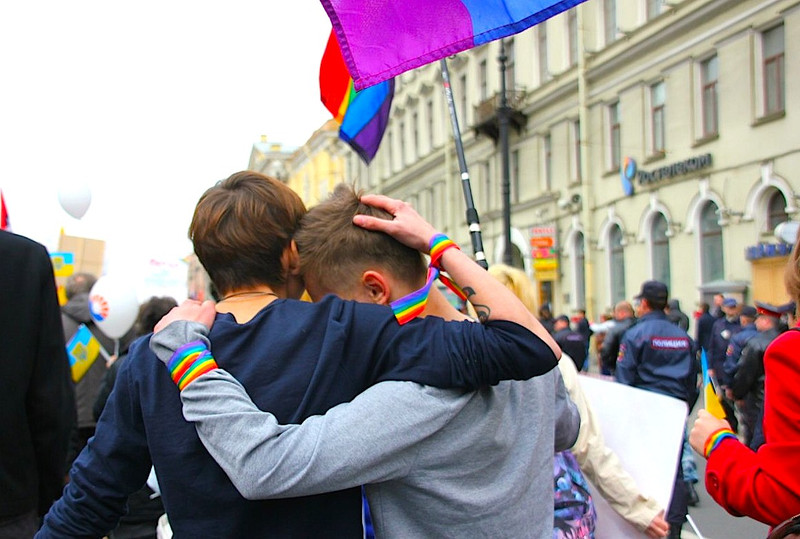 When Hungarians go to the ballot boxes on Sunday (3 April), besides voting in what looks like being an extremely tight general election, they will also get a second sheet with four questions: such as “Do you support the promotion of gender reassignment treatments for minors?”

Voters will be asked to vote in a referendum that prime minister Viktor Orbán’s government originally designed to rally his camp for election day by targeting LGBTI people.

But human rights groups are instead urging voters to spoil their ballots, warning that the referendum’s approval would increase prejudice against the country’s LGBTI community.

Orbán’s government has been pushing the referendum in order to defend a new law which limits school teaching about homosexuality and transgender issues — officially, as a measure to prevent child abuse.

The legislation, passed last year, has triggered a legal probe by the EU Commission and bans on content that is seen as “promoting” homosexuality to children, including in the media. The commission previously said it was discriminatory and a breach of EU values.

Over eight million voters will be asked whether they support the holding of sexual orientation workshops in schools without parents’ consent and whether media content that could affect sexual orientation should be shown to children without restrictions.

“This referendum asks about not-existing issues in a manipulative way, nowhere ever had children undergo sex-change operation,” Dorottya Rédai, a Hungarian academic and activist with the Labrisz Lesbian Association, said.

Rédai was the project coordinator of the book A Fairy Tale for Everyone, published in 2020, a collection of traditional fairy tales, updated with diverse, inclusive and LGBTI characters, which was met with an outcry on the government side.

Rédai said the legislation has created fear in the community as it has encouraged far-right supporters to attack LGBTI people. “Fear will get worse if the government is re-elected,” she added.

Rédai said targeting LGBTI people by the Fidesz government started in 2010, way before the current propaganda campaign and the publishing of the fairy tale book.

“Every few years they have adopted a restrictive law, which is proactively discriminative,” Rédai said.

The Fidesz-written new constitution in 2011 already included that marriage can only happen between a man and a woman. In 2020, Hungary ended legal recognition of transgender people, and de facto banned adoption for same-sex couples.

Government officials argue that they wanted to stop what it called LGBTI propaganda in schools, carried out with the help of civil organisations, in order to protect children.

Orbán portrays himself as safeguarding Christian values against Western liberalism, and had put gender issues at the centre of the election campaign — at least before the issue was swept away by Russia’s invasion on Ukraine.

“We are united, and this is why we will also win the referendum to stop at Hungary’s borders the gender insanity sweeping across the Western world,” Orbán said at a rally mid-March.

“We shall protect our families and our children, a father is a man, a mother is a woman, and leave our children alone,” Orbán told the crowd.

The referendum is only valid if at least 50 percent of the electorate casts a valid vote.

Currently, some 41 percent of the overall population do not plan to vote, and almost half of the opposition voters will vote invalidly, according to a mid-March poll commissioned by Amnesty International and the Háttér Society, an LGBTI rights group.

“It is encouraging that so many are clearly rejecting the government’s hate propaganda, and they also plan to voice it through their vote,” Luca Dudits, a spokesperson for the Budapest-based Háttér Society, said.