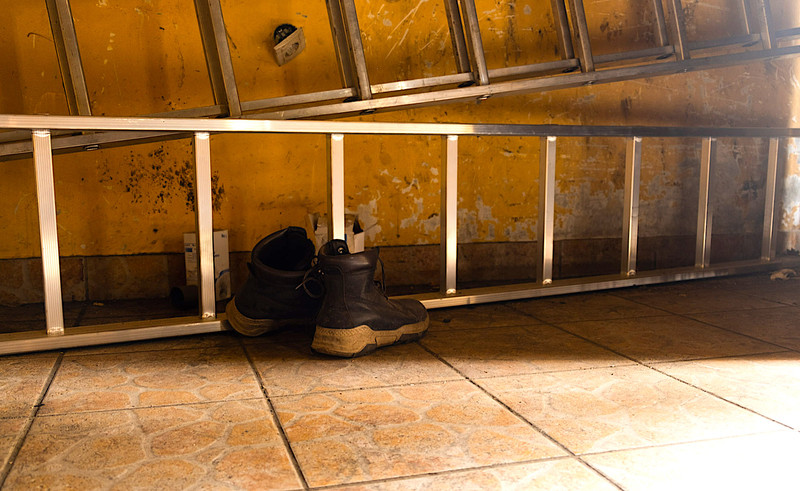 While the border between Serbia and Hungary remains almost impenetrable, Hungary’s border with Ukraine is open to accommodate hundreds of thousands of people fleeing.

Samir is Lebanese, but he cannot live in his country because of death threats he received after an investigative report he did.

After leaving Lebanon, he settled in Ukraine, where he married a Ukrainian girl, and they had a son.

“After the war broke out, my wife, my son and I, we ran away,” he says. “70km from the border, the Hungarian police stopped the car in which I was travelling with my family. Although I had all the documents to prove that I was living in Ukraine legally, my Lebanese passport made me an unwelcome person in the territory. The police handcuffed me, confiscated all my documents and after three days of detention they deported me to Serbia”.

His family was able to continue their journey to the country where they had planned to stay until the end of the conflict, but he is now stuck in Serbia without the possibility to move and without documents.

“I tried the game seven times, but I was always rejected in Serbia. I don’t know what to do, I just want to reach my family”. As he tells his story, a tear of pain rolls down his face, which has become expressionless with bewilderment.

Samir embodies the contradictions of a migratory system, the Hungarian one, which remains closed and discriminatory against those who attempt to enter the territory of the European Union through the border with Serbia.

Although in the current situation situation the government of prime minister Viktor Orbán has chosen to welcome Ukrainian refugees, the hardline of rejecting other migrants has not been softened.

The Hungarian reception system continues to be absent, despite this new semblance of openness.

“We crossed the first and second fence. Then the Hungarian police sent dogs after us, they beat us and, at the end, they arrested us”, says Hassan, a Syrian man with a frightened look and a voice trembling with the memory of the terror he felt.

As he shares his experience, he sits on the grass smoking one cigarette after another and drinking energy drinks trying to mitigate the anxiety of waiting.

He has tried the so-called game from Serbia to Hungary several times, always being violently rejected. And now he is preparing for a new attempt.

Like Hassan, many people from southwest Asia and north Africa gather in border towns like Sombor to try to reach EU territory — often without success.

Anikò Bakonyi, who works for the Refugee Program of the Hungarian Helsinki Committee, says: “In 2021 there were over 72,000 pushbacks at the Serbian-Hungarian border and this year, from January to March, over 20,000 … These are very high number, especially if you compare it with another border section which is open and where asylum seekers can arrive”. She refers to the Hungarian-Ukrainian border.

“The government, who has been newly elected, since 2015 demolished completely the functioning asylum system in Hungary”, declares Bakonyi.

Together with this dismantling, the Hungarian government erected a 4m high and 175km long barbed-wire fence, declaring a “state of emergency with relation to immigration” and making it increasingly difficult to enter Hungary.

Additionally, since 2020 people can only ask for asylum at the Hungarian embassy in Belgrade or in Kyiv. “People must submit a statement of intent and wait for the acceptance. If the statement is approved, then the person can travel to Hungary and submit an asylum application”, explains Bakonyi.

“Last year it was only eight people who were given such permission to enter Hungary”, he says.

Besides being an inaccessible land, Hungary is often a place where those trying to cross the border are subjected to violence by the police and army who patrol the borders.

“We don’t want to stay in Hungary”, tells Hassan sighing. “Our goal is to enter Europe, but our dream is lost because of Hungary”.

His voice breaks, but he continues to retrace his story: “When we arrived in Hungary, the Hungarian police took pictures of our faces, backs, and feet and then they took our fingerprints. They cracked our phones and humiliated us. Then they drove us back to Serbia”.

Due to the difficulty of entering Hungary without being pushed back, many people attempt different ways of crossing the border.

For example, Kadeem who after trying to climb over the fence and being beaten and rejected by the Hungarian police, tried to cross the border by car together with other Syrians.

“When we tried to cross the border with cars, they started to chase us until there was an accident. There were people whose bones were broken, and a few people died”, he says.

While describing the accident, he shows a wound on the right side of his head, where blood and hair have been encrusted for days, due to the lack of medical care available to those outside the official camps.

The Hungarian government did not respond to the request for clarification as to why the border with Ukraine is open, while the border with Serbia remains completely closed.

All the names of the people met in Sombor are fictitious to protect them, as they were afraid of the repercussions their interviews might have on their chances of entering the EU