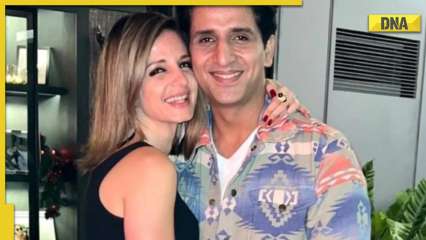 Sussanne Khan, the ex-wife of Hrithik Roshan, has been in a steady relationship with actor Arslan Goni. Although they have kept their relationship a secret until now and insisted that they are only “close friends”, their social media PDA has led fans to believe they are dating. It’s no secret that the two are deeply in love as they go on date nights, attend Bollywood parties together, go on mini vacations together and more.

According to the most recent reports, Sussanne Khan is willing to take a step forward in her relationship. Rumor has it that Sussanne, an interior designer by trade, wants to tie the knot with her boyfriend.

According to The Switzerland Times, a close source at the entertainment portal revealed that both Sussanne and Arslan want to get married. “Sussanne and Arslan are very mature and they know they want to spend the rest of their lives together and the marriage is on their minds. While Sussanne has also seriously considered getting married a second time. Even if the couple will get married, it will will be in the most subtle way. There will not be a grand party and a typical Bollywood wedding, but the latest trend is a simple shaadi,” said the source.

The source further added: “While there has been a buzz that Hrithik Roshan is planning to marry ladylove Saba Azad, the couple has not yet decided whether to take the plunge. But this is certain that Sussanne, who is friends both Saba and Hrithik will surely marry and they only decide when”.

While there’s no confirmation on the same yet, fans will definitely be happy if it happens soon!