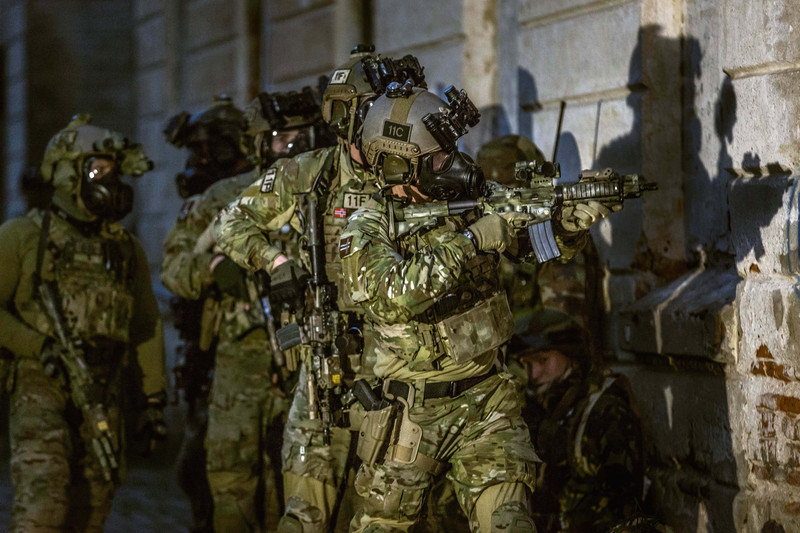 The recent sinking of the Moskva, the flagship of Russia’s Black Sea Fleet, is further evidence Ukraine is actually winning the war against Russia.

And it is winning for the same reasons that Azerbaijan won the Second Karabakh War with Armenia three years ago.

The factors that distinguish Ukraine now and Azerbaijan then are officer training, military equipment, and tactics.

Azerbaijani officers were trained for at least a decade to Nato standards in Turkish military academies as well as in the US and other Nato countries.

Through classes, drills, and exercises involving at least 10,000 troops annually for more than eight years, Nato and its members helped the embattled country shift from rigid Soviet-style command structures to Western standards.

Nato training created non-commissioned (NCO) officers which Russian and Armenian forces do not have.

NCOs provide links between senior officers who are rarely seen on the battlefield and troops.

In the absence of NCOs, Russian generals have been forced to get more involved in daily fighting and eight of them have been killed in the new war in Ukraine.

Nato also introduced mission command where senior level combat goals are transmitted lower down the chain of command and where they are adopted in a flexible manner. Russian and Armenian forces are far more hierarchical and inflexible.

Russian and Armenian military tactics are the same as in the Soviet era and thereby predictable.

In contrast, Ukrainian and Azerbaijani forces are unpredictable and their forces aim to sow chaos in their opponents’ ranks.

Ukrainian intelligence and volunteers routinely hack Russian military communications and use the intelligence to plan attacks.

Armenian military communications were as poor as Russian ones and soldiers in both armies gave their positions away when using mobile phones.

Ukraine’s air force pilots are also given greater autonomy and have proven to be a match for Russia’s larger air force, shooting down over 300 jets, bombers, and helicopters.

Meanwhile, Russian forces in Ukraine have been issued with out-of-date Soviet medical kits from 1978 and soldiers do not carry medical kits, meaning many of their wounded die before they can be transported to hospitals.

Ukrainian and Azerbaijani troops are provided with battlefield medical kits that can be used to patch up wounds to save soldiers’ lives before they are transported to military hospitals.

Nato’s training instills respect for soldiers that has never existed in the Soviet and Russian armies.

Logistical supplies to the Ukrainian and Azerbaijani armies are of a higher standard than those sent to Russian and Armenian soldiers.

Such attacks have been assisted by the creation of Ukrainian and Azerbaijani special forces — trained to Nato standards.

These special forces are superior both in their agility and ability to launch attacks compared to Soviet era spetsnaz found in the Russian and Armenian armies.

Azerbaijan and now Ukraine are the first countries to use drones in a major way in wars. Their use in the 2020 Second Karabakh War was a decisive factor in Azerbaijan successfully destroying a huge number of pieces of Armenian military equipment and military positions.

Although Turkey has striven to maintain a balance between Ukraine and Russia, it has continued to supply military equipment to Ukraine, such as the Bayraktar drones.

Their important success in the war in Ukraine has even led to popular songs being sung about them.

Russian drones captured by Ukraine have no parallel to the Bayraktar in terms of their weaker optical ability to locate targets and poorer military capabilities.

Azerbaijan in 2020 and Ukraine today have, and are, successfully fighting 21st century wars against Armenian and Russian opponents stuck in the Soviet 20th century.

Nato-standard officer training, a wide range of Nato backed military reforms and use of modern, up-to-date military equipment have given Azerbaijan and Ukraine the edge to win wars with Armenia and Russia.