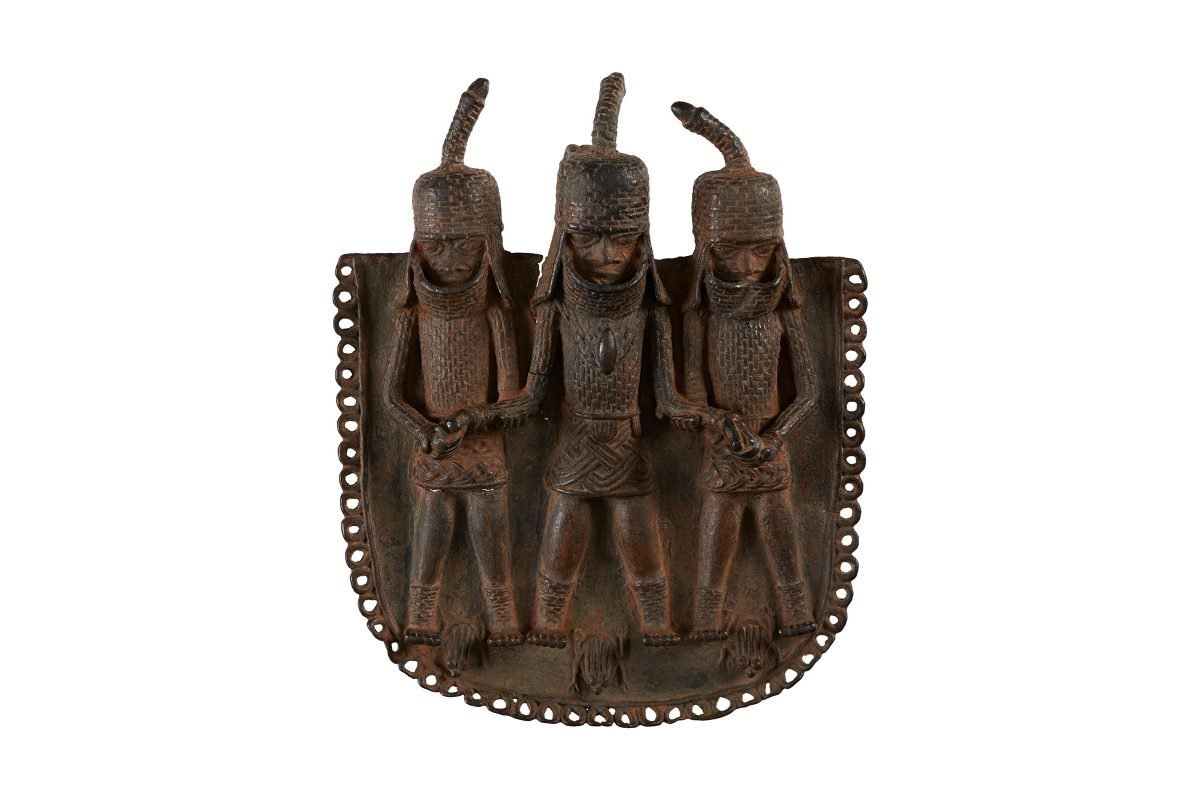 A British museum has announced that it is returning 600-year-old Nigerian artefacts stolen 125 years ago.

The Horniman Museum and Gardens in London will hand over the 72 objects to the Nigerian government.

The items that include 12 brass plaques, known as Benin Bronzes, a brass cockerel and a key to the king’s palace that were looted by the British in 1897 from the Kingdom of Benin – modern-day Nigeria.

Hundreds of items were taken from Benin City at this time during a punitive expedition by British forces. The bronzes were subsequently spread across European museums.

Other objects being returned include a brass cockerel altarpiece, ivory and brass ceremonial objects, brass bells, everyday items such as fans and baskets.

It’s believed the artefacts were created from the 16th or possibly 15th century onwards in the West African Kingdom of Benin by artists working for the Oba (king).

The Horniman received the request from Nigeria’s National Commission for Museums and Monuments (NCMM) in January 2022.

“The evidence is very clear that these objects were acquired through force, and external consultation supported our view that it is both moral and appropriate to return their ownership to Nigeria,” Eve Salomon, chair of the museum, said.

“The Horniman is pleased to be able to take this step and we look forward to working with the NCMM to secure longer-term care for these precious artefacts.”

The Charity Commission, as the regulator of the charity sector, endorsed the decision of the Horniman trustees on 5 August.

The agreement to return the treasure comes six months after another two Benin bronzes were returned to Nigeria by two British universities.

Jesus College, Cambridge, handed back a cockerel sculpture and the University of Aberdeen returned the Oba head in February.

The Horniman says it will discuss with the NCMM about the possibility of retaining some objects on loan for display, research and education.