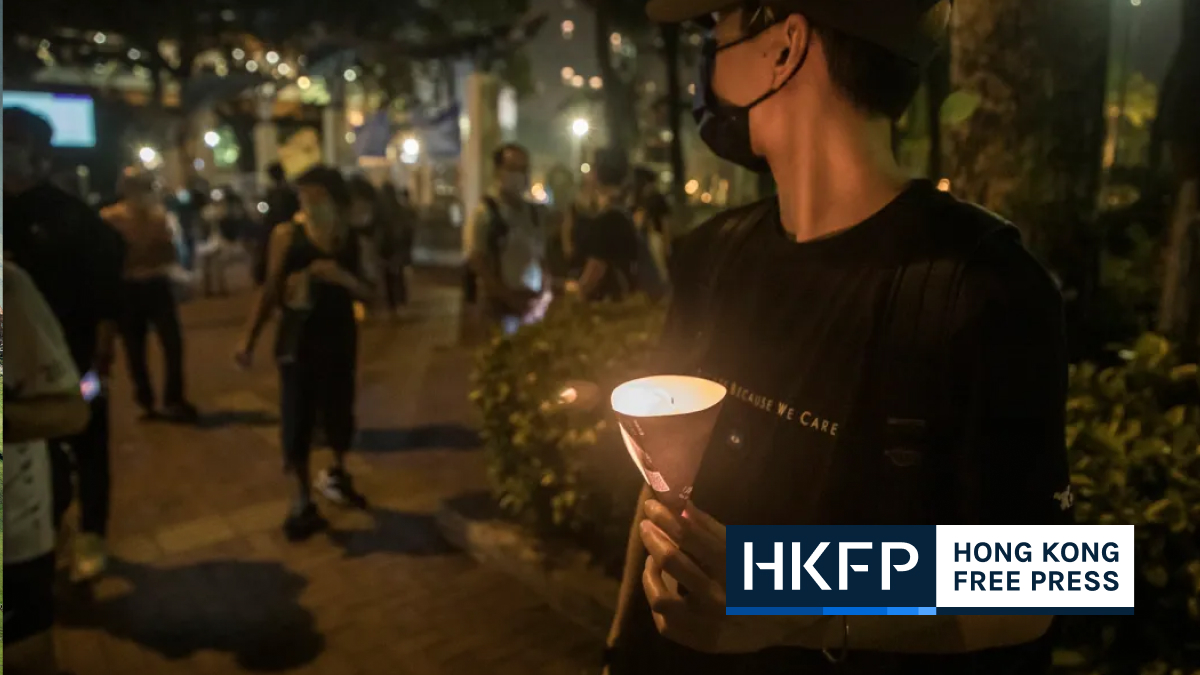 Hong Kong police have warned people not to join gatherings on the anniversary of the Tiananmen crackdown, saying online posts appeared to “incite” others to take part in an unauthorised assembly in Causeway Bay on Saturday.

The warning came on Thursday at a press briefing outside police headquarters in Wan Chai. Asked for details of the posts and the social media platforms involved, police said they “would not help promote” such content and offered no further information. No arrests have been made so far.

A candelight mass vigil was held for decades in Victoria Park for victims of the 1989 military crackdown on protesters in Beijing. But the government banned the event, which had been organised by the Hong Kong Alliance in Support of Patriotic Democratic Movements of China, in 2020 and 2021, citing public health reasons amid the Covid pandemic. Coronavirus-related curbs on outdoor gatherings are still in force.

Authorities in 2020 arrested dozens who defied the ban and last year sealed off the park. A police spokesman sidestepped questions about the possibility of cordoning off the park again, saying only that police would act in accordance with the situation at the time.

The spokesman said “it is perfectly fine” for people with a “genuine” leisure purpose to enter the park.

“But however, as I have to stress, even though you are alone, and then coming to Victoria Park… if you are staying together with a group of people, at the same place, at the same time, with a common purpose, to express certain views, it is already meeting the definition of a meeting. And depending on the number of persons at the scene, that may contravene offences including unauthorised assembly or due to the acts, may also contravene other more serious offences,” said Senior Superintendent Liauw Ka-kei.

The park’s football pitches where crowds once gathered have already been fully booked. The Leisure and Cultural Services Department has said the pitches could only be reserved for “designated use” due to the pandemic. Liauw said police had not received any applications to hold gatherings at Victoria Park on June 4 this year.

Do not test the boundaries

The senior officer said police action on Saturday would be “proportionate,” such as giving people advice and warnings before more stringent actions like arrests. But he also warned people not to “test” officers.

“Try not to test the boundaries…as well as testing the determination or our commitment in enforcing the law in this operation.”

In 2020, many Hongkongers defied the ban and went ahead with the commemoration. A number of prominent veteran activists, such as Lee Cheuk-yan, Albert Ho and Chow Hang-tung, have been jailed for organising or taking part in an unauthorised assembly.

Lee, Ho and Chow were former leaders of the Alliance. The group disbanded last year, after more than three decades of advocacy to commemorate those who died on June 4, 1989 after months of student-led demonstrations in China. It is estimated that hundreds, perhaps thousands, died when the People’s Liberation Army cracked down on protesters in Beijing.