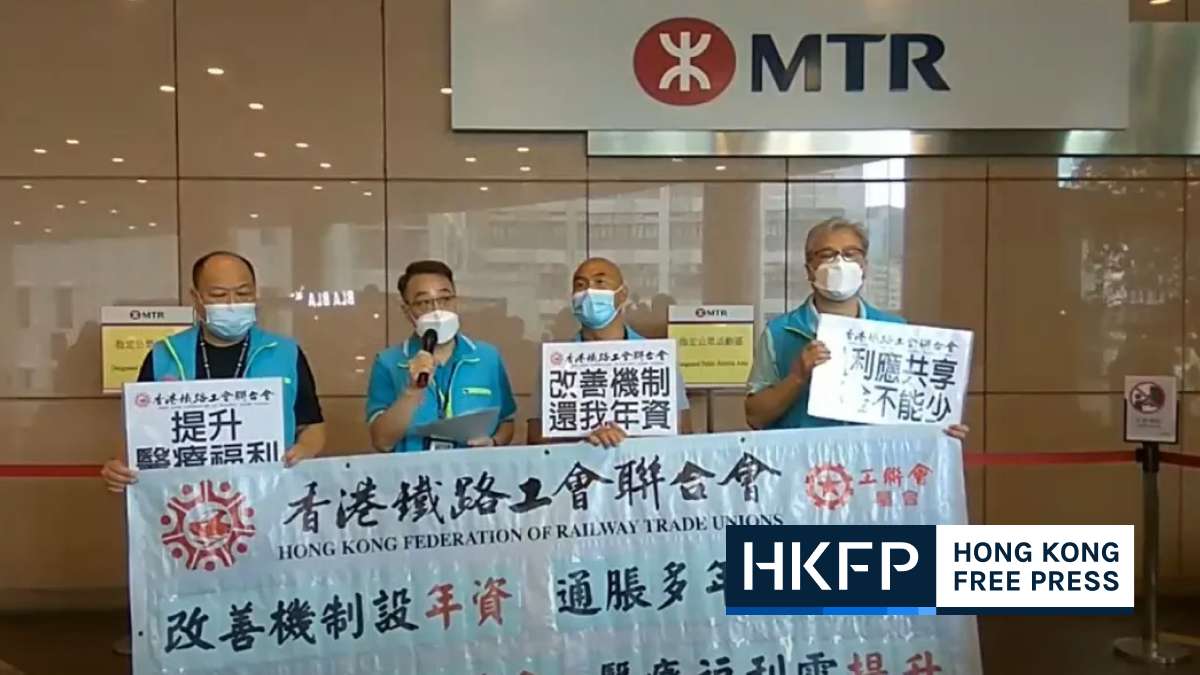 The MTR Corporation has offered its employees a salary bump of between 1.6 and 5 per cent, depending on their performance, according to union groups who attended a meeting with the transit firm on Wednesday.

The railway giant assessed staff performance using a five-tier grading system, with level five being the best. Those attaining level five would receive a pay rise of 5 per cent. Those graded level four will get a 4 per cent-hike and level three staff would receive a 3.3 per cent increase. Local media report that level two staff will receive a 1.6 per cent rise.

According to the Hong Kong Federation of Railway Trade Unions, employees whose performance ranked level three or above, will also receive a one-off bonus worth up to two-months salary.

However, the federation said the pay rise fell short of employee expectation as they had experienced a pay freeze over the past two years.

“The 3.3 per cent hike only barely catches up with this year’s inflation. What about the inflation over the past two years? Our salary took a hit and the company did not offer any compensation,” a union spokesperson said on Wednesday.

In a press release, the union also said that employees’ workload had increased following the opening of new rail lines, such as on the Tuen Ma Line and the East Rail Line Cross-Harbour Extension. It also demanded the company review its salary mechanism and include seniority as a factor when they consider future adjustments.

Two other workers’ unions which attended the same meeting also demanded that staff seniority be factored in. The Hong Kong Railway Workers General Union and the Federation of Hong Kong Transportation and Logistics Industry Unions proposed a pay review every five years of employment in a bid to recognise workers’ efforts and experience.

The two groups, however, had a more positive response towards the pay rise. In a statement, they said the adjustment was “satisfactory” and was helpful in alleviating staff financial burdens.

The transit company’s decision came one day after the government announced a 2.5 per cent pay hike for civil servants of all ranks. A previous pay trend survey suggested a raise of up to 7.2 per cent for senior government workers. The survey also served as a reference for private companies.