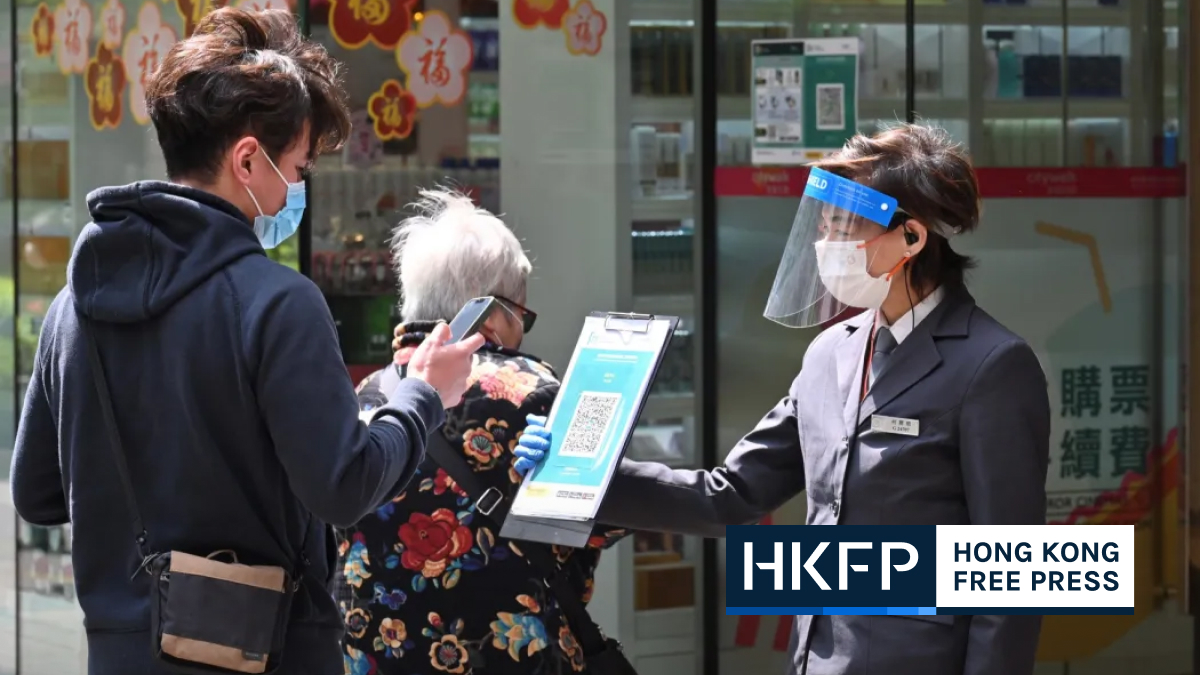 Children as young as five will soon need to have received at least one dose of a Covid-19 vaccine to enter restaurants and other premises under the Vaccine Pass scheme, Hong Kong authorities announced on Thursday.

Speaking to reporters during the daily Covid-19 press briefing, Under Secretary for Health Libby Lee said the new arrangements for children aged five to 11 would be rolled out in two stages.

The second phase will kick in on November 30, when all children in the age group must have received two jabs.

Lee said children or their family members can present a physical copy of their vaccination record with the QR code, or a photo of the QR code saved on their smartphones.

A new feature would also be added to the LeaveHomeSafe app that will allow parents to save their children’s vaccination records. In the meantime, parents with the eHealth mobile application can upload their children’s records there.

Experts had earlier expressed support for extending the Vaccine Pass to children. Lau Yu-lung, a paediatric professor at the University of Hong Kong and an advisor to the government’s Covid-19 response, said he believed the move would incentivise jabs.

Some parents, however, have expressed concern that the arrangement may be inconvenient.

Changes for those aged 12 and over

Separately, authorities also revised the vaccination requirements for people aged 12 and up. From September 30, those who have received a second Covid-19 jab must get their third jab within five months instead of six months.

From November 30, they must have received their third dose.

Since February, Hongkongers have had to present a valid Vaccine Pass to enter designated premises including restaurants, gyms, cinemas and other venues.

Other places, including shopping malls and department stores, are also under the Vaccine Pass scheme but are only subject to “passive checking,” whereby staff will not proactively monitor whether customers’ Vaccine Pass is valid.

According to a government press release on Thursday, 70 per cent of children aged between five and 11 have received two doses of the Covid-19 vaccine.

“With the commencement of the new school year and the worsening epidemic situation… we have the imminent need to further drive up the vaccination rate of children,” the release read.

As of Thursday, just over 90 per cent of Hong Kong’s population have received two doses of the Covid-19 vaccine. Around 74 per cent have gotten three jabs.

Hong Kong reported 11,091 new Covid-19 infections on Thursday, the highest caseload since late March, and 12 related deaths. The number of new cases daily began rising steadily in early August and has hovered around the 10,000 mark since last week.