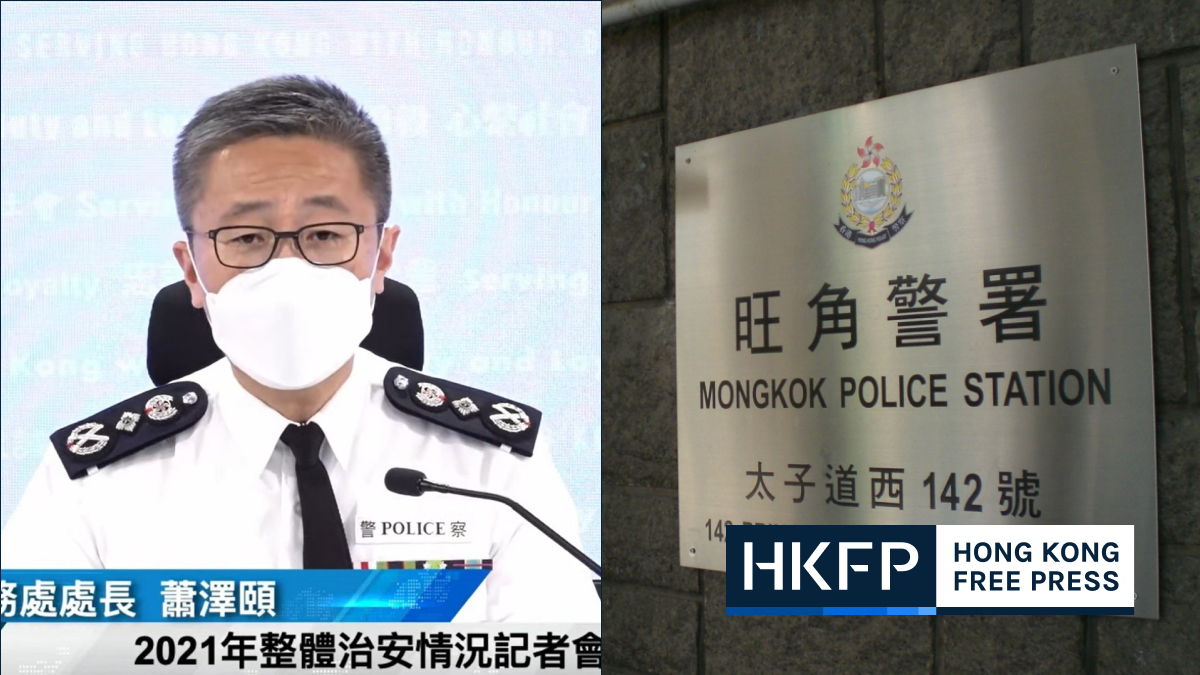 Hong Kong saw its overall crime rate increase in 2021, with a drop in violent crime but a rise in instances of fraud and drug smuggling, police said during an annual round-up of crime statistics on Thursday.

The city recorded 64,248 cases of crime last year, up 1.9 per cent from 2020. Violent crimes including arson and assault fell, while pickpocketing and looting plunged to 10-year lows.

“With stability restored in society, police have been able to focus more on dealing with issues of public safety,” Police Commissioner Raymond Siu said at a press conference. “Thanks to increased targeted patrolling, intelligence gathering… robbery cases fell by 53 per cent to 123 cases.”

Child abuse cases, however, rose by 60 per cent to 1,232 cases. Referring to an alleged abuse scandal involving at least 20 staff at a children’s home revealed last month, Siu said that the force had set up a team to monitor 60,000 hours of CCTV footage from the facility.

“The relevant suspects have been charged,” Siu said. “The investigation is ongoing.”

There were 23 murder cases – most of which occured in a domestic setting – last year, one more than in 2020.

Meanwhile, Hong Kong saw an uptick in fraud cases in 2021. Police recorded 19,249 instances, an increase of 24 per cent. The nature of the scams ranged from investment fraud to job recruitment to online relationship scams.

Phone scams fell, but the amount of money lost to the fraudulent activity rose by 40 per cent. Siu pointed out a case last April in which a 90-year-old woman was conned out of HK$250 million, making it the city’s biggest recorded phone scam.

“The victims include educators and those working in the legal field. Even those who are young and highly educated can be scammed easily if they are a bit careless,” he said.

Drug offences also increased last year, rising 37 per cent compared to 2020. “Due to the epidemic and the tightening of travel restrictions, drug smugglers are using different ways to traffic drugs, using air and sea to bring large amounts of drugs into the city,” Siu said.

While crime involving young people fell, the number of 10 to 15 year olds involved in drug cases had increased, suggesting that youngsters are being drawn into drug-related activities, Siu said.

Police have arrested around 160 people under the national security law since the legislation came into force in June 2020. The law, which was handed down by Beijing, criminalises activities defined as secession, subversion, foreign interference and terrorism.

Among the arrested, over 100 people have been charged, Siu said.

“There are still a small number of anti-China elements creating chaos in Hong Kong going underground,” Siu said. He cited pro-independence group Returning Valiant, members of whom were arrested last year over alleged possession of explosives and materials, and a lone-wolf attack involving the stabbing of a police officer on July 1, the anniversary of the city’s handover from British to Chinese rule.

Promoting the safeguarding of national security, Siu added, will be one of the main focuses of the police force this year.