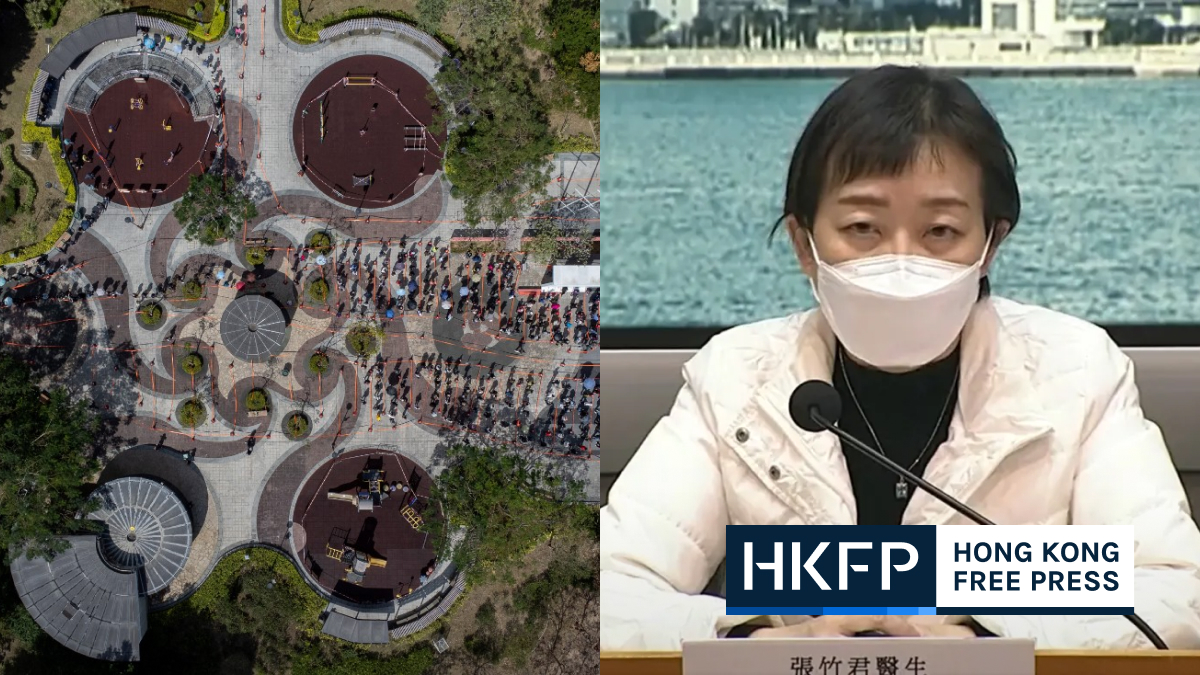 Hong Kong’s government laboratory has experienced a backlog in testing leading to a delay in the confirmation of Covid-19 infections, with a health official saying that Sunday’s confirmed cases “should have been higher.” The city reported 2,071 new cases on Monday.

“The Public Health Laboratory – the laboratory of the Centre for Health Protection (CHP) – still has some 1,000 cases at hand that should have been completed as part of yesterday’s tests but weren’t finished in time,” the CHP’s Chuang Shuk-kwan told the press on Monday.

“Therefore, the number of confirmed cases yesterday should have been higher,” Chuang said. The CHP reported 1,347 new cases on Sunday, an understatement according to Chuang.

Of Monday’s 2,071 confirmed Covid-19 cases, 2,052 were local, while 19 were imported from Indonesia. There were 1,957 suspected Omicron cases and 32 suspected Delta infections, with Chuang saying that more than 110 were awaiting variant test results.

Chuang said there were about 4,500 preliminary positive cases on Monday. She said health authorities are “looking for ways” to speed up the testing process and increase their capacity.

Earlier on Monday, the Chief Executive’s Office published a statement outlining five task forces to facilitate mainland support for Hong Kong in fighting the fifth-wave outbreak. One of the specialist teams led by Erick Tsang, the secretary for constitutional and mainland affairs, will be responsible for enhancing the city’s testing capabilities.

During Monday’s briefing, health officials also reported that two elderly people had died of Covid-19 before they could be sent to hospital, while another two died at hospital.

A 73-year-old resident of Kwun Tong’s Kwong Tin Estate died on Sunday and tested positive for Covid-19 during a post-mortem. A 77-year-old man who lived in Yau Ma Tei died on Monday. He had been suffering from a raspy voice and had been coughing for a day, later calling an ambulance when his condition worsened. He did not make it to the hospital and post-mortem specimens tested positive for the virus.

Two other Covid-19 deaths were reported by the Health Authority, including a male patient, 77, who was admitted to Eastern Hospital on Saturday and a 82-year-old man who was hospitalised on Friday at Princess Margaret Hospital.

At present, there are a total of 10 hospitalised Covid-19 patients in critical conditions, including a three-year-old girl. Chief Manager (Patient Safety and Risk Management) of the Hospital Authority Sara Ho said during the briefing that the critical patients were mostly elderly, and three of the 10 were vaccinated.

Unvaccinated hospital staff could be fired

The Hospital Authority Employees Alliance (HAEA), a pro-democracy medical union, said the public hospital managing body had warned unvaccinated staff that they could be fired, according to a statement released on Monday morning.

In the statement, HAEA said the Hospital Authority had told employees that if they could not enter their places of work after the implementation of the “vaccine pass” at government premises and hospitals on Wednesday, they would be treated as having an “absence without permission” and face disciplinary action, including immediate dismissal.

The HAEA questioned the timing of the new measure, as Hong Kong’s public hospitals are currently facing a staff shortage in face of the city’s fifth wave of Covid-19 outbreak, and urged the Hospital Authority to withdraw the vaccine pass measure.

When asked about the HAEA statement during the official Covid-19 briefing, Ho said more than 98 per cent of Hospital Authority’s staff were already vaccinated and around 1 per cent were medically exempted from getting the jabs.

As for those who do not have valid health proof and refuse to get Covid-19 jabs, Ho said they would “follow up individually based on existing personnel procedures.”

Ho then urged fellow Hospital Authority employees to get vaccinated as soon as possible to “protect themselves and protect patients.”