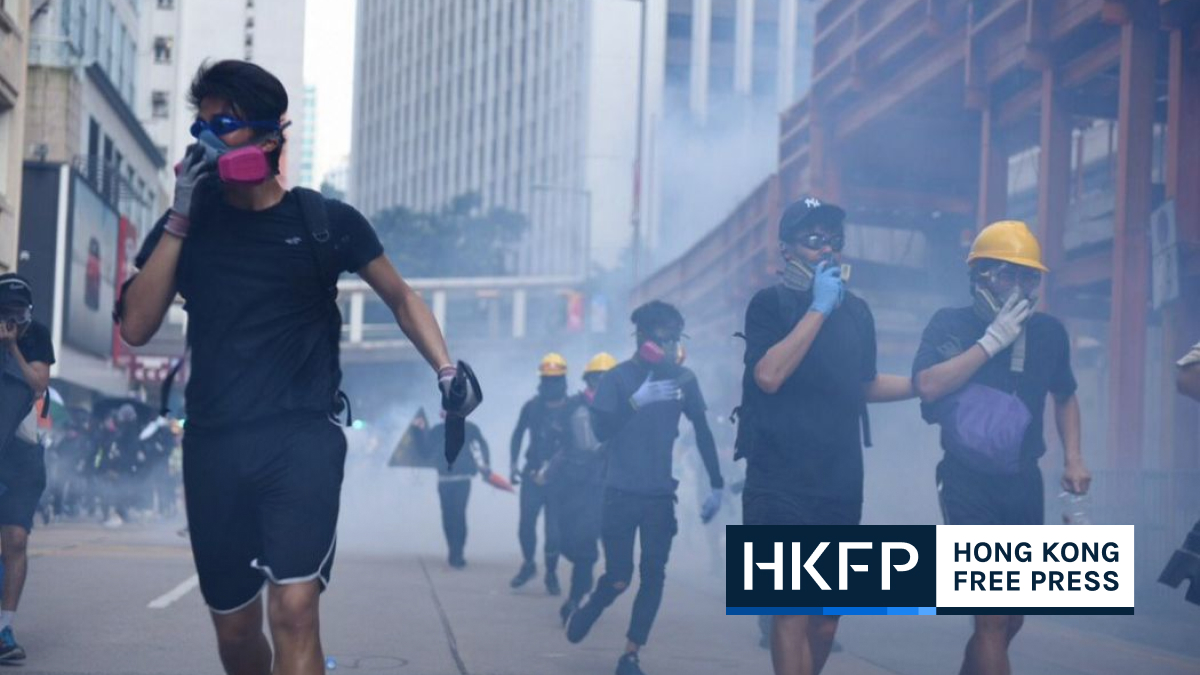 Hong Kong police have rearrested 13 men in connection with offences linked to a protest in October 2019. Those apprehended on Tuesday were originally released after being detained on China’s National Day that year.

Police arrested 13 men aged 20 to 54 on Tuesday and charged 12 of them with rioting in Wan Chai on October 1, 2019, which marked the 70th anniversary of the People’s Republic of China. Another man stands accused of possessing anything with intent to destroy or damage property, while other charges in the case included possession of ammunition without a license and obstructing police.

That day saw violent clashes between police and protesters in various districts as demonstrators called on people to “mourn” China’s National Day, which is a public holiday in the city.

The men taken into custody on Tuesday were among 57 protesters arrested on suspicion of participating in an unlawful assembly around Queensway, Hennessy Road, Johnston Road and Queen’s Road East. According to the police, protesters blocked roads, committed arson, threw objects at officers and damaged public facilities.

Some the 50 odd detainees were released after they refused to be bailed, effectively forcing the police to press charges within 48 hours or let them go. Citing “in-depth” investigations and advice from the Department of Justice, the Force decided to re-arrest 13 of them on Tuesday.

The defendants were originally scheduled to appear at the Eastern Magistrates’ Courts on Wednesday morning, but their hearing was postponed to 2.30 pm.