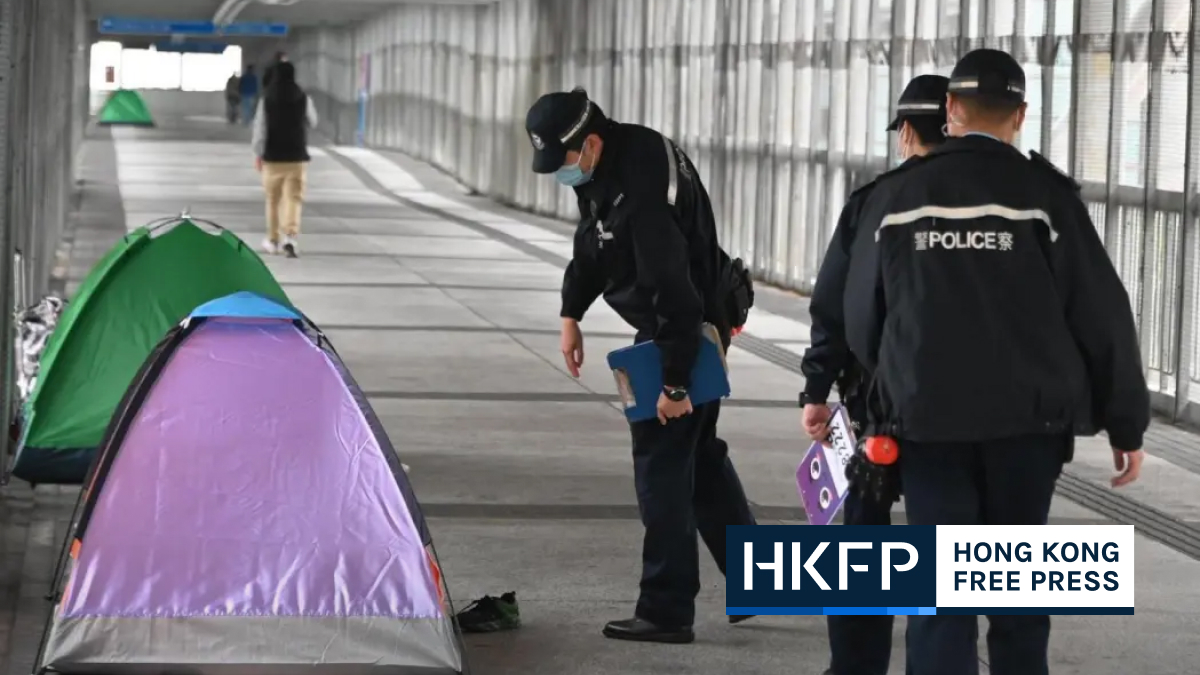 Hong Kong’s leader said that more than 32,000 government employees have contracted Covid-19 during the fifth wave, while over 10 per cent of officers have been infected, according to the police chief.

Raymond Siu, the commissioner of Hong Kong Police Force, told China News Service on Sunday that more than one tenth of his colleagues were infected by Covid-19 “at the peak of the fifth-wave outbreak.”

Siu said it is “absolutely a major challenge” for them to uphold law and order under such conditions and that they had reallocated staff from supporting positions to the frontline, including officers responsible for training and those in the Complaints Against Police Office. He said students in the Hong Kong Police College might be deployed in the future.

The police chief said the force placed an emphasis on combatting crimes “related to the pandemic,” saying that some people were knowingly “spreading the virus” by visiting shops after receiving a positive test result, “inciting others online to plant explosives in testing centres” and selling fabricated vaccination exemption certificates.

Siu said all of these offenses are “affecting the overall anti-epidemic work,” adding that they will “spare no effort on both online and offline monitoring. If there is evidence, [we] will not be lenient and make arrests as soon as possible.”

Lam said the figure – representing around 17 per cent of the city’s civil servants – was collected last Monday. Among them, more than 70 per cent had already resumed working, Lam said.

Lam thanked all civil servants, Hospital Authority employees and other staff serving the public and said there had been no “lack of effort” across the ranks within the two years of the pandemic.

According to Lam, the number of government employees mobilised in the fifth wave was over 140,000 – more than 70 per cent of the total head count – which “far exceeds” previous waves.

‘Not surprising’ if infection rebounds

Lam unveiled the government’s roadmap to relax social distancing measures and announced the lifting of the flight ban from nine countries on Monday morning. Starting from April 1, returning Hong Kong residents will be required to undergo seven days of hotel quarantine if their tests return negative results.

At the regular Covid-19 briefing on Monday afternoon, the Centre for Health Protection’s Chuang Shuk-kwan was asked how the proposed relaxation of Covid-19 restrictions would impact the trend.

In response, Chuang said it would be “not surprising” if there was a rebound in cases after the relaxation of social distancing measures. However, she said the social distancing restrictions would be “relaxed step-by-step cautiously” and citizens would still be required to wear a mask.

Chuang also said the change in quarantine requirements for Hongkongers returning from overseas was in line with isolation measures for local Covid-19 patients. Chuang called the new rules “more stringent” than home quarantine measures for local cases because international arrivals will be expected to take daily rapid tests and two PCR tests.