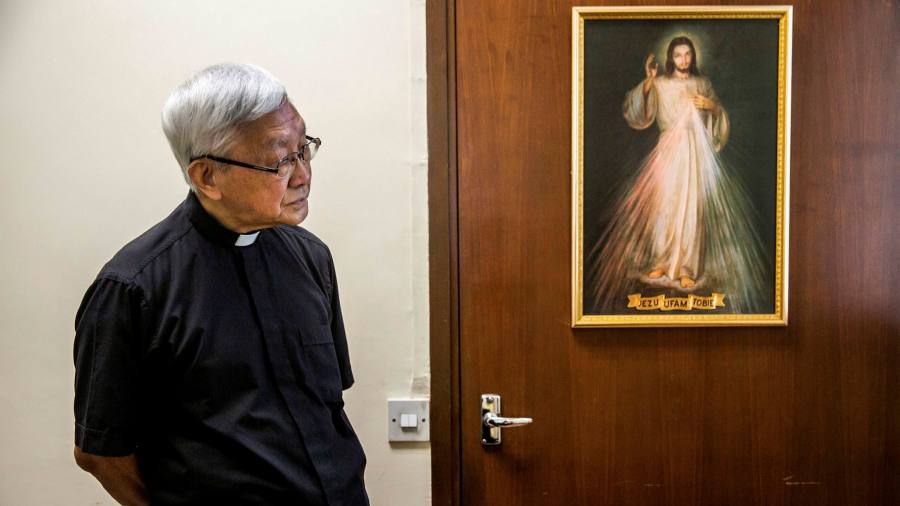 The arrests, which follow the confirmation of ex-security chief John Lee as Hong Kong’s next leader, were connected to a now-defunct fund that assisted opposition activists during the city’s 2019 pro-democracy protests, one person with knowledge of the matter said.

Zen, 90, was a vocal supporter of the Hong Kong democracy movement and his arrest is likely to add to tensions between the church and China. He was released on bail from Chai Wan Police Station on Hong Kong island late on Wednesday.

Police said two men and two women arrested on Tuesday and Wednesday were accused of colluding with foreign forces, an offence under Hong Kong’s national security law. The Hong Kong government did not respond to a request for comment.

“The Holy See has learned with concern the news of the arrest of Cardinal Zen and is following the situation with great attention,” the Vatican press office said in a statement.

The four arrested, including Zen, were trustees of the 612 Humanitarian Relief Fund, which was established in June 2019 in the wake of the city-wide demonstrations. The fund helped pay protesters’ legal and medical fees and had received donations of about HK$250mn ($32mn) by last year.

The fund ceased operation last year, after national security authorities in Hong Kong said they had launched an investigation into its donation sources and whether its operations involved any breach of the sweeping national security law Beijing imposed on the city in 2020.

Zen retired as bishop of Hong Kong in 2009 after serving for more than six years. As well as remaining an outspoken advocate of democracy and human rights, he strongly criticised an agreement the Catholic church made with Beijing in 2018 that gave the Chinese Communist party a formal say over the appointment of bishops.

Hui is a prominent cultural studies scholar and a supporter of the 2019 protests. His contract was terminated by local Lingnan University last year, with the institution declining to offer any specific reasons.

More than 180 people have been arrested by Hong Kong law enforcement agencies under the national security law as of this month, including former lawmakers, activists, journalists and businessmen. Jimmy Lai, founder of the now-defunct leading pro-democracy newspaper Apple Daily, has also been arrested under the law.

“Some of the city’s most respected pro-democracy figures, whose activism has always been entirely peaceful, are now potentially facing years in jail,” said Erwin van der Borght, Amnesty’s regional director. “There could be few more poignant examples of the utter disintegration of human rights in Hong Kong.”

John Lee, who was officially endorsed as Hong Kong’s next leader by a “patriots only” selection committee on Sunday, oversaw the enforcement of the security law when he was security minister between 2017 and 2021. The Beijing-backed Lee will succeed outgoing chief executive Carrie Lam when he is sworn in on July 1.

Lai said it was one of the most high-profile arrests of Catholic clergy in China for alleged political crimes since that of Cardinal Ignatius Kung in the 1950s. Kung also protested against Beijing’s control of church activities. “This arrest will be very troubling to people of faith and the Holy See,” he added.