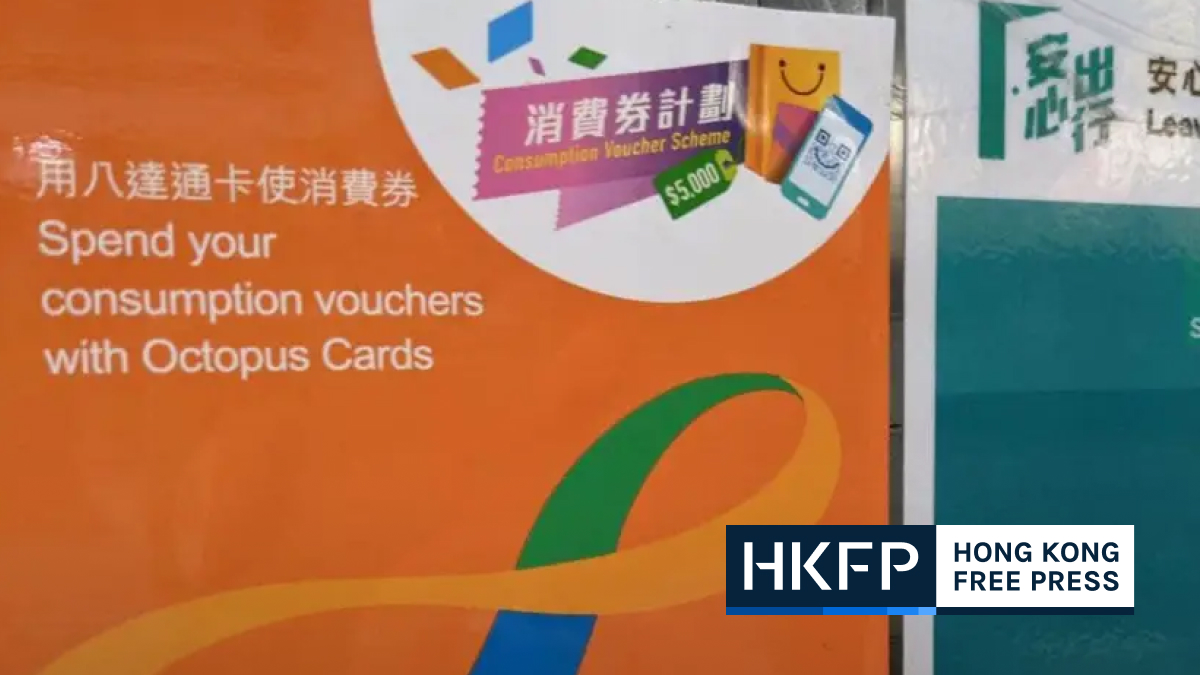 Hong Kong police have arrested nine people for allegedly defrauding others out of HK$310,000 worth of consumption vouchers, among them a suspected fraud syndicate believed to be controlled by a triad group.

The police said they have received 64 reports of people alleging being scammed out of the HK$5,000 first-phase of consumption voucher since April, when it was disbursed.

The consumption voucher scheme was launched last year to promote Hong Kong’s Covid-stalled economy by handing out HK$5,000 to eligible residents via stored value facilities. The scheme was expanded this year to HK$10,000 payouts, the second tranche of which will be distributed in August.

“Fraudsters obtained the personal information of the victims, including a copy of their Hong Kong Identity Card, pretended to be the victim, changed the receiving bank account of the consumption voucher by post and diverted the voucher to themselves,” Commercial Crime Bureau superintendent Kung Hing-fun said during a press briefing on Wednesday.

When changing the personal information, the suspects also included phone numbers that were not registered under a real name to avoid being tracked by police.

Police said among the nine people who were apprehended, six men and one woman were arrested on a charge of conspiracy to defraud. The force said the seven were part of a triad-controlled fraud syndicate, which accounted for 70 per cent, or 46 of the cases. The syndicate’s mastermind was among the seven arrested.

Four members of the syndicate allegedly made false purchases – by “paying” for an item with the consumption voucher and receiving the value of the item in cash – to the tune of HK$210,000 within the first two days of distribution. Most of the transactions were made in three shops selling electronic products in Tsuen Wan and Ma On Shan, police said.

“We believe the fraud syndicate and the three shops conspired to cash out the consumption vouchers. On one hand, we have the communication records between the syndicate and the shops. These shops allowed the syndicate members to make transactions with multiple vouchers within a short period of time. On the other hand, the shops in question also could not provide us with the details of these transactions,” said Chief Inspector Tang Kai-wing.

Tang said the syndicate recruited teenagers to make purchases in those shops, adding that the police may make more arrests.

The remaining two suspects stood accused of stealing other people’s information to change the receiving accounts of the voucher. They were arrested on theft charges.

Registration for the second round of consumption vouchers opens on Thursday.