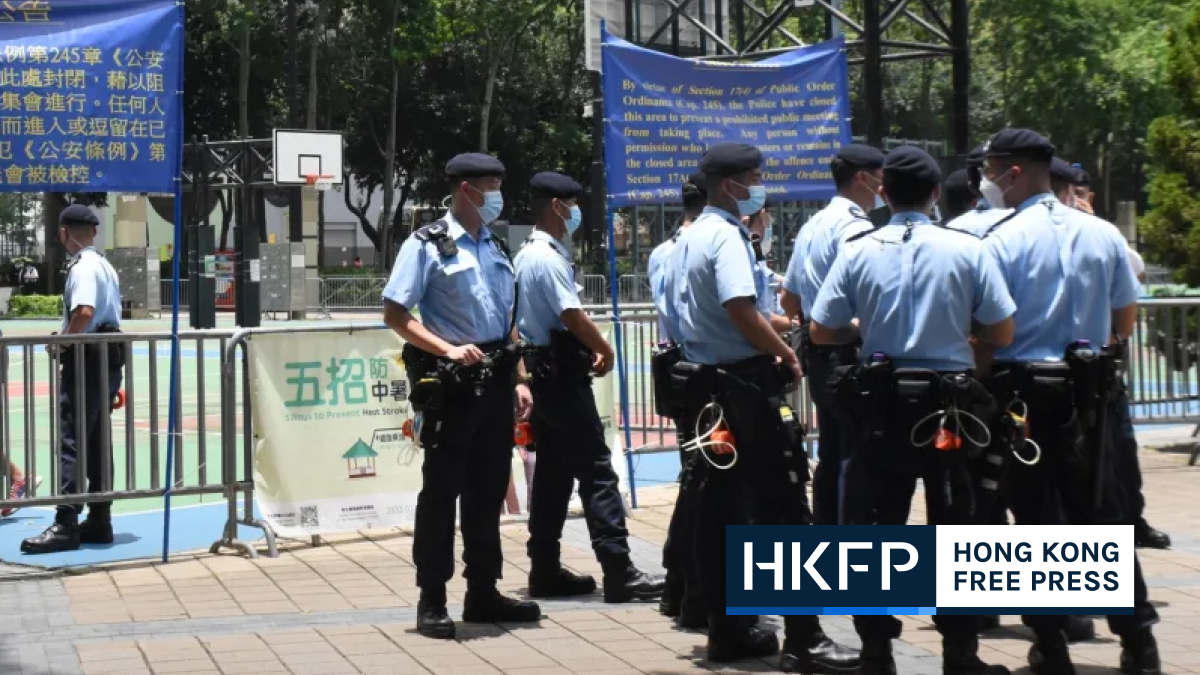 The Office of the Privacy Commissioner for Personal Data (PCPD) handled a total of 842 doxxing cases last year, with 161 complaints linked to the new offences, the watchdog revealed in a work report discussed in the Legislative Council (LegCo) on Monday.

Doxxing refers to the malicious publishing of private or identifying data.

Between October 8 and December 31, 2021, the PCPD issued 227 cessation notices to 12 online platforms, requesting they remove 1,111 doxxing messages. Some platforms were based overseas, Privacy Commissioner for Personal Data Ada Chung said. They were generally given two days to remove the content in question, and around 80 per cent of the messages were removed, Chung added.

The authority to demand online removals was part of a list of sweeping powers the watchdog gained last year under the amended Personal Data (Privacy) Ordinance. According to the changes that came into force last October, anyone who divulges personal information without consent with an intent to cause psychological harm can face a fine of up to HK$1 million and five years in jail.

“The complaint figures indicate that with the strenuous publicity and education efforts
of the PCPD, more and more people understand that doxxing constitutes a criminal
offence… there is an increased awareness about protection of personal data privacy among the public,” the PCPD report read.

The new provisions in the privacy law were proposed following a spike in doxxing cases during the months-long extradition bill protests in 2019. Police officers and their family members, government supporters and journalists saw their name, phone number and sometimes even their identity card number being exposed on social media platforms and various doxxing sites.

On Monday, several lawmakers on the Panel on Constitutional Affairs said they had been victims of doxxing, including Ambrose Lam and Chan Yong. The watchdog’s chief admitted that legislators and police officers were still the subject of some doxxing acts.

“Although the doxxing situation has improved greatly… we found that some platforms are still targeting some well-known figures, government officials, lawmakers and police officers,” Chung said in response to a question raised by New People’s Party chairwoman Regina Ip, without disclosing the related statistics.

Once criticised as being a “toothless tiger,” the PCPD now has its own Criminal Investigation Division, which was formed in July last year, the watchdog told HKFP on Monday. Among the 30 odd officers involved in criminal investigation and prosecution work, more than 10 were former police officers.

The team made its first arrest on December 13, 2021, after a 31-year-old man allegedly disclosed another individual’s personal information online following a financial dispute. So far, three people were apprehended by the PCPD.

The work report comes as a website targeting democrats and journalists remains online almost a year after HKFP alerted the authorities with media enquires. Since 2019, the “HK Leaks” website has openly maintained an online database of personal data belonging to over 2,000 Hong Kong democrats, protesters and journalists.

ID card numbers, headshots, home addresses and phone numbers are often included. Historically, the site has been hosted on Russian servers and promoted by groups linked to the Chinese Communist Party. However, the privacy watchdog told HKFP last year that it would not comment on individual cases.