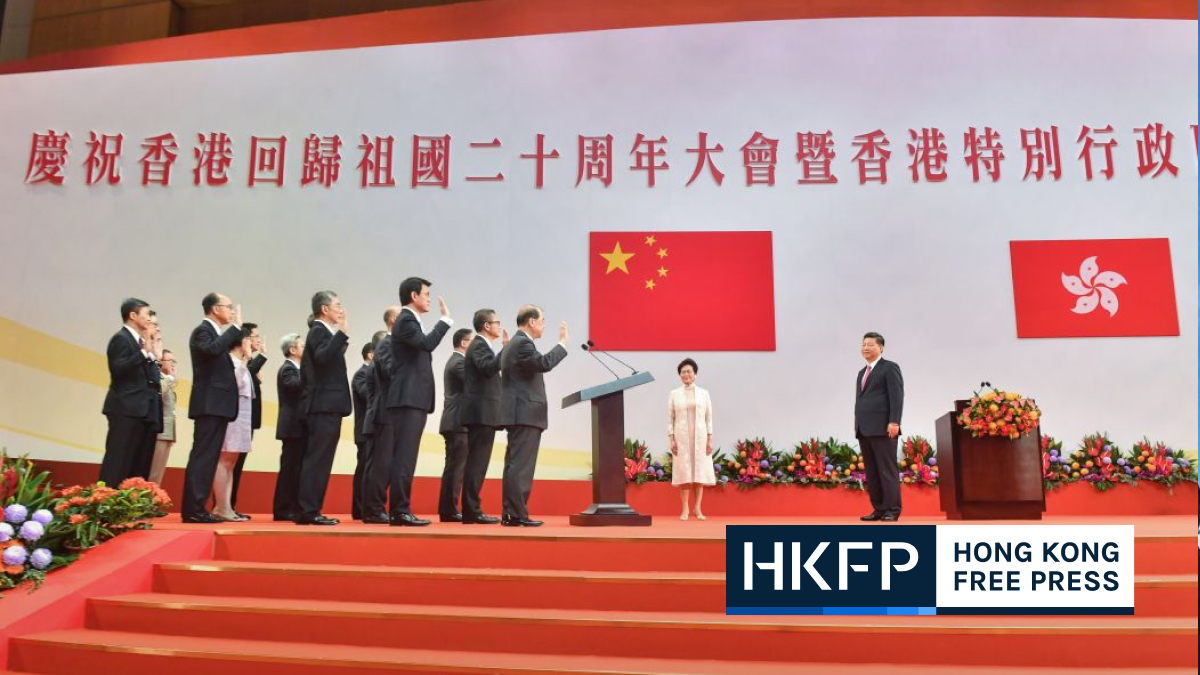 Executive Councillor Ip Kwok-him has said that “a state leader” may visit Hong Kong on July 1 – which marks the 25th anniversary of Hong Kong’s Handover from Britain to China – as top officials have been told to avoid huge gatherings ahead of the day.

A source familiar with the matter told HKFP that all incumbent government officials and lawmakers had been asked to observe “closed-loop” arrangements from Thursday ahead of July 1. The source did not specify what was required from the closed-loop arrangements.

Speaking on a Commercial Radio programme on Tuesday, Ip said he had been asked not to join large gatherings, such as banquets and large-scale performances.

“I can travel point-to-point, from home to our work place and vice versa. It is also best if I do not take public transport – maybe travel in a private car or a taxi,” Ip said. Local media reported that officials need to spend the night before July 1.

There has been speculation that China’s leader Xi Jinping might visit Hong Kong. Xi oversaw the swearing in of incumbent Chief Executive Carrie Lam on July 1, 2017.

Ip said there was no rule banning officials from dining out, but he personally would eat at work or at home, adding that the arrangement was laxer than expected. Local media previously reported that officials would be asked to spend a week in a quarantine hotel ahead of the Handover anniversary.

Ip was also asked whether the laxer-than-expected approach suggested that Xi was unlikely to be visiting the city.

“I don’t think that is the case. The arrangement matches the standard for when state leaders visit Hong Kong. If there is no visit planned, there would be no need for such preparations,” Ip said, without naming Xi or other top Chinese officials.

But the executive councillor said it was possible that any visit would be a brief one, with the potential visitor returning to Beijing directly after attending the Handover celebration and inauguration of the new administration, which will be led by John Lee.

Ip said a state leader traditionally meets with outgoing government officials and the incoming administration during their visit, but it was unclear whether it would be the same this year. There had been no confirmation from the government whether any state leaders will visit Hong Kong on July 1.

The Legislative Council cancelled its weekly meeting on June 29 in a bid to reduce the risk of legislators contracting Covid-19 as they were invited to take part in celebrations on July 1.

LegCo president Andrew Leung ordered the Wednesday meeting to be postponed by a week, according to a statement, which also said that online meetings could be set up for urgent matters between June 23 and 30.