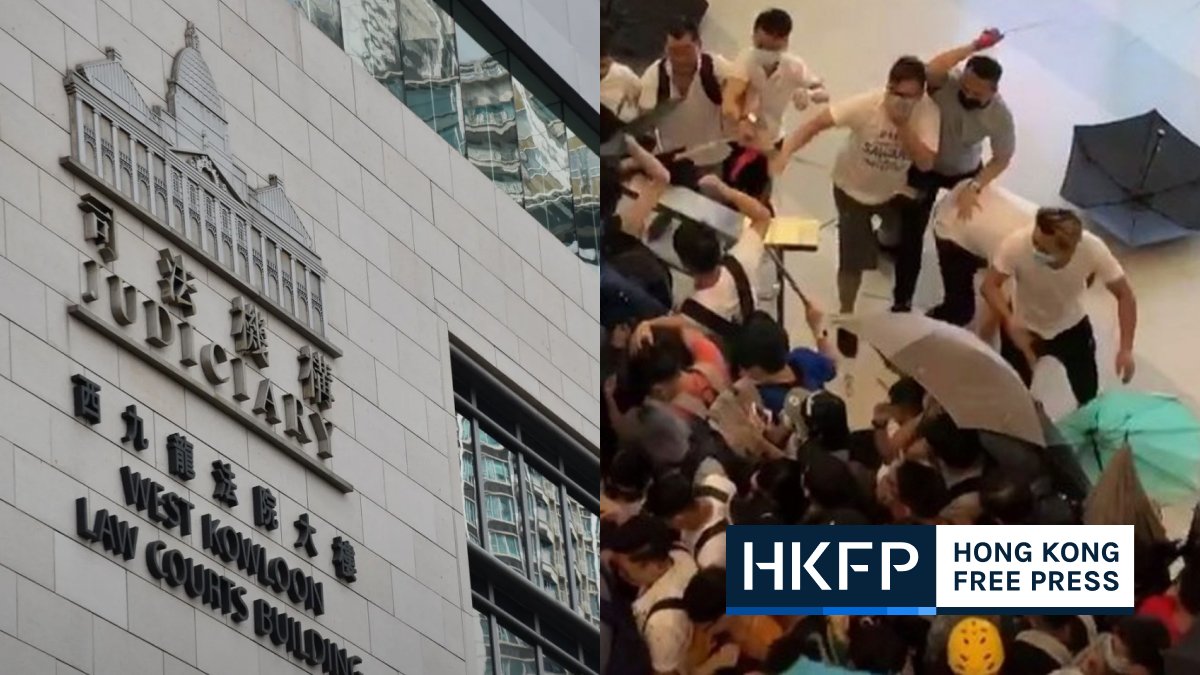 A Hong Kong man has been convicted of rioting and conspiracy to wound in connection with the mob attack in Yuen Long that occurred during the 2019 protests.

The defendant, who was among the rod-wielding, white-clad men behind the attacks, had earlier pleaded not guilty to rioting and conspiracy to wound with intent. The court acquitted him of the latter charge, replacing it with the conspiracy to wound charge, which carries a shorter maximum sentence.

Ahead of the verdict, the prosecution summoned around a dozen witnesses including a police officer. Footage showed Ching at Fung Yau Street North, and later, attacking people with his bare hands and a cane inside Yuen Long MTR station. Ching was also seen gesturing to other white-clad men to walk towards the platform.

The incident was widely seen as a turning point in the months-long unrest. Police officers were accused of colluding with the attackers and arriving at the scene 39 minutes after initial reports. Uniformed officers were seen walking away from the station as people called for help.

Wong said on Wednesday that the stance of the defence was unclear and unsubstantiated. The defence argued during the trial that the white-clad men were “part of the Weiquan movement” – a loose network of mainland-Chinese rights activists – and were not disrupting peace in society. Separately, the defence also said they were provoked into action.

Ching will return to court for sentencing on October 27.

According to local media, Ching arrived in Hong Kong from the mainland on the afternoon of that day. He then returned to the mainland in the early hours of the next day, and was apprehended when he crossed the border into the city last August.

To date, police have arrested 66 people linked to the July 21, 2019, attacks, including 51 white-clad men, the Witness reported.

The Wednesday verdict makes Ching the eighth white-shirted assailant to be found guilty of rioting and other charges. Last July, a court convicted seven people, sentencing them to between three and a half and five years in jail.

The first defendant in that case, Wong Chi-wing, was acquitted by the judge, but the Department of Justice filed an appeal against his acquittal. The case will be handled in May 2023, the Witness reported.