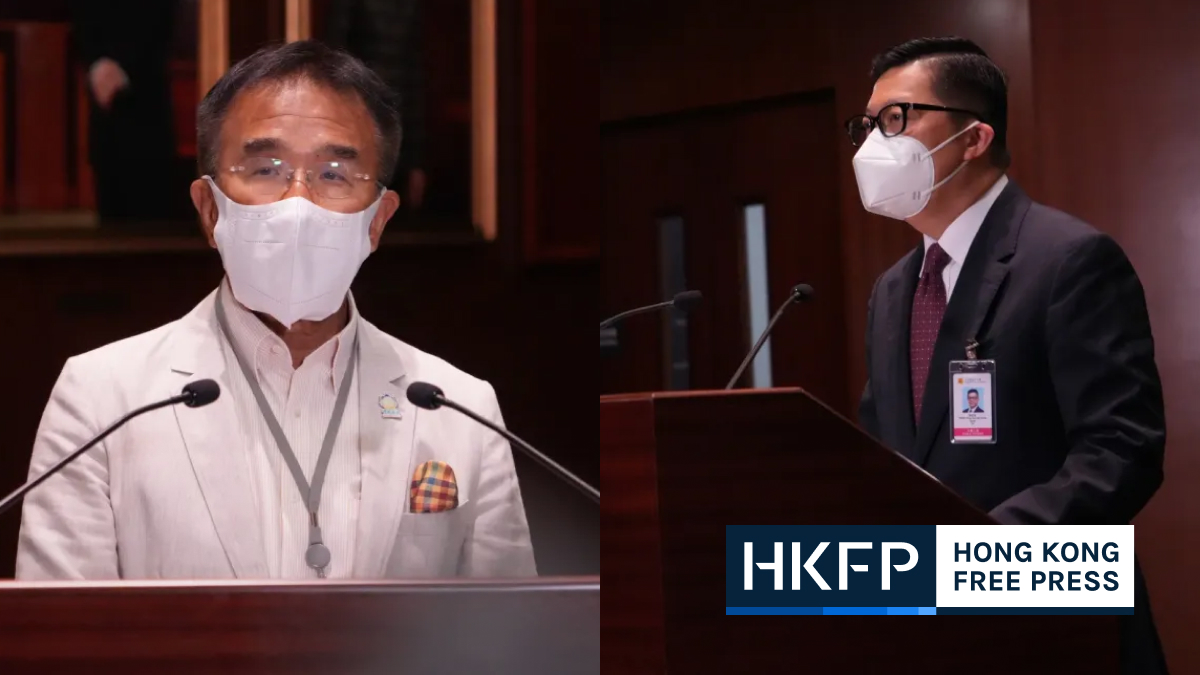 The government expects research into the planned “fake news” law to be completed by the middle of the year, the legislature has heard. However, security chief Chris Tang has said that existing laws were already capable of regulating the spread of false information related to the Covid-19 pandemic.

During a Legislative Council meeting on Wednesday, lawmaker Michael Tien asked about government efforts to combat “false information,” saying that it “has greatly affected public order and efforts for fighting the epidemic.”

In response, the Secretary for Security Chris Tang said that the government was closely monitoring “online rumours and inaccurate reports” and would proactively clarify any incorrect information in circulation.

“Although Hong Kong does not have a fake news law at the moment, there already are a number of sections under the existing legal framework that can handle the dissemination of improper information,” Tang said, citing the laws prohibiting sedition, intimidation and blackmail as examples.

Tang revealed that as of the end of April, a total of 19 people had been arrested for “inciting others to disobey anti-epidemic measures, vandalise government disease control facilities, or distribute false pandemic information,” since the beginning of the Covid-19 pandemic.

However, Tien said the number provided by the security chief did not directly address the number of arrests made over false information related to Covid-19.

“Do you know how much fake information goes everywhere each month? With such a small number of arrests, is the law working?” Tien asked.

The lawmaker then proposed that the government should prioritise prohibiting the distribution of false information relating to the pandemic.

“The scope will be much smaller and the definition will be much easier,” he said, as “an all-encompassing fake news law would be too big of a project and could not be implemented in the short term.”

Tang said that people involved with disseminating false information were arrested under various laws and the government did not have an overall statistic on the matter.

The Acting Secretary for Home Affairs Jack Chan also revealed how research into a proposed “fake news” law was progressing during the meeting.

According to Chan, the government commissioned a consultancy last November to research the impact of false information on society, the limitations of Hong Kong’s current laws and similar regulations and enforcement experiences in eight other regions – mainland China, Singapore, Malaysia, the US, the UK, France, Germany and the European Union.

The next phase will be to collect opinions from different stakeholders and make recommendations based on the findings, Chan said. “We hope that all reports can be completed by the middle of the year so that concrete suggestions can be made.”

Chan said apart from legislation, the government was open to other ways to combat the spread of false information, including administrative means.

“To conclude, we will spare no effort and we have to suppress [false information] in a comprehensive manner,” Chan said.