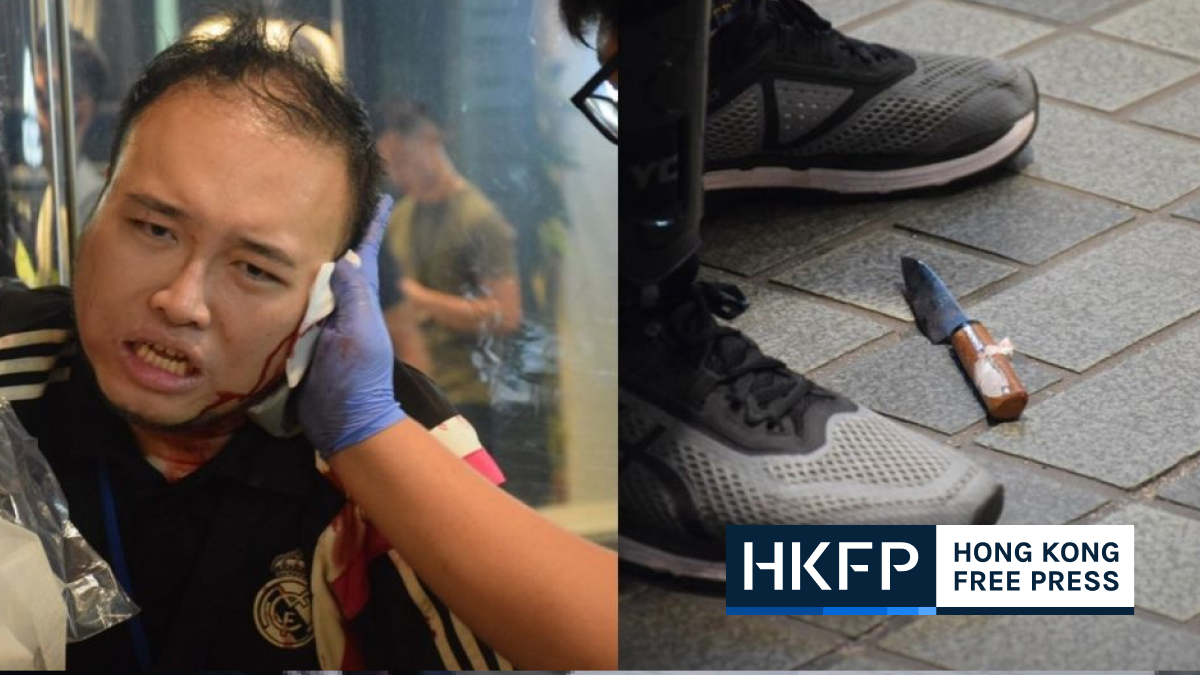 A man accused of biting off former district councillor Andrew Chiu’s ear and slashing a man in the stomach during a protest in 2019 has been found guilty of three counts of wounding, inflicting grievous bodily harm with intent and a count of common assault.

Defendant Joe Chen, 51, was convicted at the High Court by a seven-person jury on Wednesday after a four-hour deliberation, local media reported.

Chen was accused of slashing and stabbing a man in the stomach and in the back with a knife, and wounding two others at the Cityplaza shopping mall on November 3, 2019. The victim of the attack responded to Chen with an insult after Chen had said “liberate Taiwan.”

Chen then attacked the man, his wife and their relative with a knife, causing the man to bleed profusely with injuries that were nearly fatal, the court heard during the trial.

Andrew Chiu, who was a pro-democracy district councillor of Tai Koo Shing West at the time, tried to stop him. The defendant then became even more agitated, bit off Chiu’s left ear and spat it on to the ground, Chiu said in his testimony. An attempt to reattach his ear surgically ultimately failed, he added.

Several sit-in protests occurred at shopping malls across the city in November 2019 during protests against a now-axed bill that would have allowed extradition of suspects to mainland China. Police stormed the Cityplaza mall after the entrances of two restaurants were vandalised while the attack took place outside.

During his defence, Chen said he carried a knife for the purpose of peeling fruit during a hike. He said his mind went completely blank during the incident and he had no memory of the attack, after drinking multiple glasses of wine and cans of beer earlier that day. He had been on prescribed medication since seeking psychiatric help from a public hospital in 2012, he said.

Chen, facing a maximum of life imprisonment, was remanded in custody until his sentencing in February next year.

Chiu, meanwhile, is also in custody. He is among the 47 democrats facing national security charges over the democrats’ primary election last July.