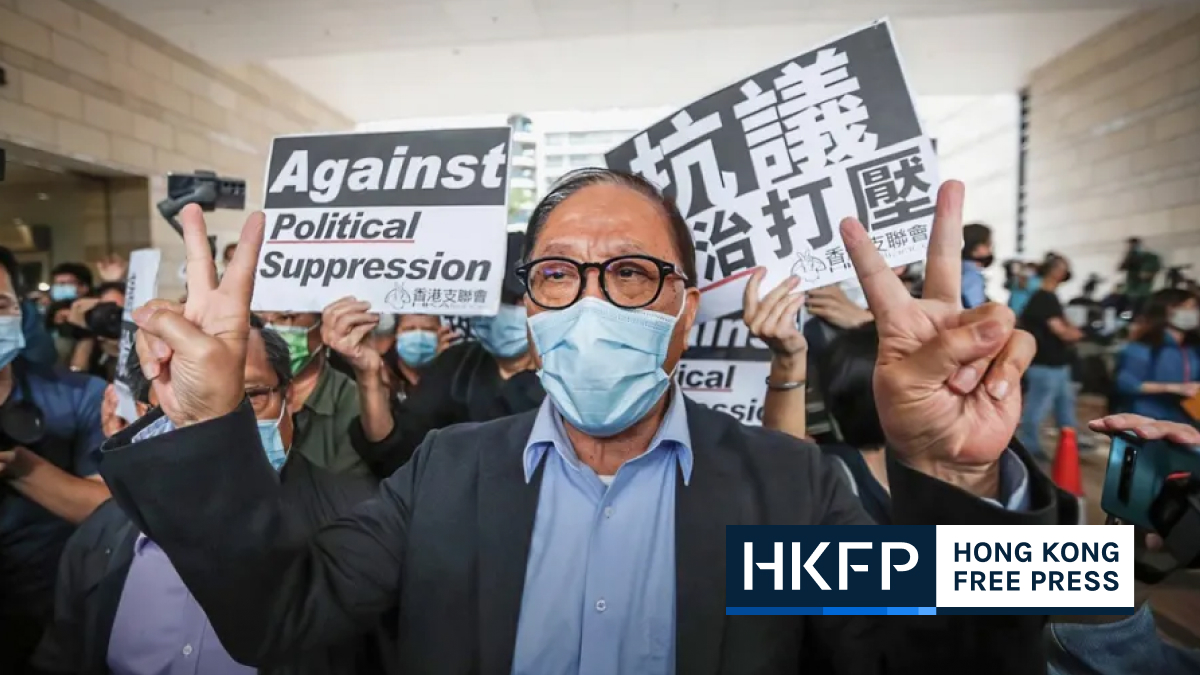 Veteran pro-democracy activist Yeung Sum was released from prison on Monday after completing his 14-month sentence for taking part in an unauthorised assembly on National Day on October 1, 2019.

The former Democratic Party chairman and lawmaker left Stanley Prison at around 10 a.m. and was greeted by some of his party members such as incumbent chairman Lo Kin-hei, as well as former lawmakers Emily Lau and Helena Wong.

With a notebook in his hands, Yeung gave a short speech outside the prison. “Hong Kong has become an authoritarian society, in which the government stresses social stability, obedience, loyalty and hard-line governance,” said Yeung.

He said that, under the city’s authoritarian governance, liberties such as academic and press freedom will be restricted and dissenting views will be limited, but he urged Hongkongers to “hold fast,” continue to “speak the truth” and preserve the core values of democracy, human rights, freedom and the rule of law.

Yeung’s nine co-defendants, including former Apple Daily boss Jimmy Lai, former lawmaker Albert Ho and Leung Kwok-hung, were jailed to 14 to 18 months for organising and participating in a National Day protest in 2019.

In the wake of the 2019 anti-extradition law protests and unrest, the authorities have denied there has been a crackdown on civil liberties, claiming that stability and peace have been restored following the onset of the national security law.

Almond Li is a Hong Kong-based journalist who previously worked for Reuters and Happs TV as a freelancer, and as a reporter at Hong Kong International Business Channel, Citizen News and Commercial Radio Hong Kong. She earned her Masters in Journalism at the University of Southern California. She has an interest in LGBT+, mental health and environmental issues.