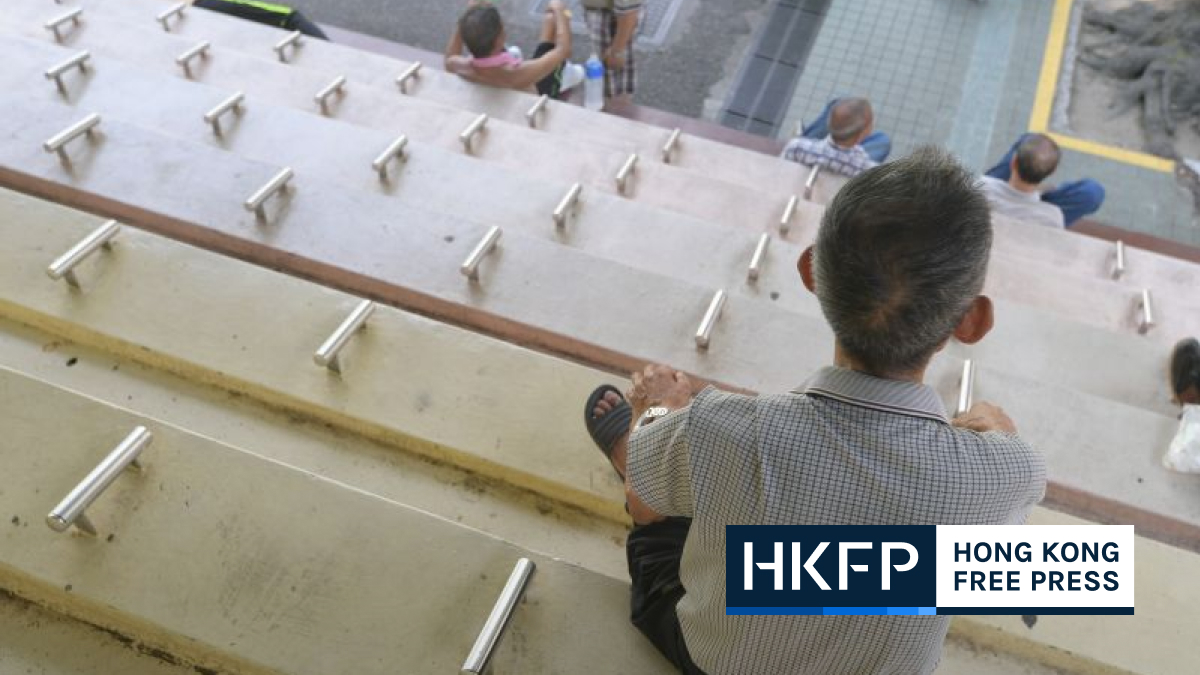 Hong Kong’s incoming leader John Lee and his administration should work to ease poverty among the elderly, Oxfam’s local branch has said, as a study by the NGO revealed that some senior households cannot survive on their income and “overspent” by around HK$1,500 each month.

In the report released on Thursday, Oxfam Hong Kong urged the next government administration, which will take power on July 1, to conduct a “comprehensive review” of the city’s policies for alleviating poverty among senior citizens.

Commissioned by the NGO, a research team at Felizberta Lo Padilla Tong School of Social Sciences interviewed 180 Hongkongers aged 60 or above in the latter half of 2021. More than 80 per cent of the respondents said the current social welfare payments were not enough.

The study found that 59 working interviewees received an average monthly income of HK$7,936 in 2019, but the amount fell to HK$7,144 during the Covid-19 pandemic. Oxfam estimated that a household with one working elderly person taking care of an unemployed partner would spend around HK$8,600 a month on rent, food, transport and other daily necessities. The amount would exceed the average individual monthly income by HK$1,456.

The elderly may need to fall back on their savings or rely on their children for financial support, the NGO said, but this may not be an option for all senior citizens.

“In reality, whether they have sufficient savings and support from their children is affected by a lot of uncertainties,” Oxfam said. “It creates a serious burden for families of two elderly people.”

The survey found that the main reason why the 59 elderly respondents decided to keep working despite reaching retirement age was financial needs. Others said they “did not want to age prematurely” and “wanted their lives to be more fulfilling.”

As of the end of last year, people aged 65 or above accounted for around 20 per cent of the 7.4 million Hong Kong residents. The minimum age requirement for Hong Kong residents to apply for different old age allowances was set at 65, with 70 set as the age for some. Citizens aged 60 to 64 could only apply for the Working Family Allowance, the NGO said, but they often failed to meet the working hours requirement as many only worked part-time.

Former chief secretary Lee, who was also an ex-police officer, was selected as Hong Kong’s next chief executive in an unopposed leadership race last month. In his election manifesto, he pledged to “provide care for the elderly and relief for the underprivileged.” The 64-year-old chief executive-elect suggested combining the regular and higher Old Age Living Allowance by introducing a “unified and more lenient asset limit.”

“Eligible elderly persons will be entitled to the Higher [Old Age Living Allowance], with a view to improve their retirement protection,” Lee’s manifesto read.

Oxfam Hong Kong director-general Kalina Tsang said elderly residents had “weak bargaining power,” leaving them with little choice but to take up jobs with low pay or “aversive” work. The charity called on Lee’s government to raise the monthly old age living allowance from HK$3,915 to no less than HK$4,4OO, saying the new amount would allow senior citizens to “live a basic life with dignity.”

“Under an ageing population, taking care of the elderly and alleviating poverty is a major task that must by tackled by the next government,” Tsang said.

The NGO asked Lee’s administration to lower the weekly working hours requirement of the Working Family Allowance from 72 hours to 36 hours, saying a change will extend the financial aid to senior workers who take on temporary jobs.

The authorities should also implement the latest changes to the offsetting mechanism of the Mandatory Provident Fund (MPF) as soon as possible, Oxfam’s Director of Hong Kong, Macau and Taiwan Program Wong Shek-hung added.

The amendment approved by lawmakers on Thursday – hailed as a historic moment by the city’s labour minister – will, from 2025, bar employers from dipping into a worker’s pension funds to make severance and long service payments. Wong said that, since the new legislation was not retrospective, grassroot citizens may still see their MPF savings being used as severance payments in the coming three years.

“The authorities must implement the relevant legislation as soon as possible. It will allow grassroot elderly workers to use their MPF effectively in supporting their lives after retirement,” Wong said.